Florence Pugh Celebrates Her Oscar Nomination With a Homemade Cocktail

Time to celebrate! Florence Pugh was nominated for her first ever Academy Award on Monday, January 13, for her work in Little Women and she marked the occasion by whipping up her “fave” homemade cocktail.

The 24-year-old actress took to her Instagram Stories hours after the Oscar nominations were announced to show off her bartending skills, which are pretty darn impressive.

Pugh began her silent drink-making tutorial of sorts by chilling a martini glass with some ice water. She then picked up a cocktail shaker, which was already full of liquor and ice, and gave her drink a good shake.

Later, the Brit attempted to cut part of a lemon rind off with a vegetable peeler, but she was forced to ditch the dull kitchen utensil for a knife when it failed to penetrate the fruit. Like a true pro, Pugh then tossed the ice water from her now cold glass and rubbed the inside of the lemon rind around the drinking vessel. As any skilled bartender will tell you, this little trick is a great way to bring out the flavor of a drink. 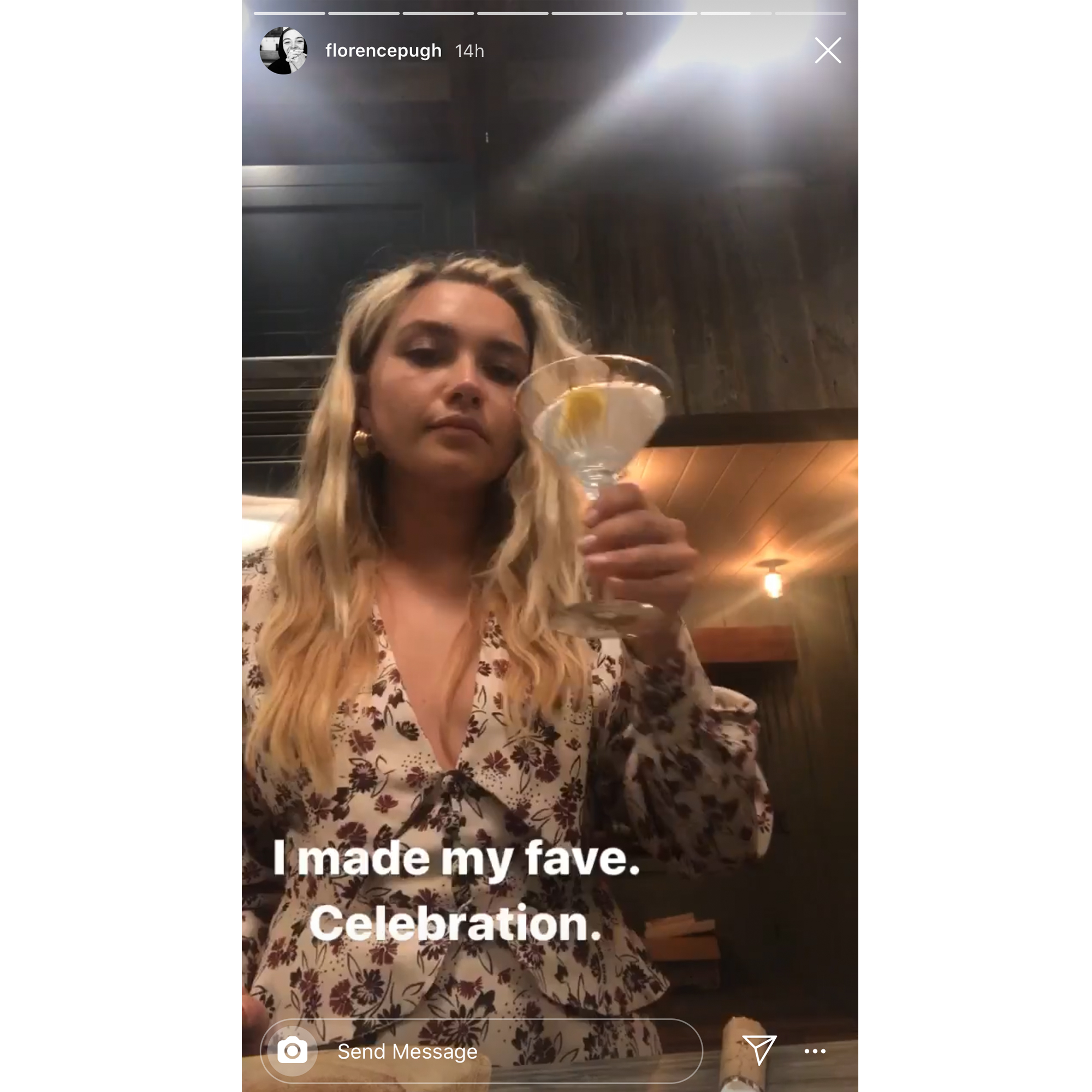 The Midsommar star — who is dating Zach Braff — finished up the process by straining the libation into her glass and garnishing it with that handy lemon rind slice. “I made my fave,” she wrote on her Instagram Story. “Celebration.” Though it’s not clear if the star’s go-to martini is made with vodka or gin, she was clearly happy with the result.

As Pugh took a sip of her creation she proudly declared: “Cheers.” The Outlaw King actress then wrote, “Cheers from me! Happy happy day.” 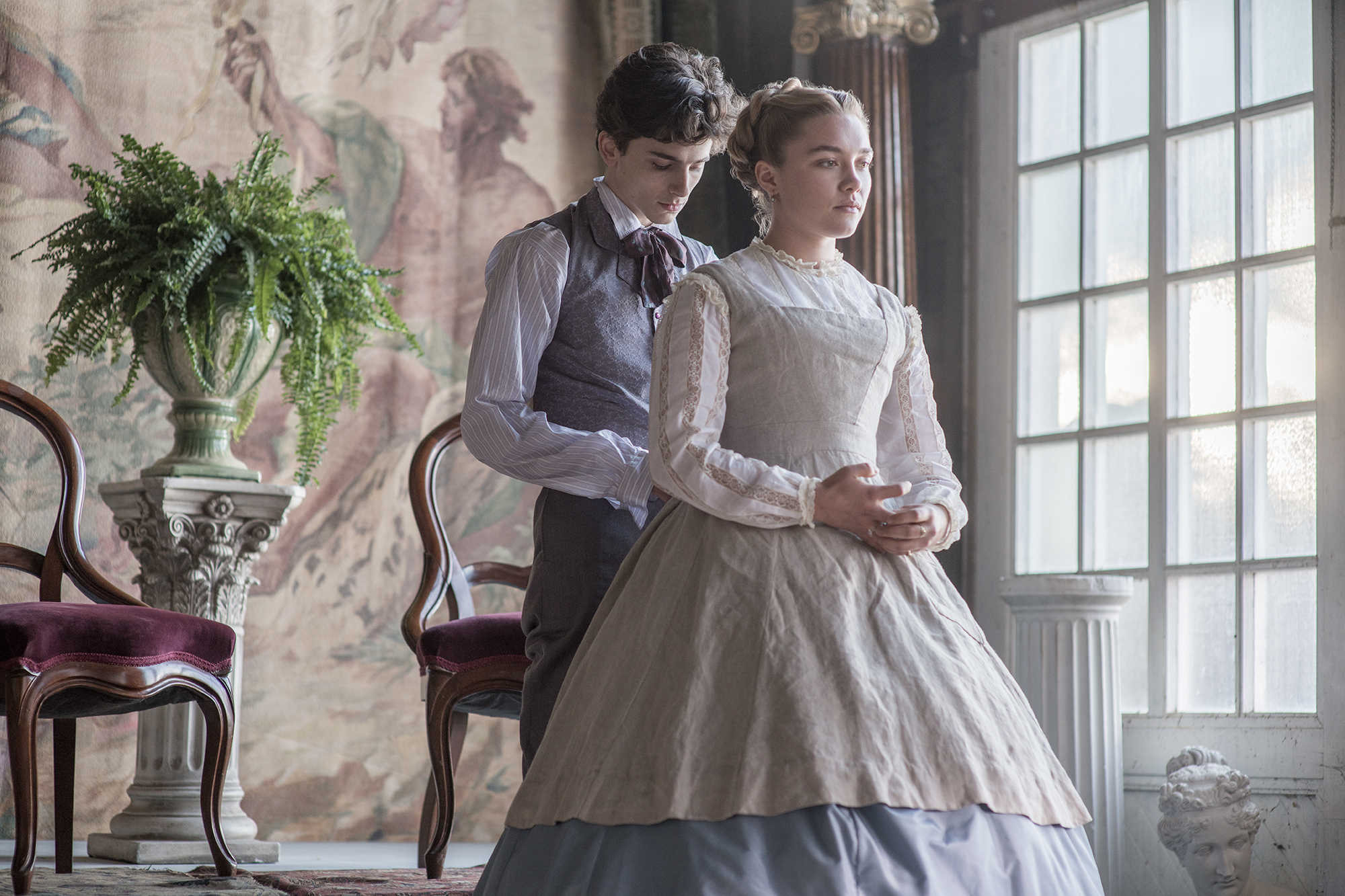 Before celebrating her Oscar nomination with a cocktail, Pugh, who is nominated for a Best Supporting Actress trophy and is up against Kathy Bates, Laura Dern, Scarlett Johansson and Margot Robbie, shared two snapshots of herself learning the happy news on Instagram. “Before the moment … the exact moment. #nominated #foraf–kingoscar!!!!!!” she captioned the photos, which were taken while she was still in bed.

“At 5:30 I heard the phone ring and it was nuts. [It was] the best slash weirdest alarm ever, to date, or maybe for the rest of my life” Pugh told Extra of the moment she found out about her nod. “I was in bed, I just woke up.”