When Married at First Sight couple Bronson Norrish and Ines Basic engaged in an ugly screaming match in 2019, culminating in Bronson calling Ines a “c–t” on air, Channel Nine’s senior executives urged producers to focus on happier pairings in subsequent seasons. (Nine is the owner of this masthead.) Nevertheless, fresh controversy erupted the following year when participant David was filmed scrubbing a toilet with his wife’s toothbrush in retaliation for the “not very ladylike” mess she’d left in the bowl.

“There was a fair bit of tit-for-tat and conflict for its own sake,” admits executive producer John Walsh, promising this year’s season will be more “palatable”. But if you think MAFS is in danger of becoming a drama-free love-in, think again. 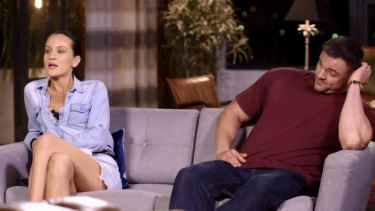 Cut the tension with a knife: infamous 2019 couple, Ines and Bronson. Credit:Nine

“If you don’t like conflict, don’t watch the show,” says the program’s longest-serving relationship counsellor, John Aiken. “But if you like love stories – or you’re in a relationship and you want to know what to avoid or how to do things better – this is a show for you.”

The biggest turn-off for viewers, Walsh and Aiken believe, is a suspicion that a small number of MAFS stars are more interested in cultivating Instagram followers than finding true love. (Or in reality show parlance, they are “not here for the right reasons”.)

“There was a perception that some participants weren’t genuine,” Walsh says. “When we were casting this season, we were clear that we wanted people who were sincere in their quest for love and I do believe we’ve achieved that. This season still has drama but it’s more organic; it comes from the natural interplay between the couples and within the group.”

“We’re holding them to the spotlight in terms of problem behaviours.”

This group includes 29-year-old Belinda, a door-to-door saleswoman who has never had a boyfriend; Melissa, a 31-year-old workplace trainer who has never been on a date; Booka, a 31-year-old musician and mental health worker; and Jake, a 32-year-old ex-AFL player who now runs a charity. Some participants talk openly about their mental health struggles or the devastation of being cheated on by their former partners, while others admit to having been unfaithful themselves. 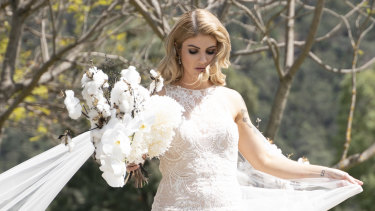 Musician and mental health worker Booka, 31, appears in the new season of Married at First Sight.Credit:Nine

Invariably, these past hurts obtrude themselves in the present, manifesting as angry outbursts or wounded sulks. These moments can be uncomfortable to watch, says MAFS′ dating expert Mel Schilling, but they’re essential to the program.

“People come up to me after speaking engagements and say, ‘Wow, when I saw what happened with this couple last night, I realised this is an issue in my own relationship’,” Schilling says. “They’ll say, ‘I implemented the advice you gave and it’s changed my relationship for the better.’ I love knowing it has an impact on people at home.” 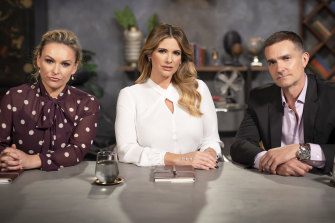 This year, Aiken and Schilling are joined by Puerto Rican sexologist Alessandra Rampolla.

“When people find out I work in sexology, it’s like I’ve given them permission to talk openly about sex,” Rampolla says. “Some participants in this season would get into the nitty gritty without me even asking.”

Such frank discussions are a welcome change for Walsh.

“We used to tiptoe around sex by calling it ‘intimacy’,” he says. “Whereas Alessandra being on the show just opened the floodgates. I was surprised at how open the men in particular were because that’s not something we’d seen previously.”

According to Aiken, the couples in this season face greater scrutiny of their actions.

“We’re holding them to the spotlight in terms of problem behaviours,” he says. “We’re throwing the onus on them to do things differently if they want to make it work. The way we talk to them is very direct and blunt at times – but it needs to be.”

“We’ve seen campaigns in the past, like the ones aimed at Alan Jones, that were successful in persuading advertisers to stay away,” Willee says.

“But [a certain level of conflict on screen] is also appealing to sponsors because it makes viewers more engaged in a program – and that combination of high ratings and high engagement is something they pay a premium for.”