For ‘The Other Two’ Star Drew Tarver, Art Imitates Life 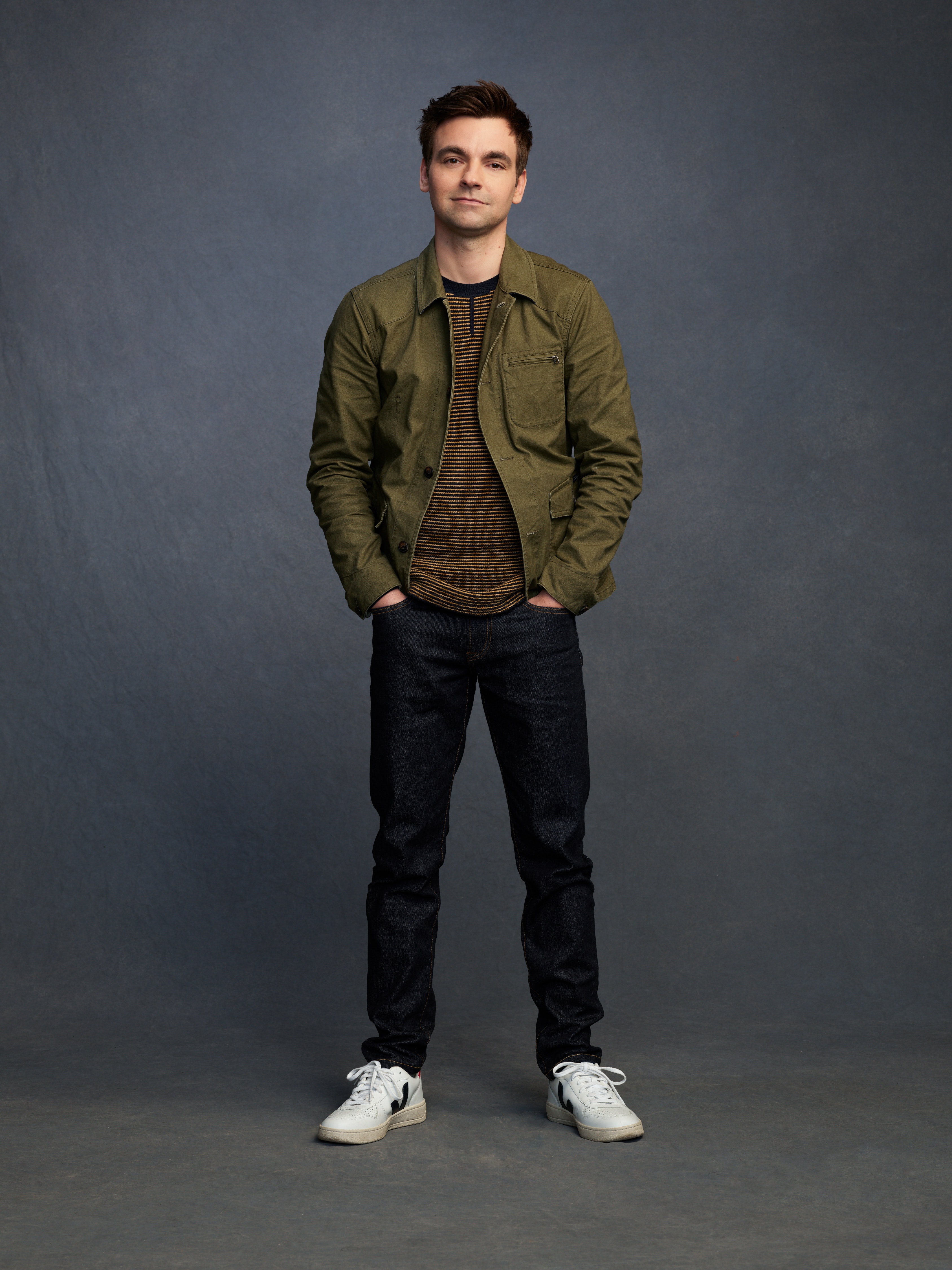 The lines between Drew Tarver’s chosen art form and his real life have always been blurry. On television, he plays The Other Two’s Cary Dubek, the older brother of a famous young pop star. In real life, he’s also the older brother of a former child star (now grown up, his sister Katelyn became quite famous after appearing on the American Idol spin-off American Juniors and being cast on Nickelodeon’s Big Time Rush). Tarver caught the performance bug when he and his family flew from Georgia to L.A. and watched his sister perform on television. He became a comedian, performing at Upright Citizens Brigade in New York and L.A., landed some roles here and there, and was then cast on The Other Two, created by Saturday Night Live alums Sarah Schneider and Chris Kelly.

The first season of the sleeper hit show focuses on Carey and his sister Brooke grappling with their brother’s newfound fame. In the second season (recently resurrected from Comedy Central for streaming on HBO Max), not only has their brother—who goes by the stage name Chase Dreams—made it made it, their mom, Pat (Molly Shannon), has too. Just like the first season, The Other Two pokes and prods at the ridiculousness of pop culture and the entertainment industry, but now, Carey has to contend with the idea of riding the family’s fame wave in a way that might benefit his own acting career.

Tarver recently called W to chat about the second season of The Other Two and the uncanniness of seeing himself in a character like Carey, as well as give us a peek into his actual pop culture interests, from his latest binge watch to his favorite podcasts.

Your character, Cary Dubek, has a younger brother who goes by Chase Dreams, and is catapulted to superstardom after releasing some viral YouTube hits. Can you relate to Cary at all, since your sisters were famous at a young age?

It’s very strange how similar it is at times. I definitely was able to bring that to the audition. Some of this stuff is dead on—are you guys making fun of me?

Carey’s finding a little bit of success this season, not only in his work but in his romantic life, too. But does he really want to be this close to celebrity and fame?

Carey is inching towards his goal. But what does it feel like when you get something that you want? Does it fix you? Does it make you feel good? Everything is not how he thought it was going to be and he needs to change his mindset. He keeps moving the goalposts for himself. He’ll hit a thing that he wanted to do. And he’s like, no, it’s not this, it’s the next thing. We can all relate to that feeling of “This is my dream. Here’s what I’m currently doing to maybe get close to it.” Trying to be happy in the moment you’re in is something Carey struggles with.

Let’s get into the Culture Diet questions. What’s the first thing you read in the morning?

The first thing I read this morning was an eBay auction that I am in the running for. I want to get these boots and put new soles on them. But should I just get new ones? What am I doing? Trying to refurbish some old boots? I’m going to have to find a cobbler.

How do you get your news?

What are some other podcasts you like to listen to?

I like Conan O’Brien Needs a Friend and Comedy Bang! Bang!.

What are your favorite accounts to follow on social media?

Within the last week I’ve watched so many packing videos, where they fold clothes into little round balls and put them in cubes and then pack them into a suitcase for a hypothetical trip. But it’ll be some guy saying, I’m going to Paris for five days and I’m taking half of a toothbrush, a shoe string and this piece of cheese and that’s all I need. I’m very interested in how they make it work. I don’t think I could ever pack that lightly.

What’s the last thing you Googled on your phone?

This is dark. I think the last thing I Googled is “cement coffin box.” Nobody passed away or anything, but I was almost positive that coffins don’t just go in the dirt; I thought it goes in a box before it goes in the dirt. My friend I was hanging out with was like, no, no, no, you just put the coffin in the dirt. So I Googled “cement coffin box” and I found that those do exist, but they’re called grave liners. [Laughs.]

Are there any TV shows keeping you up at night?

I keep watching the Tim Robinson sketch show, I Think You Should Leave. I binged it when it first came out, but I go back to specific sketches. There are sketches about this guy, Detective Crashmore, and I can’t stop watching.

What’s the last film you saw in theaters?

I did see the most recent Fast & Furious movie in theaters. I had had a really long day, so I did fall asleep in the middle of it. It was in those theaters where you can recline fully flat. And if I get flat, it’s over for me, I’m asleep. No disrespect to the movie.

What’s the last song or album you’ve had on repeat lately?

Leon Bridges’s most recent album; Tyler, the Creator’s Call Me If You Get Lost; I like Rex Orange County; I’m always going back to Frank Ocean.

What about the last concert you went to?

Oh my god. Concerts. I miss them! I went to see Dead & Company—you know, a version of the Grateful Dead—at the Hollywood Bowl. They were really good. But I did get shushed at one point, like 20 minutes into a 30-minute song. But the person was right because you do need to respect the last third of the “Terrapin Station” jam.

What’s the last thing you do before you go to bed?

I sleep on my stomach. So I need the flattest pillow, otherwise it pushes my neck back, so my pillow is basically three cotton balls in a sack. The last thing I do is smash my pillow. Have you ever seen a dog digging and smashing and throwing itself down? I’m basically doing that right before I sleep.