Grace Kelly, Marilyn Monroe and…? Who?

When Bendigo Art Gallery was brainstorming the next edition in its series of blockbuster exhibitions on the world’s great style icons, director Jessica Bridgfoot had a brainwave.

“Elvis?” she asked the meeting, a little tentatively. 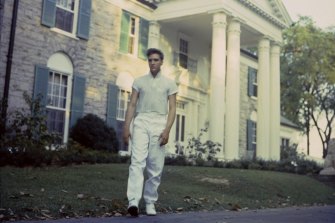 But after years of negotiation and curatorial work, it’s happening. Elvis Presley: Direct from Graceland will open in March next year, featuring about 300 precious, extraordinary artefacts from the life and career of one of culture’s pivotal figures, scoured from the Graceland archives.

There will be big-ticket items: the MG from Blue Hawaii and his custom Harley. Clothes, jewellery and a lot more clothes: a dazzling array of jumpsuits, of course, military uniforms, movie costumes, and Elvis’ and Lisa Marie’s wedding outfits.

There will also be intimate insights into the private Elvis: Lisa Marie’s baby clothes, his first job application, even the crayon box he took to his first day of school. 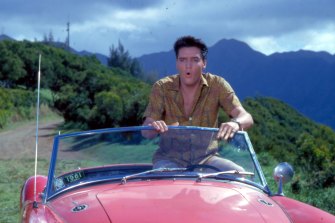 Bridgfoot says Presley was one of the first of many musicians who transcended their form to influence every corner of popular culture.

“His look is so incredible, and iconic, but his stories are fascinating as well,” she says. “There was a lot to say in this exhibition, and there were a multitude of different ways that we could have taken it.”

They contacted Graceland and pitched the idea.

“Elvis has a really big fan base here in Australia… so I don’t think it was a question for them as to whether this would be a popular exhibition here,” says Bridgfoot. “The Yellow Wiggle had a museum in the Gold Coast for a while but that was really dedicated to objects he had collected at auction. Graceland has never staged an exhibition of authentic Elvis artefacts and objects [here] so I think they could see the potential.” 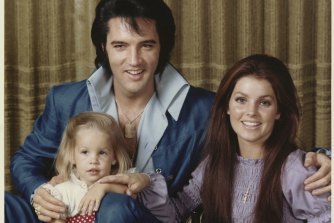 Presley is one of the most significant figures of 20th century pop culture, says Bridgfoot, appearing at the start of the 20th century’s cultural Renaissance and rewriting the rulebook even as he pumped out unforgettable songs.

“We’re not approaching this necessarily from a biographical point of view. The narrative that we want to extrapolate and illustrate is Elvis’ incredible sense of style, that permeated his whole career and created this iconic look that still lives on in fashion and pop culture today.”

In previous “style of” exhibitions they have been working with other museums and galleries: this was a little different. Presley’s legacy and estate are a corporate entity, centred on his Graceland former home, rescued from the brink of bankruptcy and dissolution after his death by Priscilla, his determined ex-wife and mother of his daughter Lisa-Marie.

It was a “different style of negotiation”, says Bridgfoot: they had to connect with Graceland’s passion for the singer, their role as custodians not just of his estate but of his legacy. 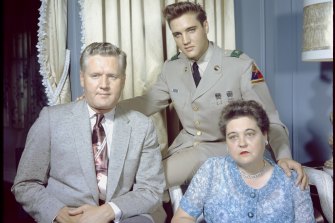 Once they gained their trust and built a relationship, it was rewarded with a new level of access to treasured objects in the collection.

While they never spoke directly to Priscilla or Lisa-Marie, they know the pair are intimately involved with the Graceland team. Suggestions came back from Graceland to include objects that fleshed out Elvis’ family life: some private photos and her wedding dress, for example. 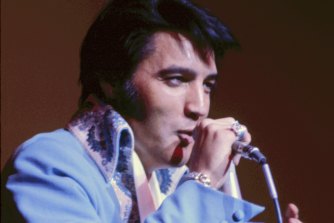 Lauren Ellis, Bendigo’s curatorial manager, has climbed a curatorial mountain for the show. Usually for something like this she would have travelled to Graceland to view the archive herself. Thanks to the pandemic she was confronted with a “giant Dropbox full of images”, and there were endless Zoom meetings to try and get her head around what was on offer, and how she could shape it into a cohesive exhibition.

“It’s a big, dense story,” she says. “There are so many facets to his career, his life.”

She wanted to go right back to his origins, born into poverty in rural Mississippi, then “emerging overnight as a celebrity on a scale that had never really been seen before”.

And as his music exploded, she wanted to show how he constructed his image around that: “it’s the first of what has become commonplace today, to be in the public eye and construct a strong image and celebrity style”.

She wanted to look at the designers he chose to partner with, the couturiers he worked with – and of course, the hairstyles he explored. 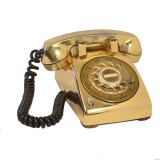 The gold telephone from beside Elvis’s bed in his Graceland bedroom.Credit:© EPE. Graceland

Some minor items have the biggest impact, says Ellis. “The small quiet objects like his last couple of credit cards that are dated to expire in the year he passed away, or the crayon box that he took to school, that you can just imagine his mother keeping and treasuring because that was her beloved only son.”

And of course, there’s the record collection that reveals a broad range of interests where he found his influences: from classical music to country and western hillbilly music, from Appalachian folk to the black musical avant-garde in Memphis in the 40s.

In the end, says Bridgfoot, they wanted to create a show that would appeal to more than just Elvis superfans, but to anyone with an interest in fashion, music, celebrity culture and social history.

“He’s the original pop icon,” she says. “He created his own image from scratch: no stylists, no people telling him how to be, how to dress. He was all driven internally from his own creativity. And it’s remarkable.

“There aren’t many celebrities or musicians or artists around today that you would say in 50 years time people are still going to be talking about this person.”