HE is on a mission to help our pets  . . . and is here to answer YOUR questions.

Sean, who is the head vet at tailored pet food firm tails.com, has helped with owners’ queries for ten years. He says: “If your pet is acting funny or is under the weather, or you want to know about nutrition or exercise, just ask. I can help keep pets happy and healthy.”If you want him to answer a question for YOU simply email him at [email protected] 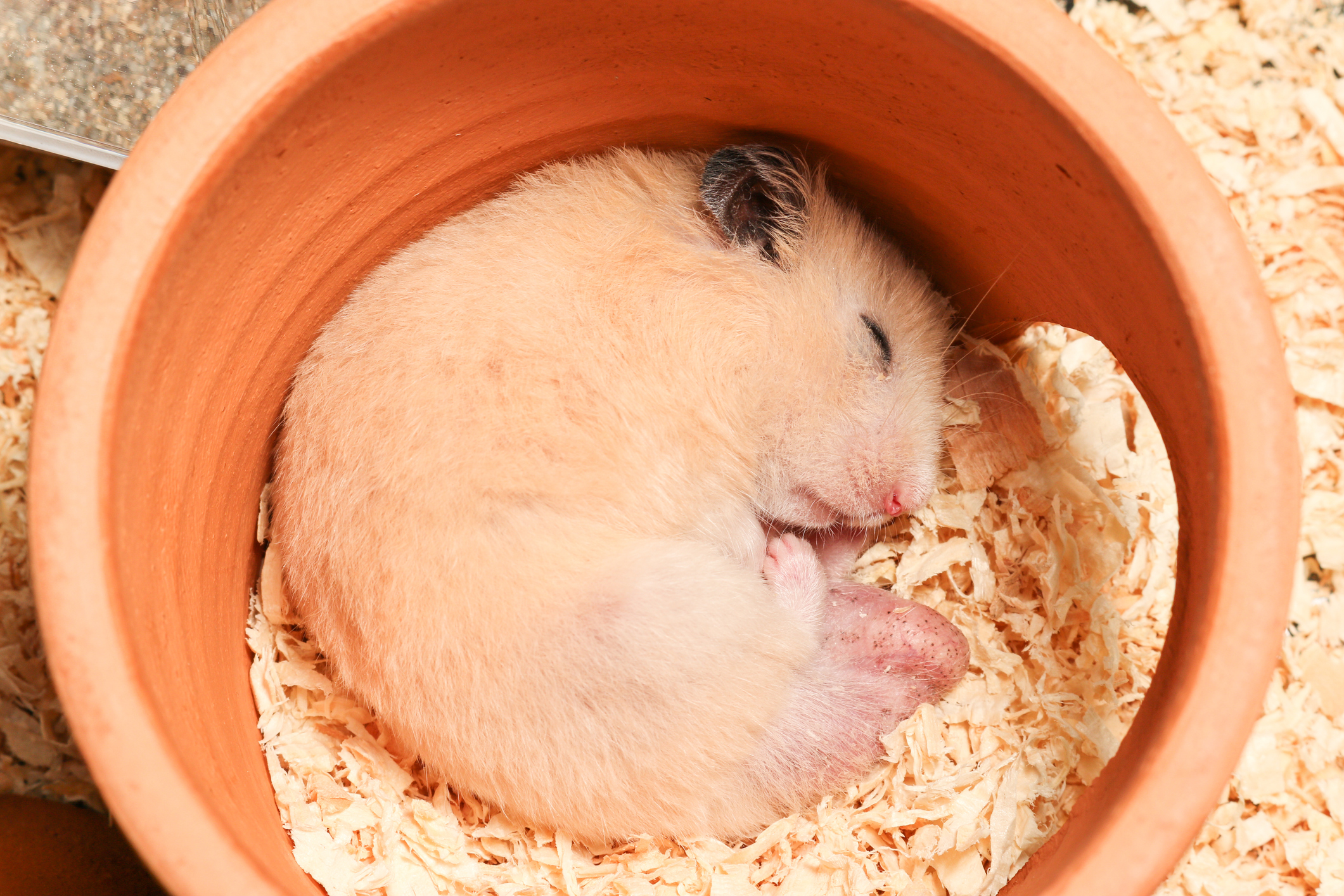 fun as she’d hoped, because it sleeps all day.At nighttime we hear its squeaky wheel going round.

Is there a way of changing its nocturnal habits?

Taking hamsters out during the evenings, with the lights down and letting them play in a safe run, can be fun.

But it isn’t a great idea to wake them in the day, as they can get cranky.

I recommend guinea pigs or rats as small pets for kids. Hamsters and even rabbits are not the best choice.

Got a question for Sean?

SEND your queries to [email protected].

Q) I HAVE an eight-year-old mixed- breed dog called Louie who has started chewing clothes, even pulling them off radiators.

A) I’m assuming that Louie is on a complete and balanced diet formulated by a professional animal nutritionist. Right?

If so, we can rule out nutritional issues causing him to eat unusual things — a condition called pica.

Aside from that, it could be a behavioural issue. Is he bored? Does he have appropriate toys to chew?

You could try to occupy him with puzzle feeders so that he has to work for his food.

It’s fun and provides great mental stimulation, which will tire him out and perhaps help curb his destructive habits.

More daily exercise and interaction will help, too.

He’s a lovely dog but the fits are becoming worse and a recent one lasted 20 minutes.

He is on medication from the vet. We are at our wits’ end. Please advise what medication he should be on.

A) It’s tricky for me to give detailed advice without being Jake’s vet and knowing his full medical history.

There are several options for treating epilepsy in dogs, and I know it’s scary to go back to your vet saying the treatment isn’t working, for fear of getting bad news.

But your vet will want to discuss new options and make sure both you and Jake are happy.

There are several medications, like Phenobarbitone, Bromide, Gabapentin and Diazepam, used to treat epilepsy in dogs.

Sometimes it takes a bit of experimenting with treatment combinations. Go back to the vet to discuss next steps, and they’ll get things under control.

Q) MY two dogs Ronnie and Reggie love to play with others we meet in the park.

But I’ve noticed other owners often call their dogs away, as they think they’re aggressive.

I don’t think my two mean any harm, but how can you distinguish between rough play and fighting?

A) Are Ronnie and Reggie Staffies, by any chance? Some breeds like Staffies can look very mouthy, with a lot of teeth showing, during rough play That’s scary to people not familiar with these breeds.

There’s no hard and fast rule, it depends on the other dogs they play with and their comfort level.

Some rough play is great, and sometimes we read too much into it or put human feelings on to it.

Dogs play with their mouths and it can look aggressive. The time to cool it down is if the other dog is showing fearful body language, or real aggression kicks in.

Star of the week 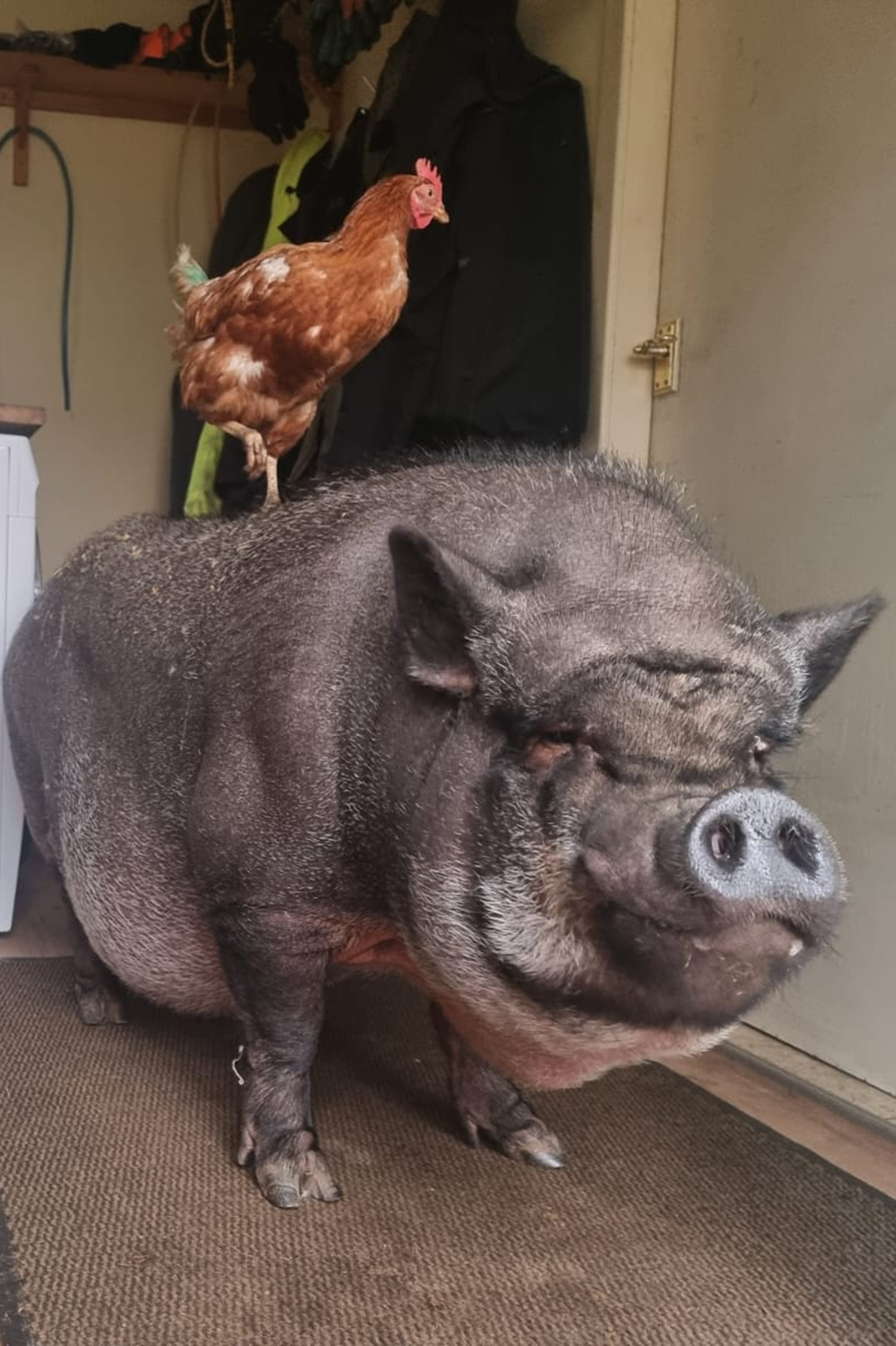 PAMPERED pig Francisco hates being outside so much that he lives in his own bedroom with his caring owner Morag Sangster and her husband John Ryan.

When the couple, of Clyde Valley, South Lanarks, rescued him they tried to put the pot-bellied porker, five, outside but he refused.

Morag, 55, said: “He was a rescue because he’d been bought as a micro pig but grew and grew. He’d got used to sleeping in a bedroom and when we took him outside he ran back in.

“He is like a real-life Babe from the film and is a surrogate parent to our dogs, lambs and chicken. The four dogs share a bedroom with him. They all jostle for position to cuddle in to his warm tummy.”

MANY of us are starting January health kicks and now your dog can, too.

How to keep bill shock at bay

ONLY 3.4 million dogs in the UK out of an estimated 12 million have insurance to cover them for illness.

The reason most pet owners go to the vet is because of canine skin conditions, costing on average £483 to £755 to treat. 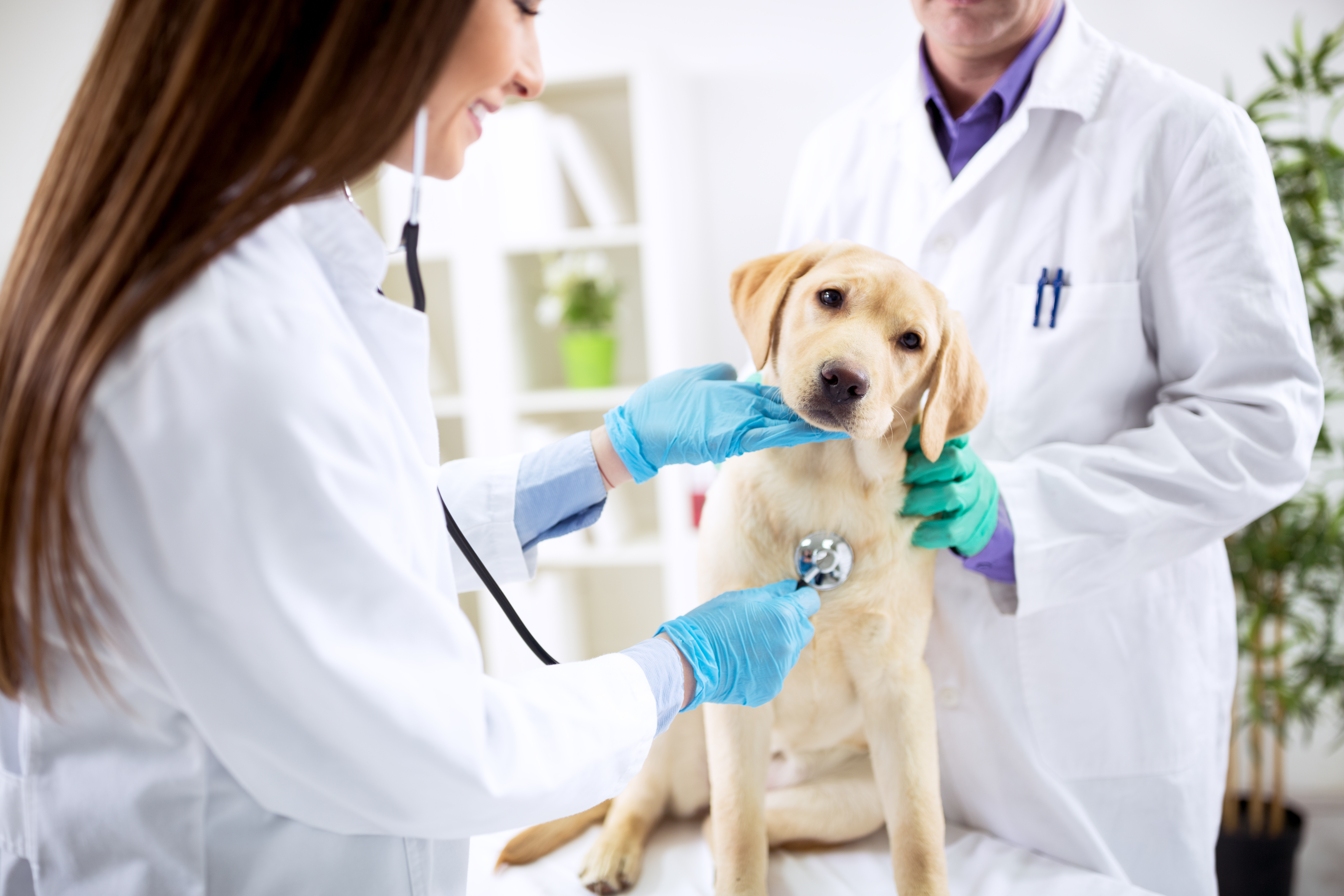 The second most common ailment is stomach problems, including a dog eating something it shouldn’t, with X-ray costs averaging £289.

Salman Haqqi, of money.co.uk, said: “It can be difficult to manage unexpected vet bills.

"The type of illness and injury will affect the fees, with chronic conditions costing more than a simple infection.”

He didn’t have insurance when Delcee was struck with pancreatitis in 2015.

He said: “As we didn’t have pet insurance we had a large bill. We took out a policy straight afterwards. It gives us peace of mind.”