Offence taken! Texters reveal the most brutal messages they’ve received – including a woman who was told she might not have been dumped if she ‘cried less’

It’s easy to misinterpret what someone is saying over text, but these blunt messages were deliberately sent to cause offence.

Daily Stuff has rounded up a selection of hilariously ‘savage’ text messages from around the world that went viral after being shared on social media, including a man, who told his neighbour that she wouldn’t have been dumped if she cried less.

One person mocked their friend for spending their life watching a TV series, while another showed no sympathy to the sender of a text message complaining about being unable to sleep. 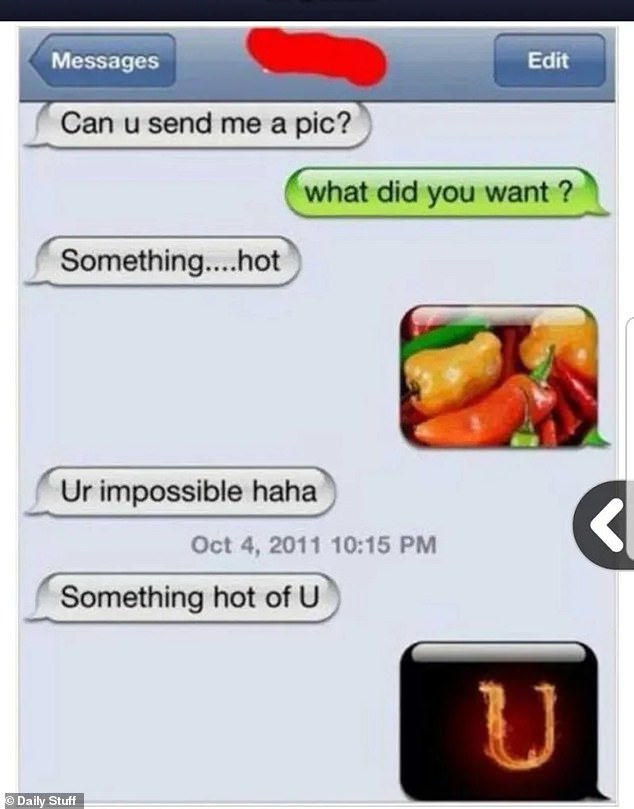 Is this hot enough for you? A woman had a very clever response to a man looking for an X-rated photo 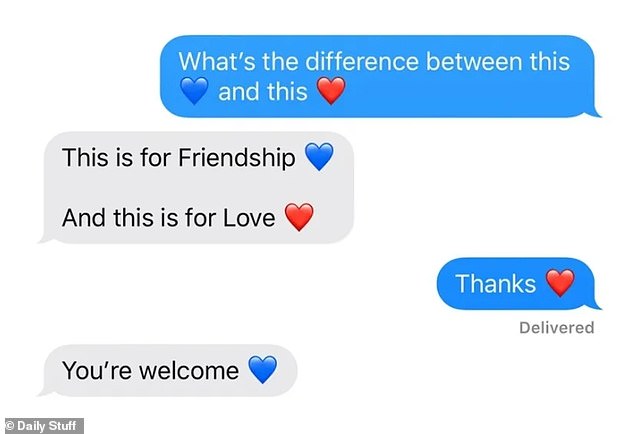 Roses are red, violets are blue: One person gave a not-so-subtle hint that the feelings aren’t mutual 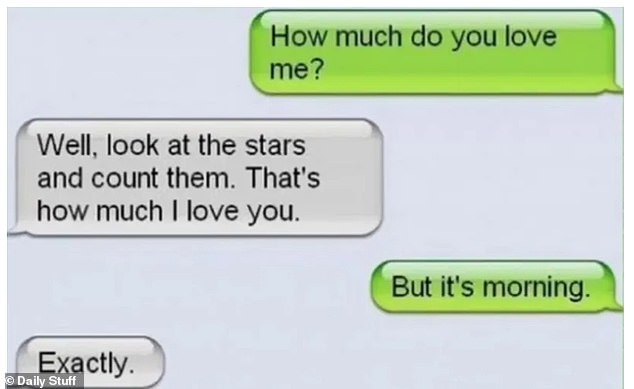 Clear as day! One person came up with a rather poetic way of saying ‘I’m not interested’ 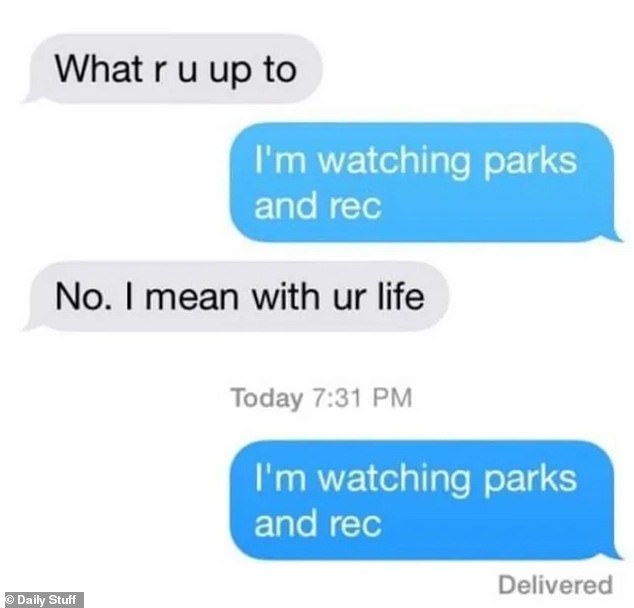 Life goal achieved! One person mocked their friend for saying they are spending their time watching a TV series 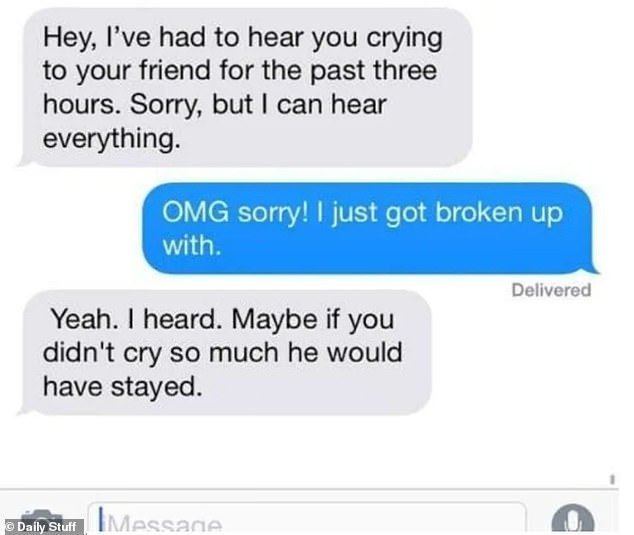 From heartbroken to heartless! A man texted his neighbour complaining about the sound of her crying after a break-up 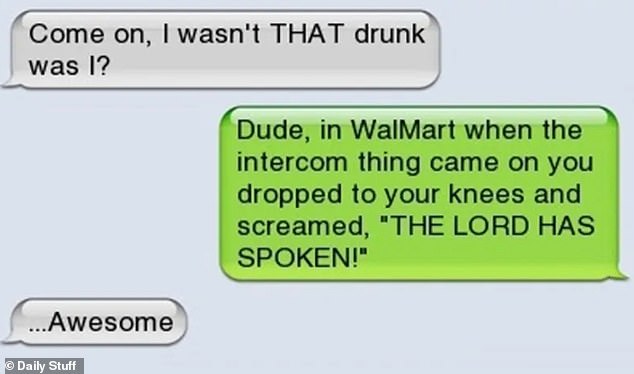 About last night: One person, who lives in the US, sent their friend a paragraph quoting what happened after a drunken night out left them embarrassed 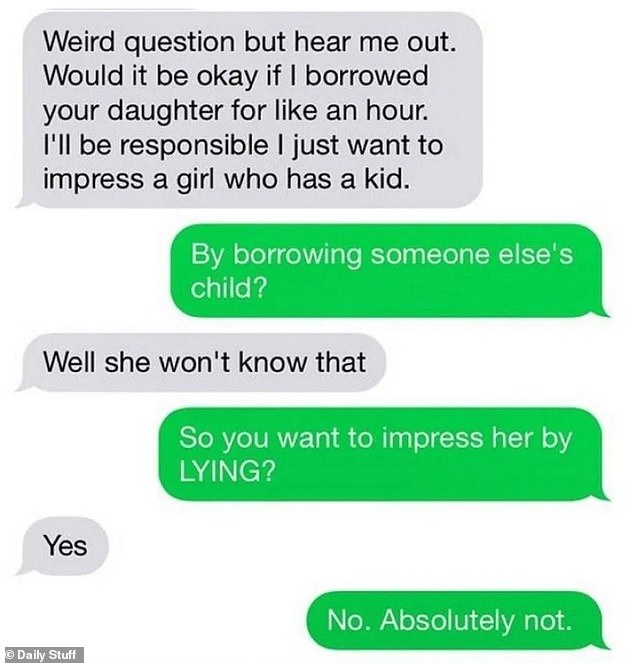 Anything to bag a date! One man revealed the lengths he is willing to go to in order to impress a woman 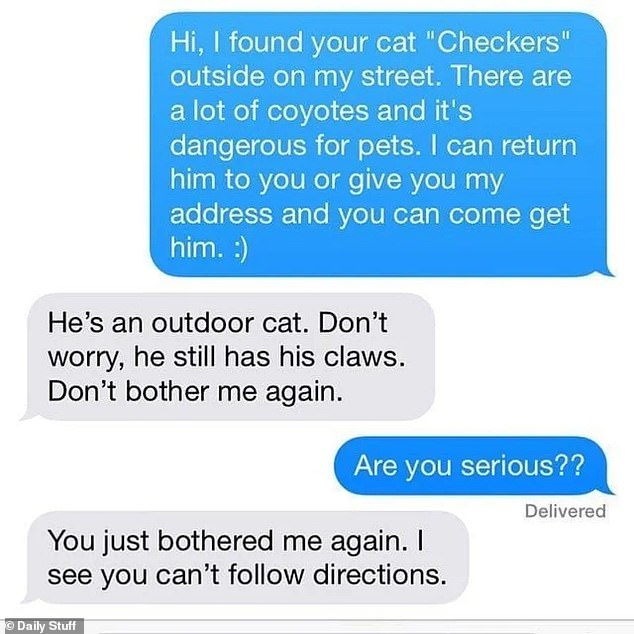 Are you fur-real? This cat owner was pretty straightforward in rejecting a Good Samaritan’s offer to help 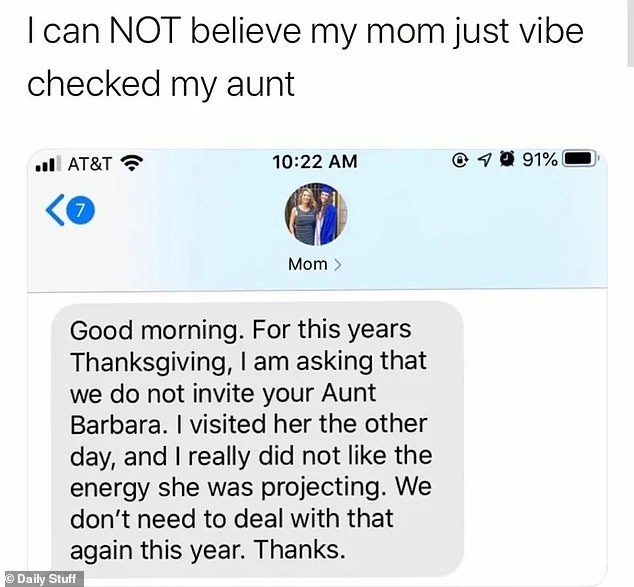 And they say blood is thicker than water! This American mother took no prisoners when it came to disinviting aunt Barbara from the family Thanksgiving 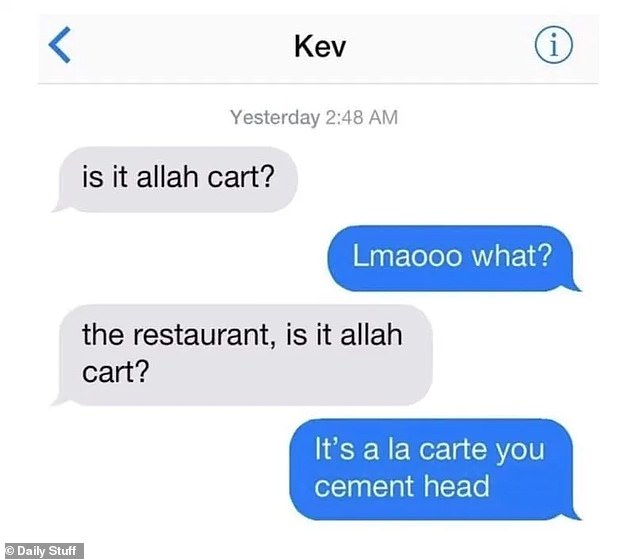 Check your spelling! This friend was left exasperated when a pal got confused over the menu 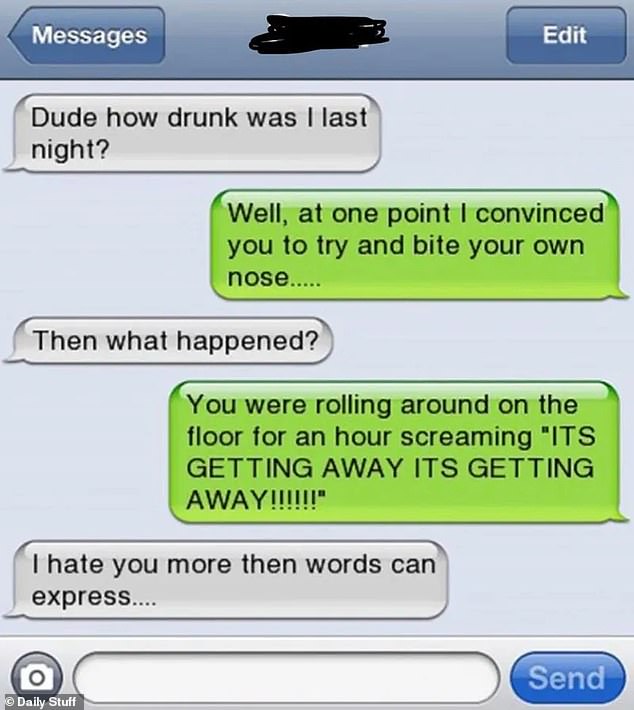 Maybe he had one drink too many! This person didn’t hold back when it came to telling his friend the truth