Swede is one of the most unweildy vegetables to prepare with it tough skin and hard flesh, but now a hack has emerged for easy cooking with no chopping or peeling required.

All that’s required is placing the whole vetegable in the microwave for 20 minutes, and then scooping out the flesh and mashing.

The fruit and vegetable shop uploaded pictures of their latest discovery to help out other home cooks, and the post quickly racked up more than 9,000 shares.

Country Gardens greengrocers in Selsey, West Sussex, shared a new hack they were taught by a ‘chef extraordinaire’ which allowed them to make swede mash in two simple steps

In order to prepare the swede, which the couple make at their home where they live with their children Gabrielle and Lucas, cooks should simply place the whole vegetable into the microwave without piercing it and set it to cook for ten minutes.

Once the timer on the microwave pings, turn over the root vegetable and then cook it for a further ten minutes.

When finished, leave it to cool before scooping out the now soft centre and add your desired amount of butter and seasonings.

After sharing their nifty trick, the post went viral and gained more than 3,600 and 9,300 shares with people expressing their amazement for the cooking technique. 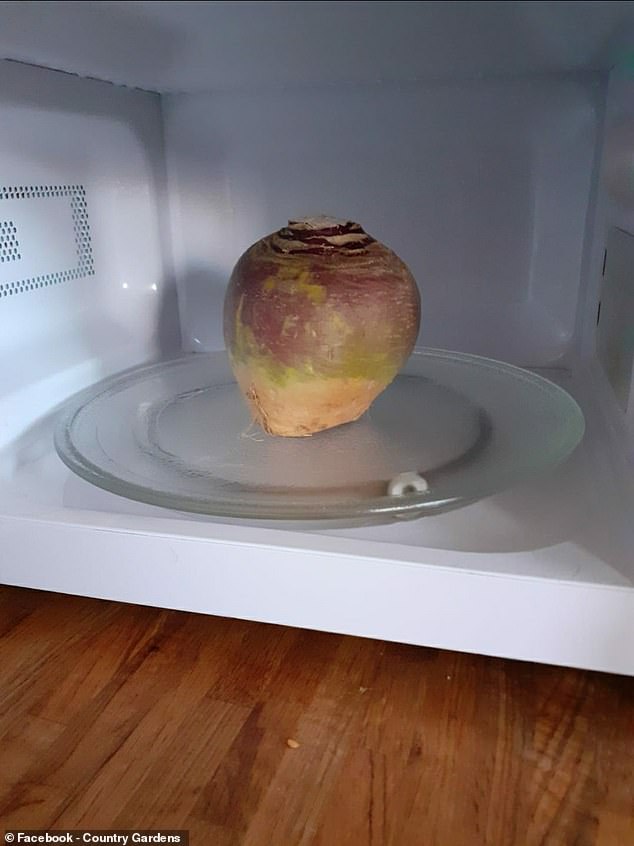 To make the quick and easy swede mash, cooks can simply place the raw swede inside the microwave, without pricking it, and set it to cook for ten minutes 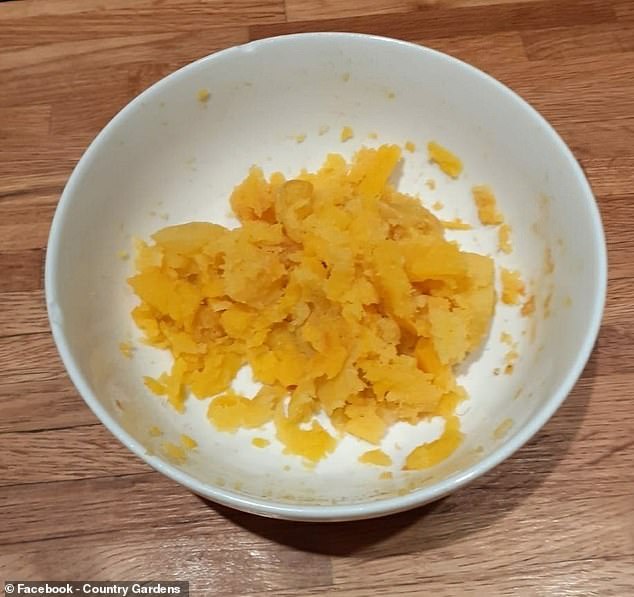 One impressed person wrote: ‘Brilliant! Thank you. I have arthritis in my fingers and find peeling a swede very difficult indeed.

‘This is the answer to my prayers. Thank you again!’

Another woman agreed, saying: ‘This is of great help, as it gets harder to peel with your hands as you get older.’ 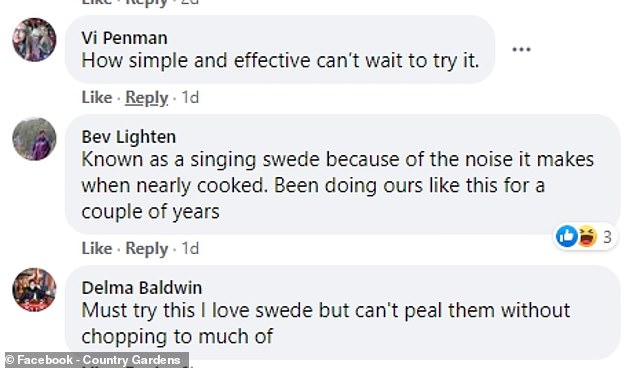 After posting the nifty hack on their Facebook page, thousands of people took to the comments to share their appreciation for the greengrocers sharing it

Others marveled at how ‘simple and effective’ the method was and said they could not wait to try it out themselves.

BUt some people were not so impressed, with several commenters noting that they had been ‘doing this for years’.

Another noted that by placing the root vegetable in the microwaved they would have ‘zapped all the goodness out’.

While most people shared their amazement at the handy technique, some people were not so impressed, stating they had been doing it for years