Grimes is auctioning off two of her iconic accessories from the 2021 Met Gala to benefit BIPOC (black, indigenous and people of color) families in war-torn Ukraine.

The art-pop musician, 34, made the announcement Monday on Instagram, informing her followers that she is selling her “Dune”-inspired metal face mask and matching elf ears from last year’s futuristic look to “raise money to help get BIPOC families out of Ukraine since they’re having trouble exiting at the border 🤍.”

The Chris Habana hard-shell facial covering is valued at $1,200, while the intricate elven ear cuffs by Sofia Pavlova are estimated to be worth $1,500.

Both will be available on Artsy until bidding closes on May 26. 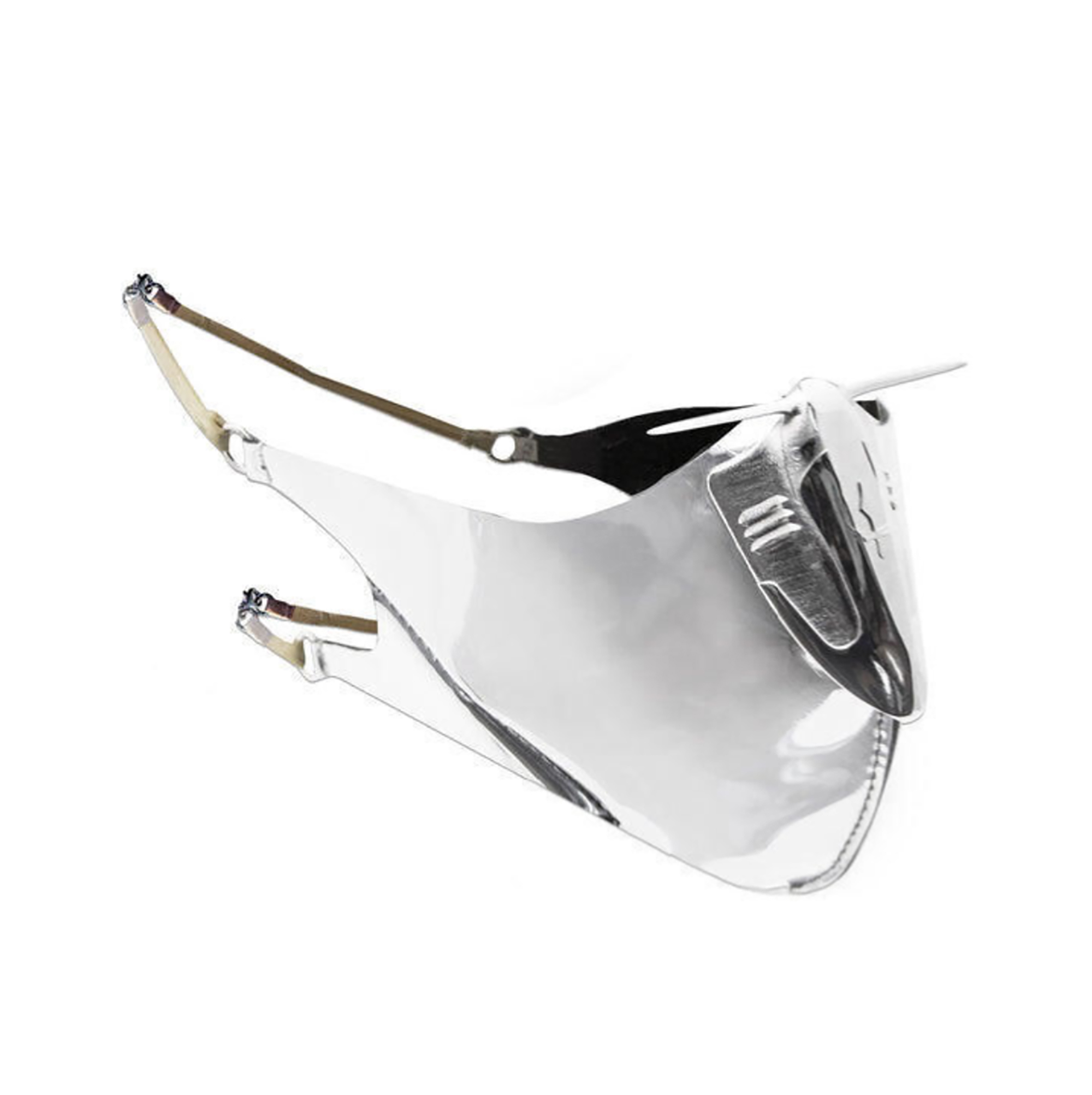 Grimes — who was dating baby daddy Elon Musk at the time of the September 2021 soirée — paired the silver accessories with an Iris van Herpen silk gown and walked the pink carpet with a medieval-style sword, which was borrowed from the Met and made from a melted-down AR-15 assault rifle.

Grimes’ Met Gala memorabilia are among dozens of artworks and ephemera that embody “resistance” and were featured in an exhibit at HVW8 Gallery in Los Angeles, Calif. 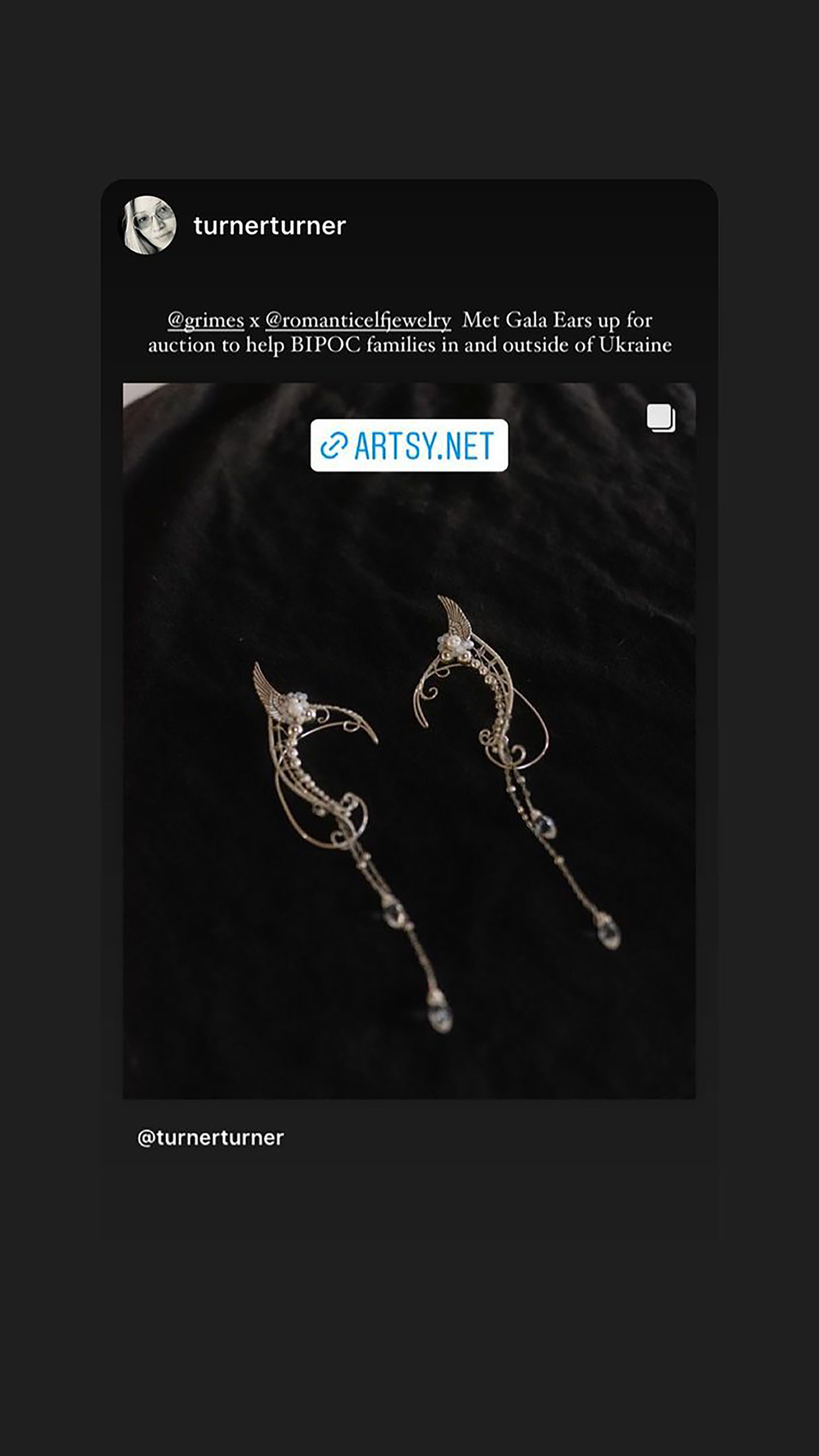 As Grimes notes in her post, all proceeds from the auction will go to Diaspora Relief and Razom, both of which are providing emergency response, food, shelter and evacuation support in Ukraine and at the Polish border, with a particular emphasis on assisting BIPOC families. 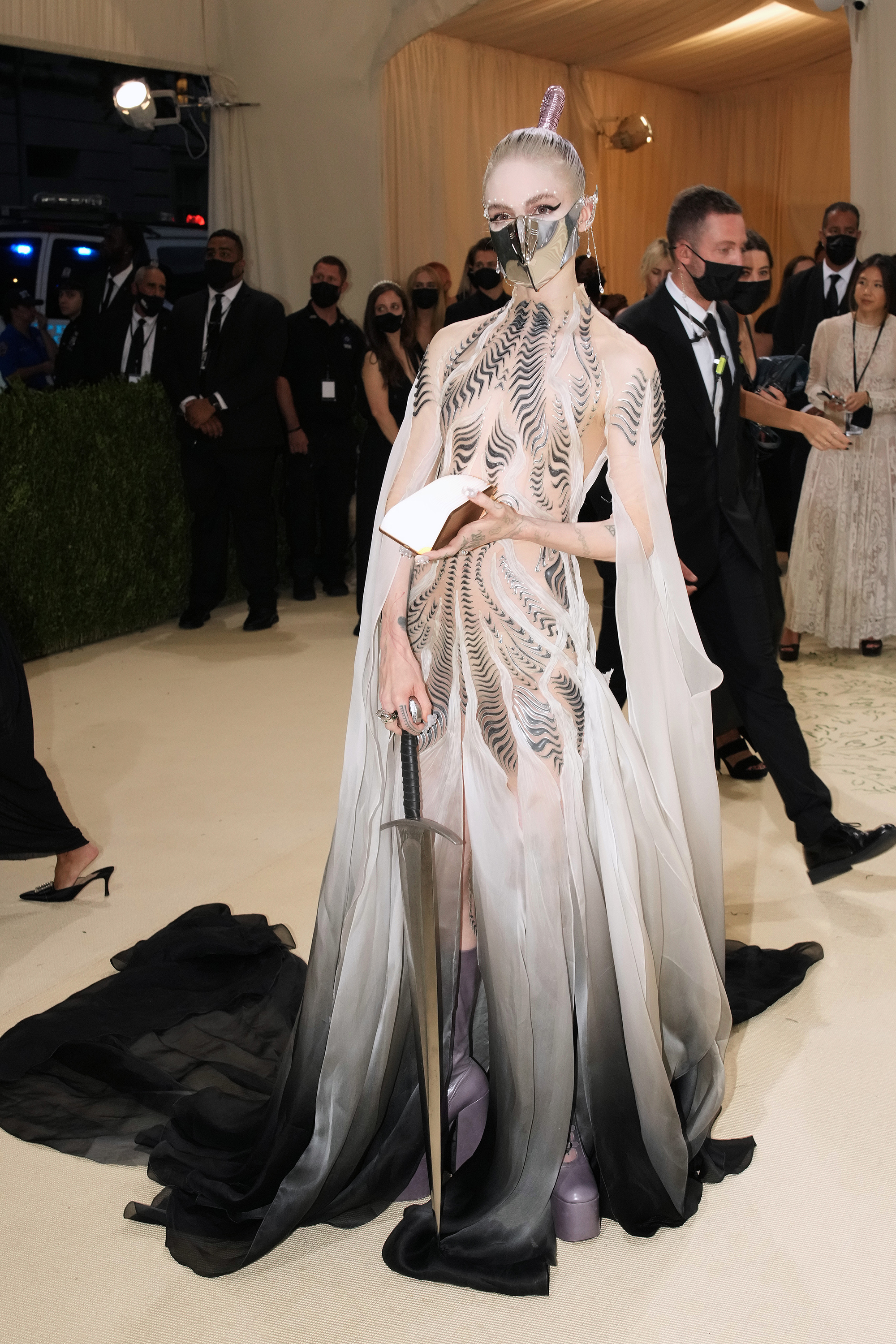 Not only was Grimes’ stylist Turner responsible for the show-stopping ensemble, but she’s also spearheading the initiative.