The three-piece look, consisting of little more than a few pieces of silk, costs a staggering £563.

The cupless ‘Frame Bra’, which leaves the breasts totally exposed, costs £245 alone, while the ‘Welcome Back Panty’ – featuring ‘sexy straps spotlighting your best assets’ – will set you back £171 and the ‘Garter Belt’ a further £147. 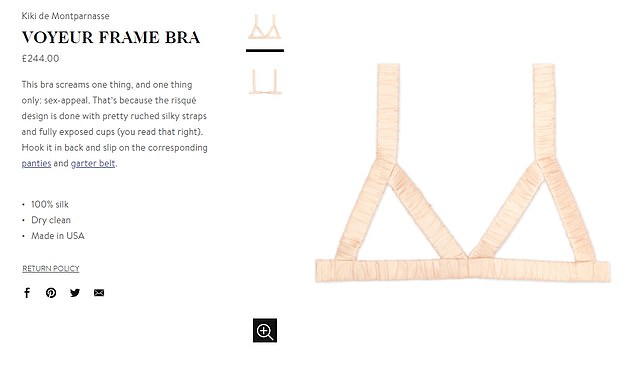 The silky set, cheekily named ‘Voyeur’ is designed by Kiki de Montparnasse, a brand known for its feminine and risqué creations.

Goop, founded in 2008, is known for stocking products that raise eyebrows.

When the toy is on, it uses LED light, heat, and vibrations to ‘stimulate cells and boost blood circulation’ for healthier cells and tissues. Currently, Goop is only shipping the device to customers in the US. 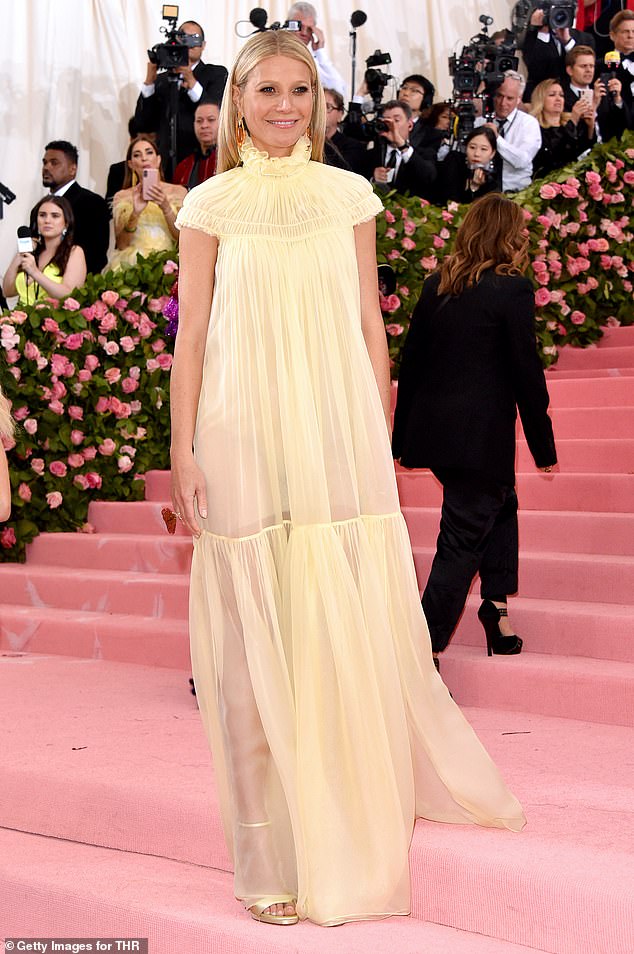 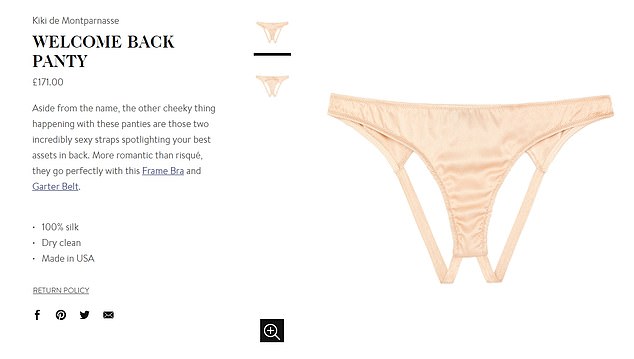 The ‘Welcome Back Panty’ – featuring ‘sexy straps spotlighting your best assets’ – will set you back £171, as seen on the Goop website above 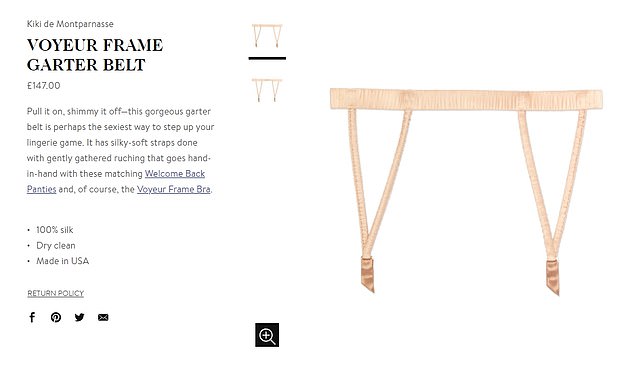 The Voyeur Frame Garter Belt, as seen on Goop, can be ‘pulled on’ and then ‘shimmied off’

And in her 2017 holiday gift guide, Gwyneth recommended another vibrating vaginal muscle device: The £153 ($199) Elvie Trainer, which is slipped into the vagina like a tampon and controlled via Bluetooth to strengthen the pelvic floor. 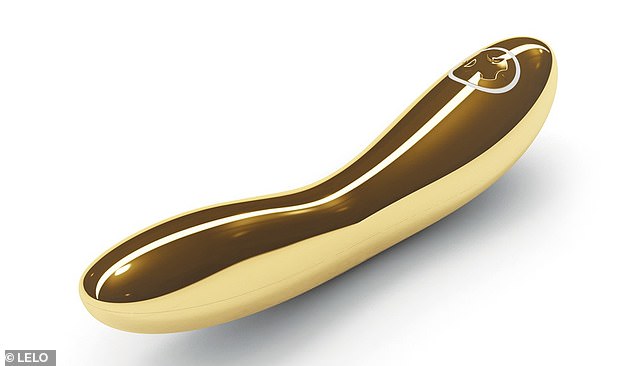 Gwyneth certainly likes to spotlight sexual health on her site, and isn’t shy about discussing risqué topics — even with her mother.

In a Goop podcast episode with her mom Blythe Danner, 76, Gwyneth joked about setting the older woman up on a dating app. But Blythe said she had ‘no interest’ in finding a boyfriend.