You might not be the Mother of Dragons, but that doesn’t mean you can’t sit on a dragon like Daenerys does. OK, so maybe you can’t sit on an actual dragon because those only exist in Westeros, but you can definitely hang by the pool in a dragon float that makes it feel like you’re riding over the seven kingdoms. Here’s where to get a dragon pool float for your summertime relaxation sessions.

The Fire Dragon and the Ice Dragon are both priced on Amazon at $19.99 and are available through Prime delivery. The best part about these floats? The Night King can’t kill them and raise them from the dead for his own sinister purposes. 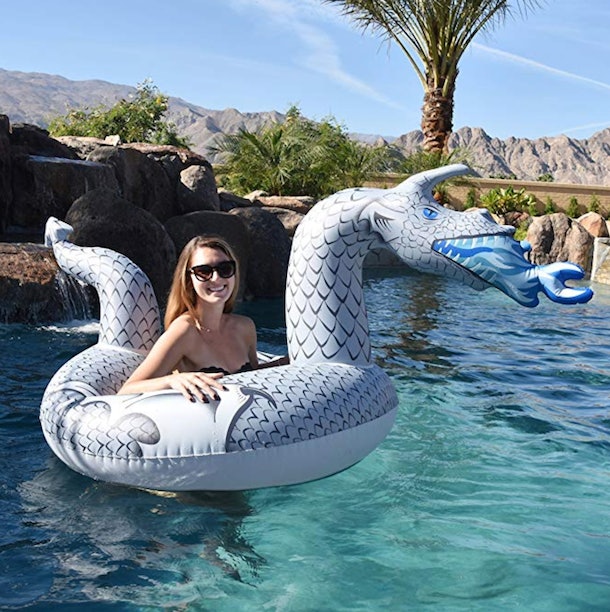 According to the specs of the floats on Amazon, both the Fire and Ice Dragon Floats measure 4 feet wide by 4 feet tall and can support over 500 pounds. They’re also made with "premium UV treated raft grade vinyl" and can be inflated 10 times faster than the competition. Meanwhile, the Fire Dragon Jr. is designed for swimmers ages 6 to 12 and can support around 100 pounds. The smaller float is 30 inches wide by 2 feet tall and deflates in under 30 seconds.

If becoming known as Mother of Dragons at the pool this summer isn’t really your thing, worry not, because there are a lot of awesome pool floats for 2019 available to get you ready for summer. If you want to float in serious style, you have to check out FUNBOY’s new pool floats that include an adorable red sports car, a glitter unicorn float, Bali cabana lounger, and a pink retro phone float.

FUNBOY is also the perfect place to buy a group pool float: The company sells two-person floats and floats that fit up to six or seven of your pals. My personal fave group float is the Royal Crown Island, a giant, golden pool float that features five backrests, four cupholders, and a central mesh foot bath. Despite being massive enough for five people, the float inflates in less than five minutes with the FUNBOY electric pump, which can be purchased on the FUNBOY website for $16.99. 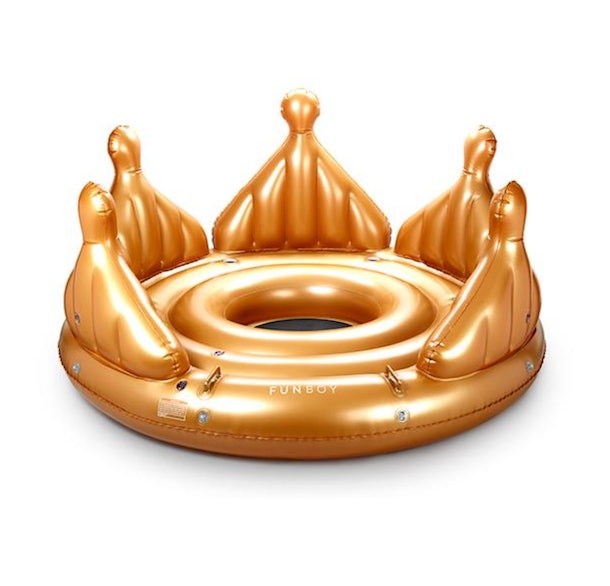 Summer can’t come soon enough! With so many ways to float and lounge around the pool, summer 2019 is slated to be the best one yet. Now I just have to find a pool that with a TV to screen the Game of Thrones finale while I float across the water on a dragon like Dany would.