The prosecutor in the trial of former Liberal staffer Bruce Lehrmann says Brittany Higgins was “right to be scared” of reporting her alleged rape in Parliament House to police due to the strong political forces at play from the time of her initial complaint to its airing in court.

But as both sides summed up their arguments after 10 days of evidence, Lehrmann’s defence lawyer accused Higgins of not knowing what actually happened to her the morning she alleges she was sexually assaulted in the office of former defence industry minister Linda Reynolds, and told the jury his client had nothing to prove. 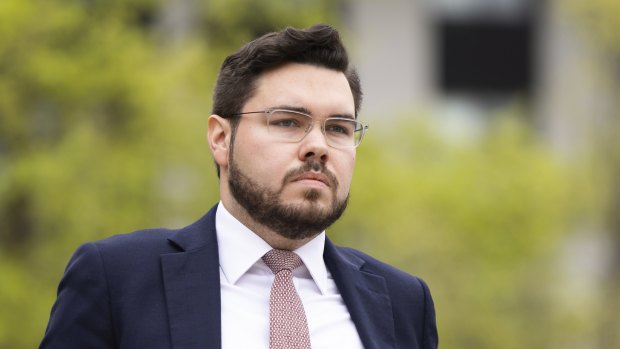 Prosecutor Shane Drumgold, SC, said the trial of Lehrmann was not about the culture in Parliament House, the experiences of other women in the building, or the #MeToo movement, but “what happened on a couch in a room” in the early hours of March 23, 2019.

“Suffice to say there were clearly strong political forces at play in the period immediately after the events, through the election and beyond,” Drumgold said in this closing address to the jury in the ACT Supreme Court, describing Higgins as a “young lady in the middle” of those forces.

Drumgold said this was “abundantly clear” following the evidence of Higgins’ former boss Reynolds, who revealed on Monday she had asked Lehrmann’s lawyer for a transcript of Higgins’ evidence and sent him a text suggesting a line of inquiry during cross-examination.

He also pointed to Higgins’ evidence that she was terrified after then-home affairs minister Peter Dutton said he had the initial details of her complaint before she’d recorded a statement to police. Higgins said this in the context of agreeing that she had wiped data from her phone before handing it to police for examination.

Lehrmann has pleaded not guilty to sexually assaulting Higgins in Reynolds’ office – where the pair both worked as advisers – after a night out drinking at Canberra bars with colleagues, and denies ever having sex with her.

His barrister, Steven Whybrow, accused Higgins of being “prepared to just say anything” and “throwing other people under the bus” while highlighting what he said were inconsistencies in her evidence, adding Higgins told police she made doctors’ appointments “to make it sound more believable that she had been sexually assaulted”. 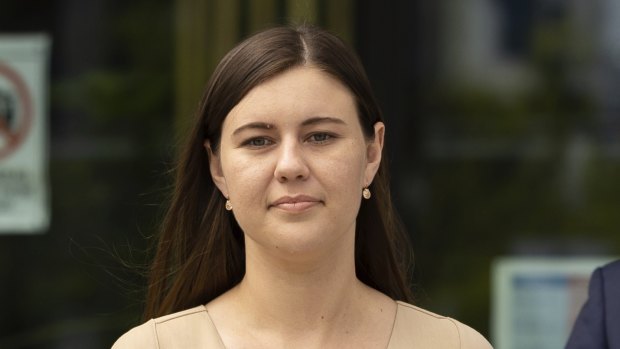 Brittany Higgins was “right to be scared” of political forces, according to prosecutor Shane Drumgold SC.Credit:Alex Ellinghausen

He said there were no political forces at play “other than from Ms Higgins”, but said the case wasn’t actually about whether he convinced the jury Higgins had made a false complaint as “Mr Lehrmann has no onus to prove anything”.

“We can probably sum up this case in the kindest way to Ms Higgins … and just say she doesn’t know what happened,” he said, referring to her level of intoxication on the morning of the alleged assault.

But Drumgold said if Higgins had made up the allegation, “it was elaborate”, and she had given a consistent story to friends, colleagues, police, government ministers and their staff.

“If this is a fabrication, she is also quite the actor, ranging from being upset, to being extremely upset, and being broken,” he said, adding the apparent ruse would have had to be so effective that it left her unrecognisable to her own mother.

He told the jury Lehrmann was attracted to Higgins, and he had taken her to Parliament House “because it was the most convenient place to get the then-drunk and vulnerable complainant alone”.

“As to consent, one thing is clear, she was highly intoxicated and consequently incoherent and indeed unconscious,” he said.

He detailed Higgins’ evidence of waking on the couch to Lehrmann having sex with her. “She described how she told him ‘no, stop’, and was crying … we submit that was a vivid, compelling depiction of what was exactly happening to her.”

Lehrmann had told police he and Higgins shared an Uber after the night out, that he’d said he had to drop by parliament and she said she had to as well. After gaining entry to Reynolds’ suite, he said the pair went in separate directions and he spent time annotating question-time briefs before leaving.

Drumgold questioned the logic of Lehrmann taking Higgins to parliament because he had work to do, before leaving her there and turning the lights off. But Whybrow said: “How is he [Lehrmann] to know that Ms Higgins hasn’t already left? Why is it the only reasonable, rational inference that he knows that she is in the minister’s suite, passed out asleep? In my submission, it’s not.”

Whybrow said Lehrmann told police that account, which differed from what he told his chief-of-staff, “not because he was conscious he had sexually assaulted Brittany Higgins and he was trying to cover his tracks”.

“It’s about the stupidest thing you can say, isn’t it? You say you’d come back to do work?”