Treasurer Jim Chalmers will reveal in his first budget that Australians face higher inflation for longer than feared while the Reserve Bank’s increase in interest rates pushes up unemployment even as government coffers are swelled by an extra $100 billion in income taxes over the next four years.

Ahead of Tuesday’s budget, Chalmers told this masthead his fiscal blueprint would not scare financial markets as Britain’s mini-budget had, contributing to the downfall of UK Prime Minister Liz Truss. 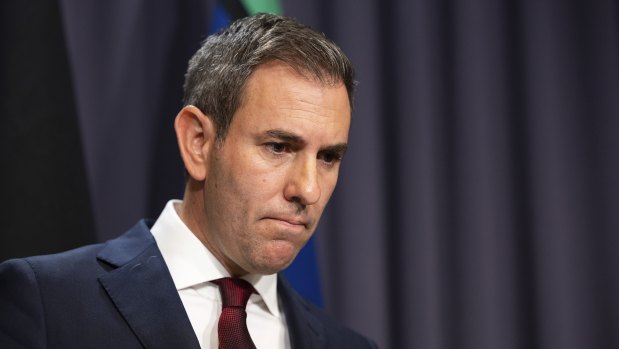 Treasurer Jim Chalmers will unveil in his first budget a lift in revenue, higher than expected inflation and a rise in unemployment.Credit:Alex Ellinghausen

And he revealed that in a bid to reduce inflationary pressures, some of the extra tax revenue generated by high prices for key commodities would be saved rather than spent.

Despite global and domestic efforts to contain inflation, the budget will show price pressures continuing to grow.

Chalmers will present a re-do of the 2022-23 budget that was released by Frydenberg in late March. Since then, the war in Ukraine, soaring inflation, shutdowns in China and the largest synchronised increase in official interest rates by the world’s central banks have dramatically altered the global economic outlook.

Chalmers, who expects the Victorian floods to push up inflation in the short term, said the entire budget was aimed at easing price pressures across the economy.

“We’ve got spending restraint, targeted investments, cost of living designed a certain way. And all of that is because the primary influence on the budget is inflation,” he said.

In the March budget, Treasury forecast the government would collect a record $2.2 trillion in taxes over the forward estimates out to 2025-26. Of that, $1.6 trillion would come from income taxes, which include personal, company and superannuation taxes.

Most of the extra cash will flow into the current financial year and 2023-24.

Chalmers cautioned that the extra revenue was largely “temporary”, due to high commodity prices, adding that the government would not spend all the windfall.

“We will take a far more responsible approach to temporary revenue upgrades than our predecessors and that’s because we understand a temporary boost to revenue from commodities goes nowhere near making up for the persistent structural spending pressures on the budget,” he said.

Despite the improvement to the budget bottom line this financial year and next, Chalmers is expected to reveal larger deficits for 2024-25 and 2025-26. Economists are tipping a deficit of about $35 billion to $40 billion this year, well down on the $78 billion forecast in March.

In its pre-election fiscal report, Treasury estimated the deficit for 2024-25 would reach $47.1 billion and fall slightly to $42.9 billion the following year.

The planned stage three personal income tax cuts, which Chalmers this week revealed would now cost $11 billion more over nine years than had been expected, start in 2024-25. In their first year, the tax cuts will cost the budget close to $20 billion.

The financial turmoil in Britain after the Truss administration’s mini-budget has put governments around the world on notice that bond and currency markets will react poorly if they are unconvinced by a government’s budget commitments.

Chalmers said his budget would be “solid and sensible and suited to the times”. He said budget policy was “nicely lined up” with monetary policy, giving markets no reason to be worried. 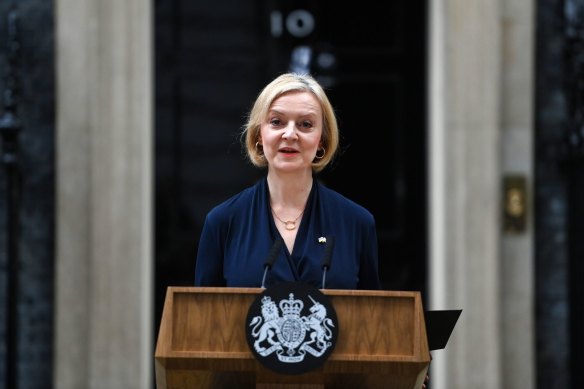 The resignation of British PM Liz Truss has renewed governments’ focus on the financial fallout from uncosted budget policies.Credit:Bloomberg

“It will be entirely consistent with the best advice right around the world. About lining up your fiscal and monetary policy at a time when inflation is the primary threat to people’s living standards. And so in that regard, it will be precisely what markets expect,” he said.

The budget will show the impact on the jobs market from the Reserve Bank’s sharp lift in interest rates that are aimed at containing inflation.

On Tuesday, the budget will show the jobless rate is now expected to be about 4.5 per cent by the middle of next year and the year after. The increase equates to more than 100,000 extra Australians out of work than had been forecast.

The budget will contain updated underlying assumptions on productivity growth, which will have major impacts on long-term forecasts. Productivity had been assumed in recent budgets to grow at 1.5 per cent but this will be reduced to 1.2 per cent, which has been the average growth rate for the past two decades.

He said the government also had to ensure its budget settings were in line with the Reserve Bank’s interest rate settings.

“Spending will have to be restrained, or balanced by savings, as we can’t have fiscal policy at odds
with monetary policy, with the latter still expected to be in contractionary mode for a few more
months,” he said.