“I feel bad for what she’s going through in the press at the moment. I don’t think she deserves it,” said Dorit.

Billy Baldwin is weighing in on the heritage controversy surrounding his sister-in-law, Hilaria Baldwin.

In an interview with Page Six published on Saturday, Billy, 57, and his wife Chynna Phillipps shared their thoughts on Hilaria’s situation, in which the mother-of-five’s Spanish heritage and identity have been called into question.

Hilaria Baldwin Answers All Your Questions About Spaniard-Gate

“This is probably an awkward and embarrassing time for Alec and Hilaria,” Billy, 57, said of his brother and sister-in-law. “I’ve been texting Alec the whole time to make sure he’s OK and if he needs anything.”

Phillips, 52, whose parents were members of the folk rock group Mamas and the Papas, explained that her family “has been through this before.”

“I was born in a fishbowl, and this kind of stuff has been happening around me since 1968,” she said.

In a recent YouTube video, Phillips said, “I feel terrible. Who’s going to throw the first stone at my sweet sister-in-law? She’s a good woman and you know none of us are perfect. We all have issues.”

Also on Saturday, “Real Housewives of Beverly Hills” star Dorit Kemsley — whose own accent has been the topic of discussion in the past — chimed in on the Hilaria scandal, saying she doesn’t think the yoga instruction “deserves” the public scrutiny.

“I feel bad for what she’s going through in the press at the moment. I don’t think she deserves it,” the reality star shared on her Instagram Story. “I’ve had so much scrutiny over the way I speak, I’ve learned to ignore all the noise but at first it was really hurtful. I’m sure all of this backlash has been hard on her.”

“I don’t know her but I’ve followed her for years and I hope she’s back on social media soon,” Dorit added.

Meanwhile, Hilaria’s stepdaughter Ireland Baldwin has continued to share her thoughts about the controversy through several social media posts.

While Ireland initially came to Hilaria’s defense — calling the whole controversy “pathetic” — the 25-year-old model appeared to later slightly change her tone. In a lengthy statement shared on her Instagram last week, Ireland dove into her own past experience growing up in the public eye, noting how fans “don’t understand” what it’s like to have “so many PRIVATE ordeals made public.” With that said, Ireland concluded that the controversy is Hilaria’s “business.”

“I do love my step mom very much. I think she’s a strong, kind, and a caring human being,” Ireland wrote. “Without saying anything further on all of this, I think it is her business and not my own to discuss her family background and answer your questions.”

However, Ireland went on to share several TikTok videos about Hilaria-gate. Although a couple of the clips featured Ireland poking fun at the debate, Ireland also posted a two-part video in which she explained why she uses humor to make light of situations such as the controversy surrounding her stepmom.

“I just wanted to say that the way I have chosen in my life to deal with public family situations — the way that I’ve chosen to deal with any form of trauma or anything that’s been difficult in my childhood and my now life — has been through comedy and laughter and humor and you know, trying to get others to join in and laugh at something with me,” Ireland said. “That is how I process it and that is entirely my business and if that is something you do not understand it is not really my job to get you there.”

“It doesn’t mean I don’t understand the severity of the situation any less or that I don’t have empathy or that I don’t account for other people’s feelings. Of course I do. But that’s just how I deal with it,” she clarified.

As for Hilaria, Ireland simply said, “I don’t know. I don’t have any answers.”

“It’s not my job to advocate for anybody or speak on their behalf. That’s just not my job,” she continued, adding that she stands up for and defends her family when she feels that “lies are circulating about them.”

“All I can do on my behalf apologize to anyone who feels hurt or confused or offended by the situation,” Ireland concluded. “On my platforms and in my life, I’m moving on now.”

A few days later, Ireland shared a funny TikTok, in which she lipsynced to a remix of “Without Me” by Eminem and “Stayin’ Alive” by the Bee Gees.

“Family drama isn’t fun until I get myself involved,” she captioned the post.

ICYMI, Hilaria’s identity and heritage became the topic of discussion after it began trending on Twitter last week, with the mom-of-five being accused of a “decade long grift” of impersonating a Spaniard.

In a seven-minute video shared to her Instagram, Hilaria, 36, addressed the controversy (in her American accent.) The fitness guru explained that she grew up in both Massachusetts and Spain, confirming that she was born Hillary in Boston.

Soon after, Alec, who has been married to Hilaria since 2012, publicly defended his wife in a video shared to his Instagram. Although he never mentioned her by name, he said, “There are things that have been said lately about people that I love, that I care about deeply, which are just ridiculous. I would say the majority of what’s been said… is false.”

Hilaria went on to set the record straight in an interview with the New York Times, in which she denied hiding anything, blamed others on misrepresenting her, detailed why her accent comes and goes, explained why she couldn’t remember the English word for “cucumber”, and confirmed husband Alec was aware of her true heritage (in fact, it was one of the first things she ever told him).

See the full interview, here, to see Hilaria’s answers to everyone’s questions and concerns, including what really happened during that now-infamous “cucumber” incident. 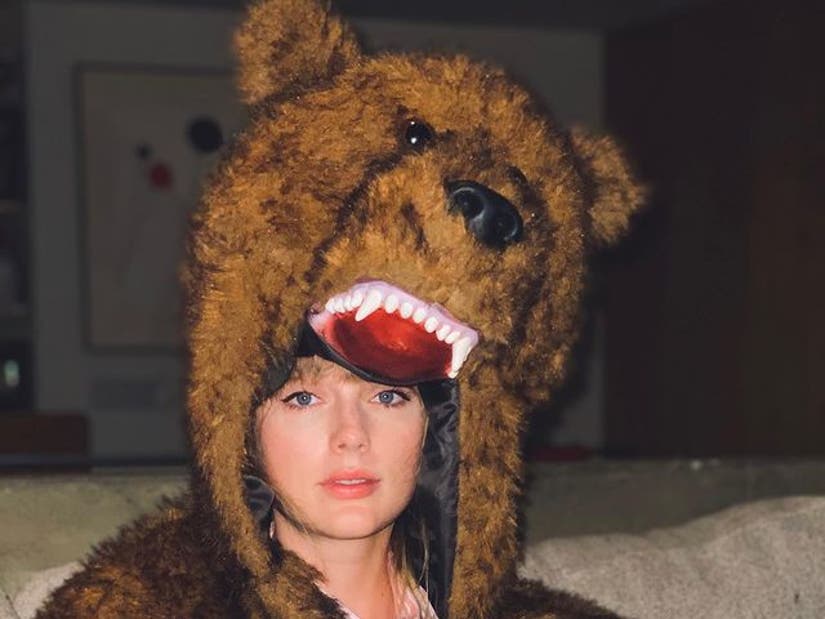