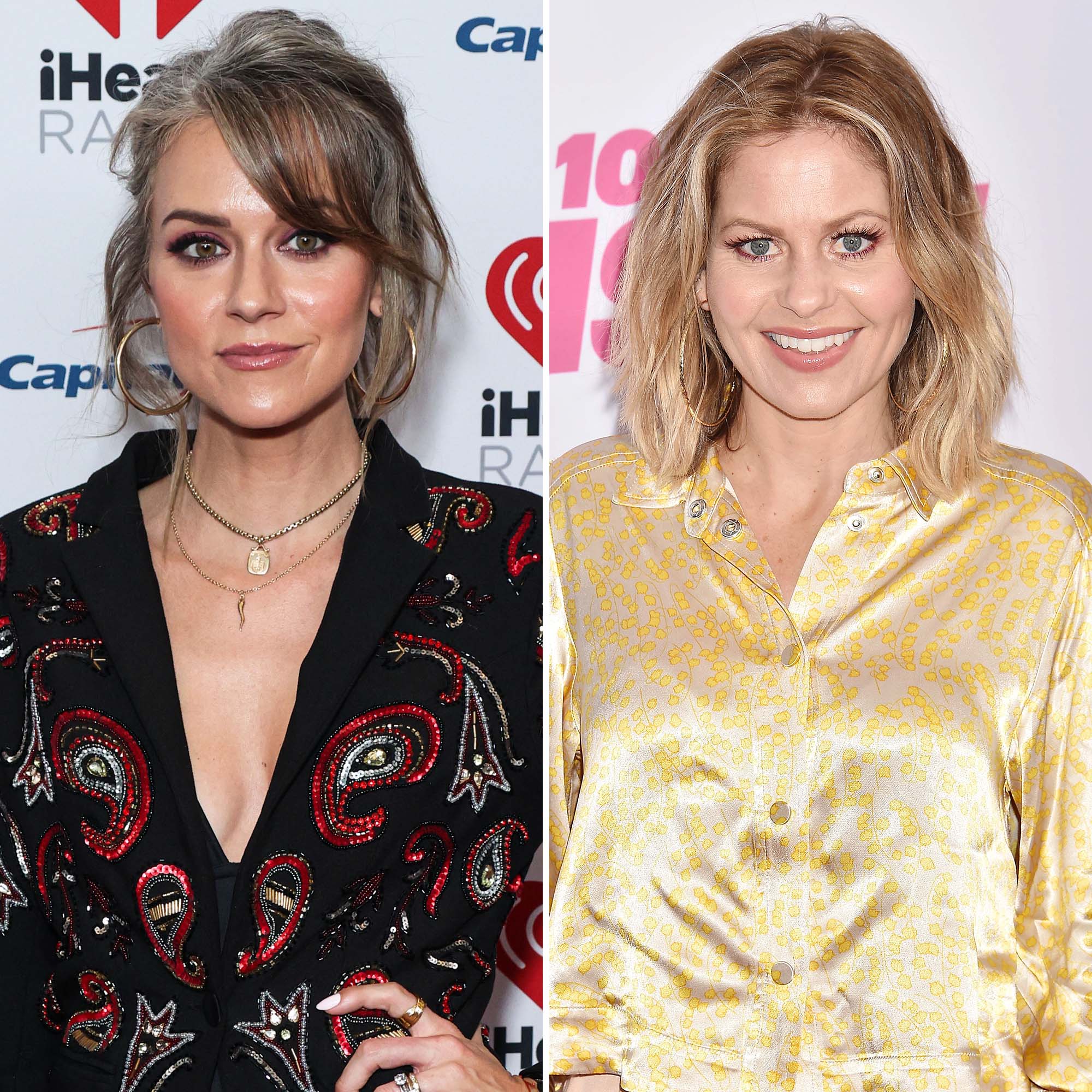 Standing by her opinion. Hilarie Burton Morgan doubled down on calling Candace Cameron Bure a “bigot” for her “traditional marriage” comments shortly after a shooting took place at an LGBTQIA+ club in Colorado Springs.

“THIS! This is why we have to speak out against bigotry of any kind — even the ‘aren’t-I-cute-girl-next-door’ bulls–t that I called out last week. The bigotry of @GAfamilyTV is the most dangerous kind,” Burton, 40, tweeted on Sunday, November 20, alongside an article about the hate attack. “It normalizes exclusion under the guise of ‘protecting traditional values.’”

The Virginia native claimed that Cameron Bure’s viewpoint was “the excuse of white women” in the past. “It’s the excuse of white German women in the 1930s. It’s a dog whistle for protecting white supremacy,” she continued. “So when Candy and Bill Abbott and GAF wanna ‘protect traditional values’ against LGBTQ influence? This is what happens. Look no further than the comments their fan base left on.”

Burton also clarified that she wasn’t taking aim at religion with her commentary, adding, “I never said a word about Christianity. Newsflash: I am a lifelong Christian. But the sheer volume of people who felt emboldened to put their bigotry in writing – to live forever on the internet – was all the evidence you need.”

The lengthy social media post concluded: “To the people of Colorado Springs, I am heartbroken and sending you love and fierce support. To my LGBTQ friends? I love you. You are perfect and made in God’s image and you deserve inclusion. To the bigots? Your ‘traditional values’ killed at least five people last night.”

The Fuller House alum, 36, first came under fire on Monday, November 14, after she opened up to WSJ. Magazine about her decision to leave Hallmark Channel for GAF.

“My heart wants to tell stories that have more meaning and purpose and depth behind them,” she told the outlet. “I knew that the people behind Great American Family were Christians that love the Lord and wanted to promote faith programming and good family entertainment.”

Cameron Bure added that Hallmark has become “a completely different network than when I started because of the change of leadership,” referring to former CEOAbbott stepping down in 2020 after facing controversy over the removal of an ad featuring a same-sex couple. (Abbott is now the president and CEO of Great American Media.)

Hallmark has since made an effort to diversify its content and will debut its first LGBTQIA+ led film, The Holiday Sitter, next month. When asked if GAF would do the same, the Christmas Town star revealed that her new network would be keeping “traditional marriage at the core.”

The One Tree Hill alum, for her part, responded to Cameron Bure’s comments the following day, slamming the Aurora Teagarden alum for her controversial take.

“Bigot. I don’t remember Jesus liking hypocrites like Candy,” Burton Morgan tweeted on Tuesday, November 15, alongside an article about Cameron Bure’s Hallmark exit. “But sure. Make your money, honey. You ride that prejudice wave all the way to the bank.”

The Suits alum also slammed Abbott for his “bigotry,” claiming that she “called this s—t out years ago” when the CEO was leading the network.

“Glad they dumped him. Being LGBTQ isn’t a ‘trend.’ That guy and his network are disgusting. You too Candy. There is nothing untraditional about same-sex couples,” she said at the time.

After one social media user responded, “Let’s focus on a traditional career mama. one with roles and checks from this decade ❤️,” Burton Morgan replied: “You think all that Botox is ‘traditional ‘?? 🤔”

On Wednesday, November 16, the Virginia native’s husband, Jeffrey Dean Morgan, took to social media to back his wife’s comments.

“How’d I miss this twit?! Who the f—k is this person? Hey Hil? You’re awesome. We lucky to have ya. X,” the Walking Dead star, 56, tweeted, adding that he was “laughing” over her comments while he cooked dinner.

“Wife has words AND timing,” he quipped.

The Burton Morgan brood aren’t the only ones to speak out against Cameron Bure’s recent remarks. JoJo Siwa also slammed the Christmas Detour actress after previously calling Cameron Bure the “rudest celebrity she’s ever met” in July.

“Honestly, I can’t believe after everything that went down just a few months ago, that she would not only create a movie with [the] intention of excluding LGBTQIA+, but then also talk about it in the press. This is rude and hurtful to a whole community of people,” Siwa, 19, wrote via Instagram on Tuesday alongside a screenshot of an article titled “Candace Cameron Bure’s Plan For New Cable Channel: No Gays.”

The Nickelodeon then got a subtle display of support from Cameron Bure’s former Fuller House costar Jodie Sweetin, who took to the comment section, writing, “You know I love you.” The UnSweetined author, 40, also posted various links in support of the Respect for Marriage Act via her Instagram Stories.