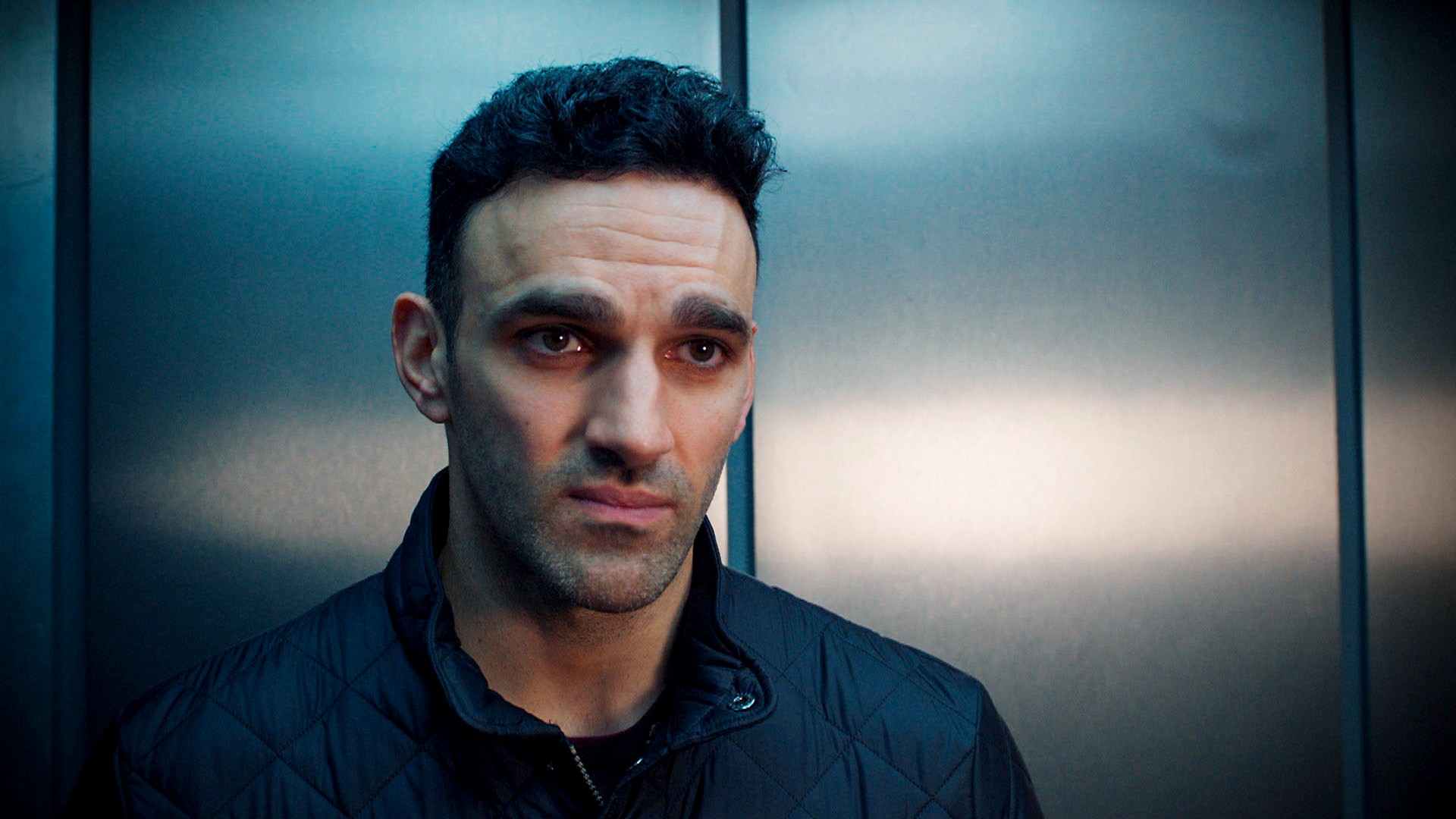 There are anxious times for Eli (Davood Ghadami) in tonight’s Holby City, which starts with him getting a phone call from his wife Amelia (Lucy Briggs-Owen) while he’s in the middle of operating on someone. When the call drops out, Eli goes into panic mode, convinced that his wife has had an accident.

We know that Amelia has been having treatment for a brain tumour, but when she finally appears she seems to be in excellent health – in fact she tells Max (Jo Martin) that she’s sure the treatment she had is working already. And she has some news that’s about to rock Eli’s world.

Russ Faber (Simon Slater) has been in Henrik Hanssen (Guy Henry)’s bad books since he concealed the truth about how bad Oliver Valentine (James Anderson)’s PTSD was. Keen to restore friendly relations with his old friend, Russ invites Hanssen for a drink at Albie’s. Will it work?

It’s the day of Josh (Trieve Blackwood-Cambridge)’s first group therapy session for his eating disorder, but he’s reluctant to go. ‘Don’t you want to get better?’ Eli asks him. Obviously he does want to get better, but can he bring himself to talk about his personal problems with a group of strangers?

While Josh hesitates, he’s distracted by patient Thomas (Gary McDonald) and his daughter Yasmeen (Laura Lake Adebisi), who’s also Thomas’s carer. Can he help them work through their fears for the future?

Dominic (David Ames) brings his mum Carole (Julia Deakin) back to the hospital after she takes a turn for the worse. As Dominic insists that they find her a bed on Keller so she can be among familiar faces, Ange (Dawn Steele) and Sacha (Bob Barrett) worry that he might be in denial about how serious Carole’s condition really is. Can they get through to him?

And while Hanssen has to deal with a ward full of rowdy pirates, other members of staff are getting in a festive mood. But not everyone is keen. Who’s the hospital Scrooge?

Sue Haasler is the author of five novels and the official BBC Holby City book, which you can read about here.