Holocaust survivor’s book reveals horrifying reality of Auschwitz’s ‘privileged’ Family Camp – including mothers being raped, floggings and being shot for going to the toilet

A book that recounts the horrors of the Nazi’ ‘Family Camp’ and its ‘Children’s Block’ at Auschwitz-Birkenau – including rapes, floggings and being shot for going to the toilet – has been published to a wider audience for the first time.

The Children’s Block, originally published in Czech, as a book called ‘The Painted Wall’ in 1993, tells the true story of 500 Jewish children held in special areas of the Nazi death camps constructed to deceive the Red Cross about horrifying conditions for Czech families captured by the Germans.

Although fictional, it was written by survivor Otto B Kraus who served as a child counsellor in the family camp, which existed from September 1943 to December 1944, and documents largely autobiographical experiences. 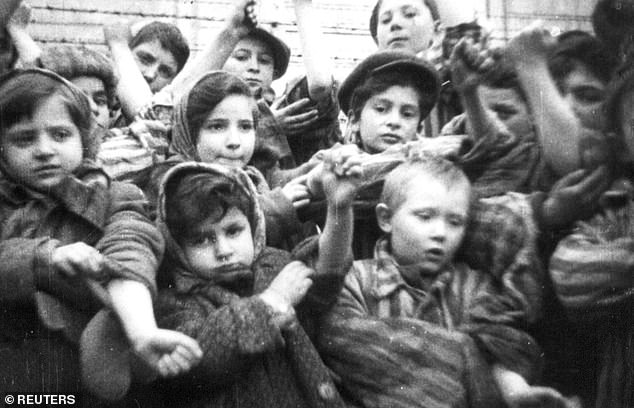 A book, first published in 1993 and now republished for a wider English-speaking audience, uses the autobiographical story of Otto B Kraus, who worked as a counsellor in the Children’s Block, part of the Family Camp at Nazi death camp Auschwitz-Birkenau (Pictured: children at the liberation of Auschwitz-Birkenau showing off their identity tattoos in 1945) 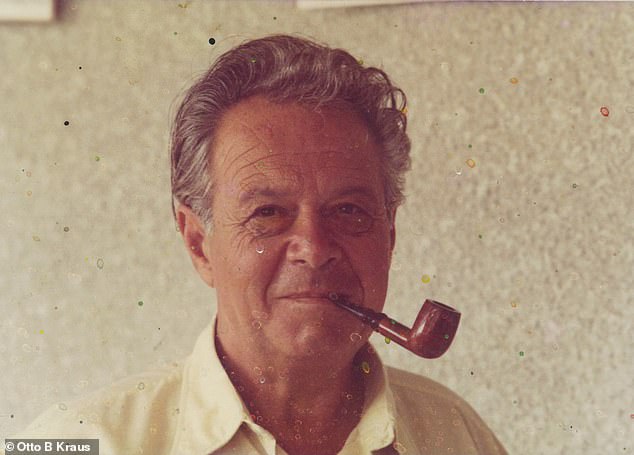 The book, The Children’s Block, is a fictional account based on real events by Otto B Kraus, who was deported from the Czech ghetto-turned-concentration camp, Tezerin, to Auschwitz-Birkenau in 1943 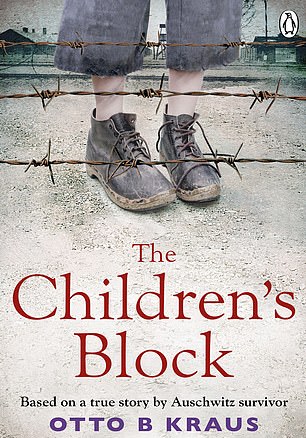 The Children’s Block, by Otto B Kraus, was republished by Penguin Random House in October this year

Kraus’ account offers distressing insights into how the young inhabitants suffered, despite them being labelled as ‘SB,’ ‘Sonderbehandlung’ – part of a ploy to fool the Red Cross Commission, which was permitted to visit the ghetto-turned-concentration camp, Tezerin, in former Czechoslovakia, where many of the families came from.

The Jewish residents of Tezerin were kept in healthier conditions to mask the reality of Nazi cruelty.

When it became too full, inhabitants would be sent to the ‘Family Camp’ and its ‘Children’s Block’ at Auschwitz-Birkenau.

The camps served to disprove that Jews were being exterminated at the Polish camp – and the reason why the prisoners appeared to be being treated more favourably was only discovered at the Second World War’s end.

The first Tezerin residents to arrive at Auschwitz-Birkenau got to keep their old clothes – not the striped uniform most were forced to wear; their heads weren’t shaved and they received better meals. Children would spend time in the Children’s Block in the day and return to the Family Camp in the evening.

In reality, the children would be brutally killed – in the gas chambers – six months after the day of their arrival in the camp. In total, more than 17,500 Jews entered the Family Camp, with more than 15,000 perishing from execution, disease or hunger.

The characters that Kraus, who died in 2000, creates represent people he met while there, with the narrative based on the diary of fictitious Children’s Block teacher Alex Ehren, who shields the children he encounters from the terror around them.

The book’s foreword was written by Kraus’ librarian wife Dita, whose real-life story was the basis for Antonio Iturbe’s best-selling book The Librarian of Auschwitz.

She explains how a friend of Kraus’, also an instructor on the Children’s Block, urged him to write about their experiences, saying: ‘There was nothing like it in the entire Nazi machinery of the extermination of the Jews.’

During his research, Kraus discovered more of the adults who worked on the Children’s Block remained alive than those who were sent to other camps, coming to the conclusion that it was the sense of duty they felt towards the children motivated them to stay alive. 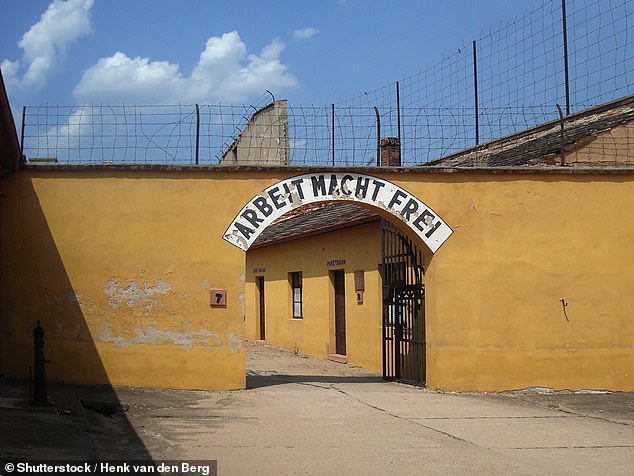 The entrance of the Tezerin ghetto-concentration camp, which is located in the now Czech Republic, photographed in 2012. It was used as a way to deceive the Red Cross International Commission into thinking the Jews were being cared for in concentration camps 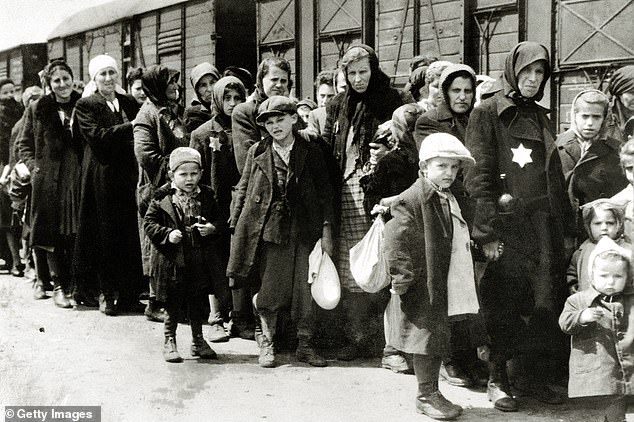 Children with their mothers after arriving at Auschwitz in June 1944. Some 15,000 Jews who were taken to the Family Camp were murdered 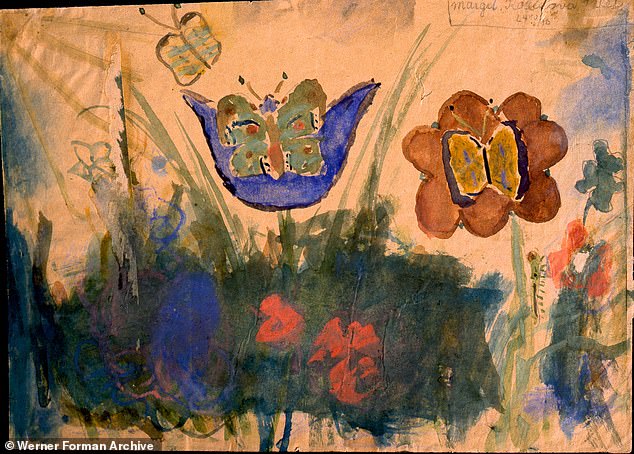 Nazi lies: A child’s drawing found in the concentration camp at Tezerin. It was drawn by Margit Koretzova, who died aged nine on 4 October 1944, and was part of the German attempt to mask the atrocities they were carrying out 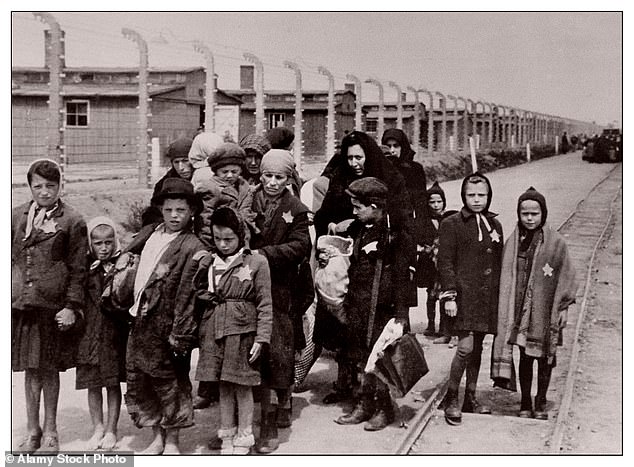 The book evokes the terror and ultra-violence Jewish prisoners were subjected to in the camps. Kraus depicts harrowing scenes based on true stories.

Upon arriving at the camp, Alex is horrified to discover that SS guards would shoot Jewish people who needed the toilet if they strayed from the group they were in to empty their bladder.

A couple caught being intimate were flogged in front of all prisoners, a scene with is witnessed by the children in the book. And Kraus reveals mothers of children in the block, and many other women, were raped on a nightly basis by other prisoners.

Who was Otto B Kraus?

Twenty one years later, in 1942, he was deported from the Tezerin Ghetto in former Czechoslovakia, to Auschwitz-Birkenau’s Czech Family Camp.

In Auschwtiz, he worked as a councellor in the camp’s Children’s Block.

When the Family camp was liquidated by the Germans six months after Otto’s arrival, he escaped the gas chamber and was among the 1,000 men sent to the Schwarzheide-Sachsenhausen in Germany.

After the war, free at last, Otto returned to Prague to learn that neither his parents or brother survived the Holocaust.

He enrolled at university to Literature, Philosophy, English and Spanish and met his wife Dita who was the real-life librarian of Auschwitz.

The novel’s main protagonist, Alex, comes from the Tezerin ghetto, as Kraus did. A poet, he gets enrolled as a worker in the Children’s Block after his deportation to Auschwitz-Birkenau in December 1943.

The story sees him in charge of eight unruly children, boys and girls, from dawn until dusk. ‘Teachers’ were actually forbidden to teach the children, Kraus explains, but says they would a find way to educate clandestinely from the SS guards.

When he’s not handling the children, making sure they shower, get fed and answer roll call, Alex dreams of an uprising and fleeing the horrors of the camp. 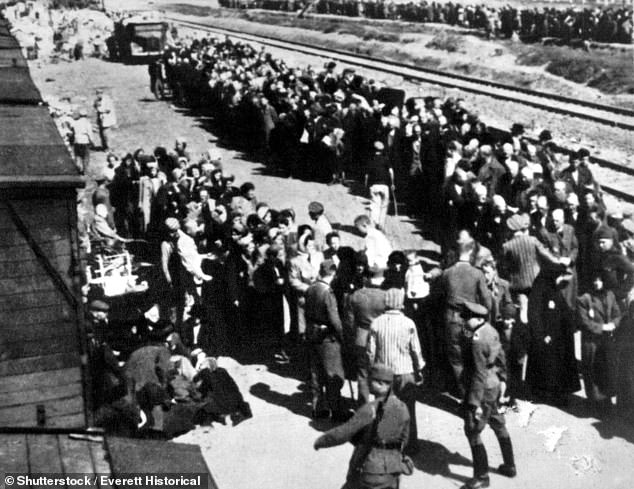 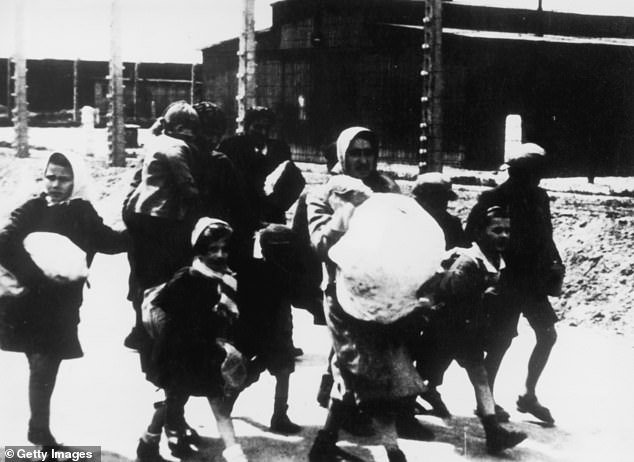 Jewish families arriving at Auschwitz. In total, 1.3 million people were sent to Auschwitz – around 1.1million lost their lives there 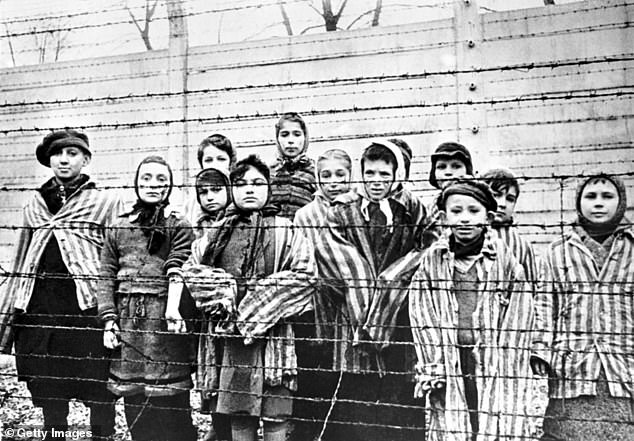 Many of the children who arrived from Tezerin at Auschwitz-Birkenau didn’t wear the striped prisoner uniform, seen as one of the privileges of being in the Family Camp  (Pictured: A group of child survivors behind a barbed wire fence at the Nazi concentration camp at Auschwitz-Birkenau in southern Poland, on the day of the camp’s liberation by the Red Army, 27th January 1945)

The children were not told about the ‘chimney’ or death, and lived relatively sheltered from the horrifying scenes of the camp. The ‘school’ of the Children’s Block seemed completely different to the usual representation of concentration camps.

Unlike the French or German children or Jewish children from other countries, the Czech children could play, visit their parents, and put on shows attended by SS officers.

They also had stronger rations of food, while many around them died of starvation. Loots from death prisoners, whilst they mainly went to the SS, were also sometimes given to the Children’s Block.

Yet six months after their arrival at Auschwitz, each cohort would be exterminated. 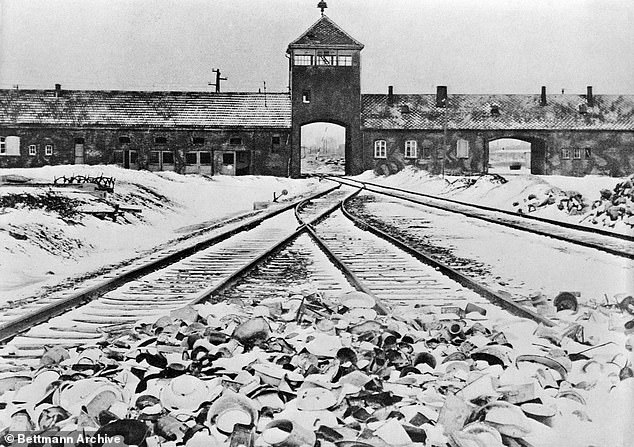 The rail tracks leading to Auschwitz-Birkenau, where 1.1 million of people died during the Holocaust

A further 2,750 inmates were sent to Germany and, of these, only 1,167 were still alive in various slave-labour camps at the end of the war.

The Family Camp had a survival rate of about 6.6 percent, according to Kraus’ research, but, astonishingly, most of the adults who worked on the Children’s Block survived.

The Children’s Block, by Otto B Kraus, is published by Penguin Random House.