Trying to sell your home? Homeowners have to shave an average of £8,000 off asking prices to get theirs sold

Homeowners trying to sell their property at the moment for the price they had initially hoped for may feel that they’re fighting a losing battle.

The uncertainty surrounding Brexit and concerns about the economy mean that many of Britain’s prospective buyers are holding off from making a move.

But new figures published today suggests that those vendors who are realistic about the value of their home are succeeding in getting offers – as long as they shave an average of £8,000 off the initial asking price to secure a sale, according to new figures from property website Zoopla. 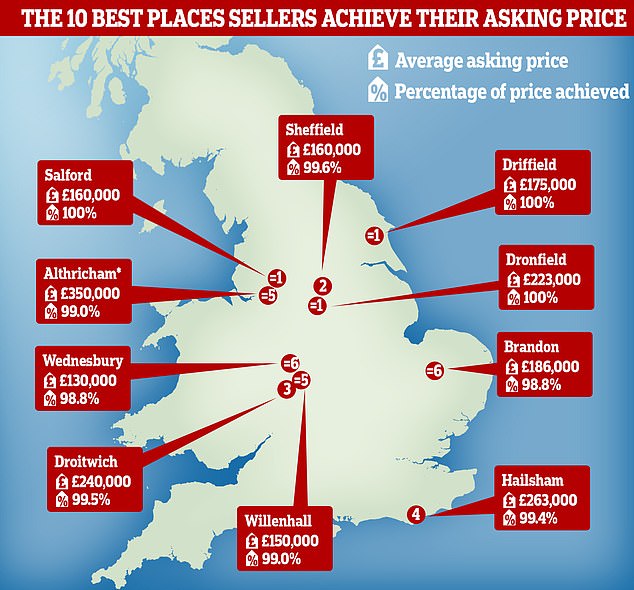 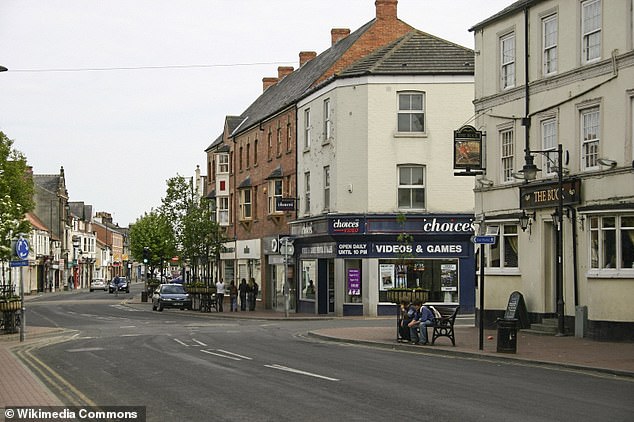 Zoopla analysed the initial asking prices of properties for sale in England and Wales, and then compared them with sold prices from the Land Registry database.

It found that the average discount on an initial asking price was 3.7 per cent, the equivalent of £8,000 on the average £225,000 price of a home in England and Wales.

In some places, sellers had to reduce the asking price by more than £100,000, while in others they achieved the full asking price.

Those selling their home in Driffield in East Yorkshire, Dronfield in Derbyshire and Salford in Greater Manchester all typically achieved the initial asking price, at £175,000, £223,000 and £160,000 respectively.

It is in contrast to the places seeing the biggest gaps between the initial asking price and the actual sold prices.

Mountain Ash in South Wales is the worst performing town in England and Wales, with properties achieving 91.5 per cent of the initial asking price.

It is followed by Abertillery, also in Wales, where homes achieved 91.7 per cent of the asking price, while homes in Bishop Auckland in the North East generated 91.8 per cent of the initial listing price. 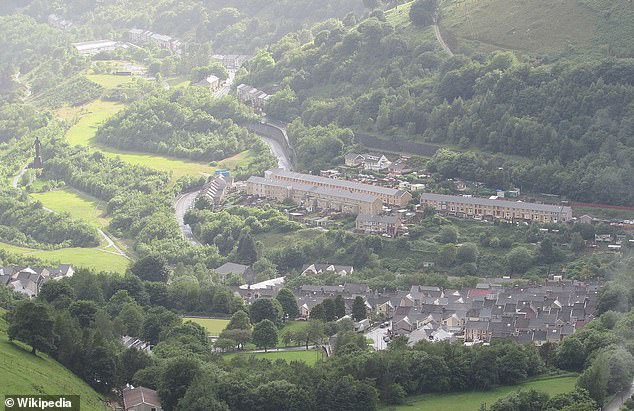 Home sellers in Abertillery, in Wales  only typically achieved 91.7 per cent of the asking price

By contrast, homes in Camden performed the worst, selling at 91 per cent of the initial asking price.

In monetary terms, the biggest discount was in Kensington, where asking prices were typically discounted by £125,000. It equates to 8.3 per cent, based on an average property value in the borough of £1,395,000. 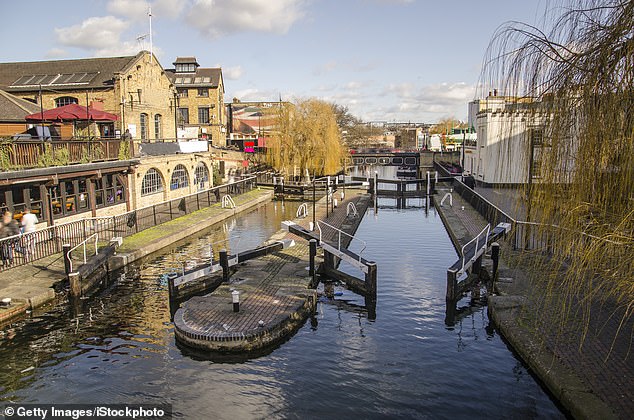 In London, Camden performed the worst, with homes selling at 91 per cent of the asking price

Zoopla’s Laura Howard said: ‘The ongoing uncertainty around what kind of Brexit is in store for the nation, could also be a catalyst for realistic pricing – in other words, a less certain future for the property market calls for prices that will be more certain to sell now.

‘Sellers are perhaps more motivated to set a price for their property that will result in a more likely sale this side of Brexit, rather than wait to see what effect it could have on the housing market in the next six months or so.’

And Patrick Alvarado, director of Knightsbridge estate agency Nicolas Van Patrick, said: ‘Vendors realise that if you overprice your property you won’t even get a sniff from a buyer who will completely disregard your property on the basis that you are not a serious seller.’