How furlough didn't stop us getting a mortgage

WHEN Martyn Bell was furloughed during the Covid pandemic, he and his girlfriend Beth House thought their dreams of home ownership were over.

The couple had hoped to buy their first home in 2022, but when the pandemic struck, Martyn, 30, was furloughed from his job as a team leader at activity company PGL. 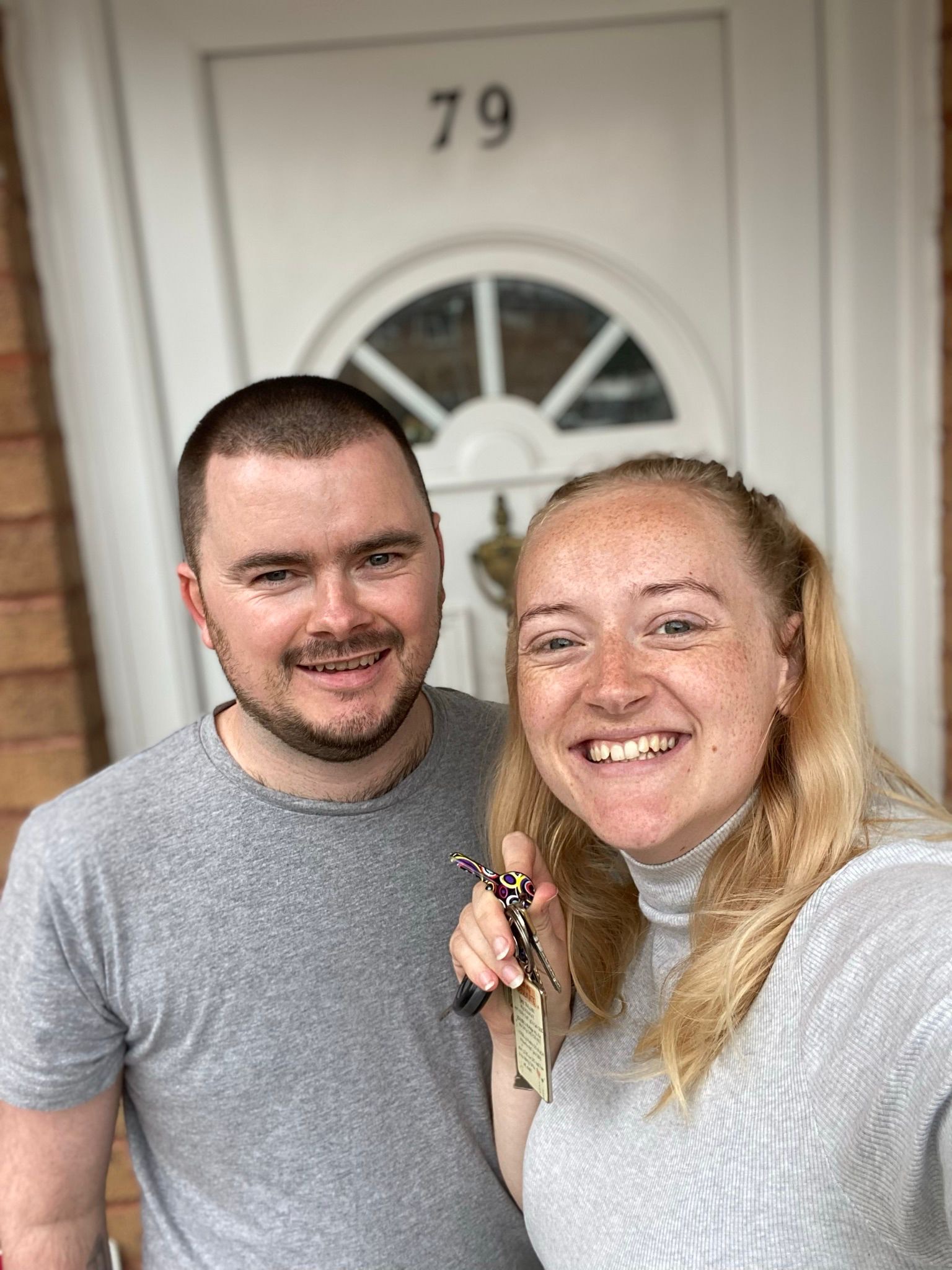 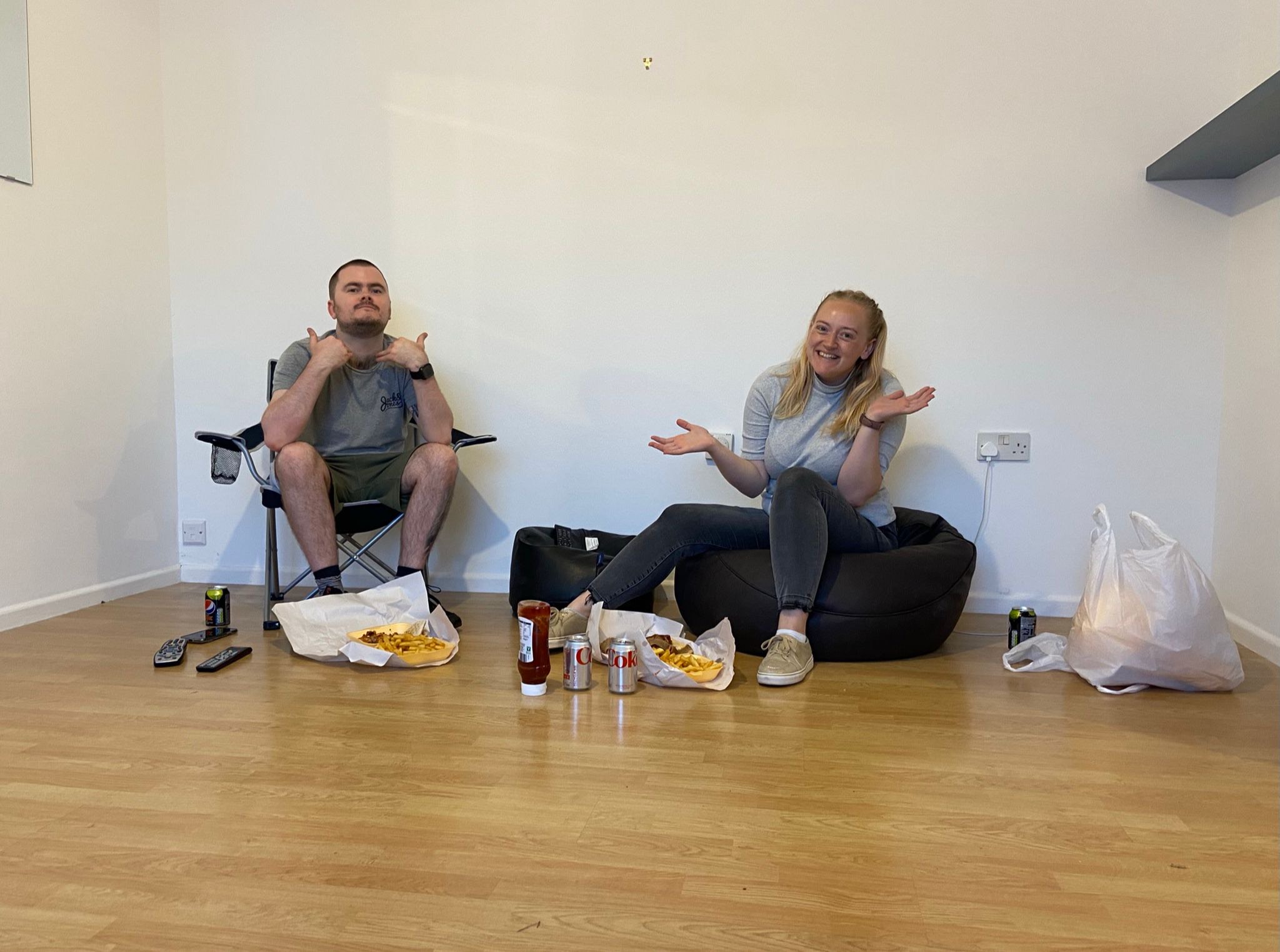 The pair, who have been together for four years, thought they would have to delay their plans to buy a house.

But they actually managed to fast-track their dreams when Martyn got a second job at a Covid testing centre, which paid more than his usual role.

Meanwhile, Beth, who is a student support assistant, was able to save up to £300 a month more than usual when she turned her Zumba habit into a side hustle.

Beth had started Zumba classes to lose weight in lockdown, but when her instructor suggested she should train as a teacher, she realised she could make some extra cash out of her hobby.

The couple, who have been together for four years, also made use of a Government bonus through their Help to Buy Isas, earning a bonus of £6,000 between them.

They first started thinking about buying a house when they had been together around a year, although Beth first opened her Help to Buy Isa five years ago when she was 18.

With two extra jobs earning them money to add to their savings pot, the couple were able to fast forward their house-buying plans and moved into their first home in August – a year ahead of schedule.

We were given a tour of their pad for The Sun's My First Home series.

Tell me about your home

It’s a three-bedroom house in Swindon. We were living in a one-bedroom flat before and paying rent of £650 a month, so it’s great to have so much space now.

That’s particularly true when I’m doing Zumba. Before I would have to take tiny steps and I’d be worried when doing any kicks that I would knock something over or that I’d annoy the neighbours – but now none of that matters.

The house has got a garden, which was really important to me because through the pandemic we were renting a one-bedroom flat and the only outside space we had was a tiny Juliette balcony.

So, outside space of our own was a must-have for me when we started house hunting. I’ve put plant pots and lights everywhere already.

We only viewed three other houses before we found the one we wanted to buy. We were lucky that the couple selling it were emigrating to Australia so there was no chain and they wanted a quick sale.

How much did you pay?

We did that through our savings and a little bit of help from family. I earned a bonus of almost £4,000 from my Help to Buy Isa and Martyn got £2,000 from his.

We didn’t exactly know how to claim the account bonus at first. You have to close the account first and the solicitor sends off the paperwork.

As first-time buyers you feel like you don’t know what you’re doing anyway.

We used a mortgage broker, which was a bit of extra expense but took a lot of stress off us and he did all the communication with the banks, which really helped.

We had a bit of an issue with getting the mortgage approved. The bank seemed to take ages and said things were missing that we’d already sent, but it wasn’t that bad in the end and the whole process took around five weeks.

Our monthly repayments are £595 – it seems mad that our mortgage payments are less on a three-bedroom house than our rent on a one-bedroom flat was.

Why did you decide on the location?

It’s where we met! We were both working in different departments for the same company based in Swindon and the job required you to live on site.

My roommate was dating Martyn’s roommate and they decided to live together.

We had only been dating a couple of weeks at the time but we were both suddenly without a roommate so decided to try living together.

We’re quite similar so it went better than I’d expected.

But I’m from Somerset and Martyn is from Manchester so we knew when we decided to buy in Swindon that we would need a bigger house so there would be enough space for our families to come and stay.

We also want to start our own family one day so this house will let us do that. I hope we’ll live here for at least five or ten years.

How did you save for it?

We used Help to Buy Isas. I opened an account when I turned 18 and I encouraged Martyn to do the same.

We both put in the maximum £200 a month into the Isas and put more in other savings accounts. By the time we bought, our savings had earned us a government bonus of £6,000.

While the accounts are no longer available to open, first-time buyers can instead use a Lifetime Isa, which offers the same 25% bonus when you purchase your first property and lets you save up to £4,000 a year.

Like a lot of people, we were also able to save more during the Covid-19 pandemic.

I work in education and was able to continue working through the pandemic but I also took the opportunity to make some money from a side hustle.

During lockdown I decided to lose some weight. My mum was doing online Zumba classes so I tried that and really enjoyed it. After a while, the teacher messaged me sayingI should consider becoming an instructor.

I took a training course and became a qualified instructor in November 2020, and now host online zumba classes myself four times a week as well as doing my usual job.

It was so nice during lockdown to see people happy and smiling, and it has also provided me with extra income.

Martyn was furloughed during the pandemic but got another job working in a Covid testing centre, which also helped boost the amount he was able to save. In January this year he got a new job as a supervisor at a DIY store.

The extra savings meant we could fast-forward our buying plans, as we originally didn’t expect to buy until next year.

How have you furnished it?

We managed to move in at the end of August, about five weeks after our offer was accepted.

Because the owners were moving abroad they left behind appliances such as a dishwasher, washing machine and fridge.

That was great because we didn’t even own knives and forks as we’d only lived in furnished rentals before.

On our first night, all we had was a beanbag, some camping chairs and our bed.

We’ve got the essentials sorted now. We’ve got my dad’s old sofas in the living room and Facebook Marketplace has been a godsend.

We'll stick with this furniture for now and gradually get our "forever" furniture as we decorate.

The house is mostly painted white, so it’s a blank canvas for us.

I’ve already booked for carpet to be fitted but the only other thing I want to do straight away is make a utility area in the kitchen so all the appliances can be hidden away.

What’s your advice for other first-time buyers?

We made a list of our absolute must-haves, the nice-to-haves and the things we really didn’t want.

It really helped to make sure we were on the same page in the search, that we knew what each of us wanted and that we both had our say.

I’d also say you should be patient and don’t settle even if you’re finding it frustrating and have to go and look at lots of houses.

There were times we felt defeated and like we’d never find the right house but it’s a lot of money you’re spending and a lot of time you’ll be spending there so you want to get it right.

And I’d say use a Help to Buy or Lifetime Isa because the bonus really boosted our deposit and helped us get the house we wanted. 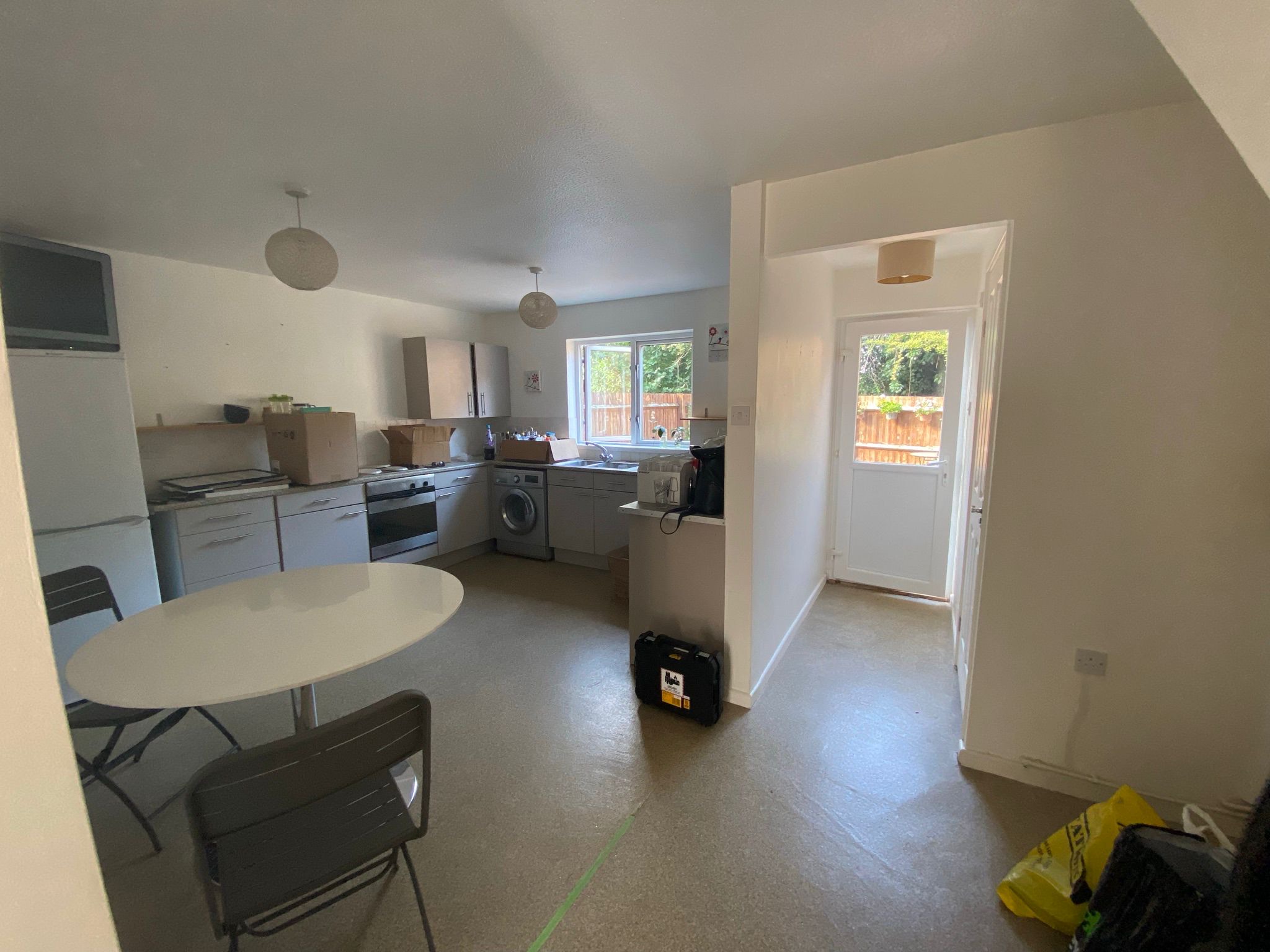 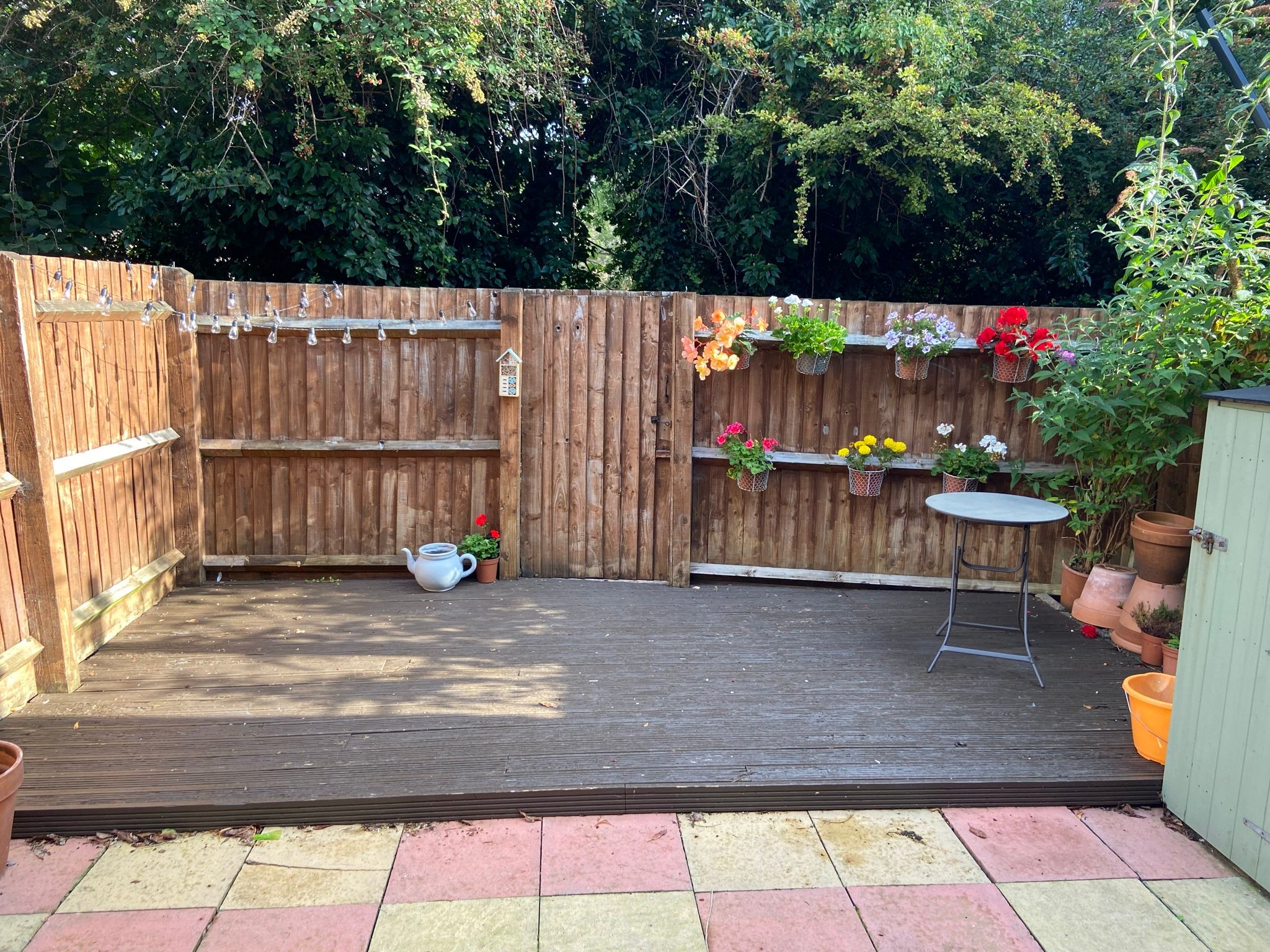