Giving the full picture. Prince Harry felt “strongly” about including texts exchanged between Princess Kate and Meghan Markle in his book, a source exclusively reveals in the new issue of Us Weekly.

Prince Harry’s Quotes About Reconciling With Royal Family Amid Feud

The Duke of Sussex, 38, released Spare, his debut memoir, on January 10 — but its chapters were already making headlines before hitting store shelves. According to the insider, Buckingham Palace “does not love” that private messages made their way into the book.

“They claim it’s just part of the story, and in any event, it’s egregious of Harry to publish these abbreviated excerpts,” the source tells Us, adding that the texts “clearly show that there are two sides” to every story. “Harry feels strongly it’s important to get the true account of what happened out there.” 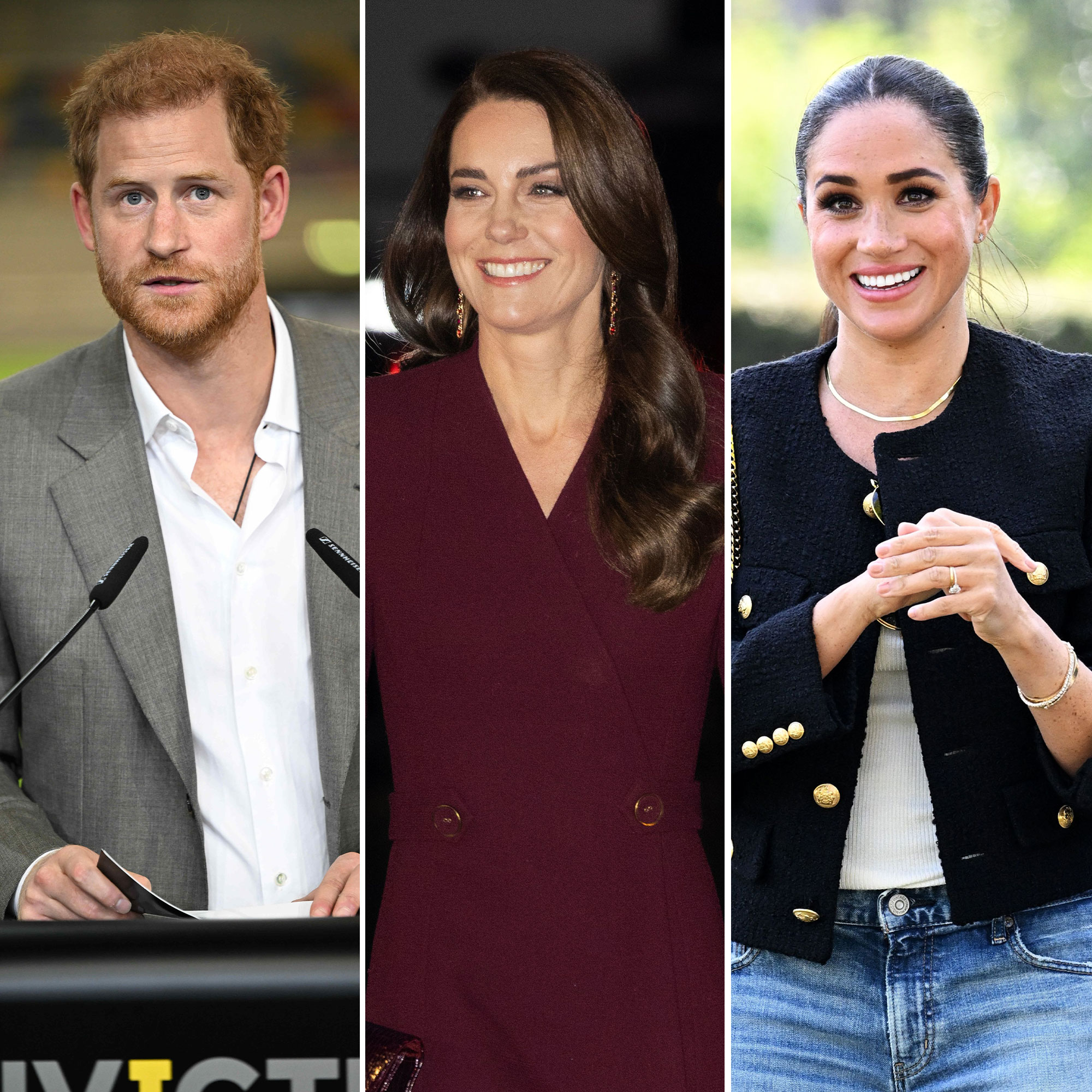 Early excerpts of Spare obtained by Us described the tension that arose between Kate, 40, and Meghan, 41, in the weeks leading up to the Sussexes’ May 2018 wedding. The duchesses didn’t see eye to eye about Princess Charlotte‘s bridesmaid dress, which Kate believed didn’t fit her daughter properly.

“Charlotte’s dress is too big, too long, too baggy,” the Princess of Wales noted in a text to her soon-to-be sister-in-law, according to Harry’s recollection. “She cried when she tried it on at home.”

The Suits alum allegedly replied: “Right, and I told you the tailor has been standing by since 8am. Here. At KP. Can you take Charlotte to have it altered, as the other mums are doing?”

When Kate requested that “all the dresses be remade” before the big day, Meghan reminded her that she was dealing with other personal issues regarding her father, Thomas Markle. (The lighting designer, 78, didn’t attend the wedding after he was caught staging paparazzi photos.)

While recounting the story in his book, Harry wrote that he found his then-fiancée in tears after the back and forth. Meghan and the former military pilot previously discussed the incident during their March 2021 CBS tell-all, with the California native asserting that she did not make Kate cry despite what was said in the U.K. press. “The reverse happened,” she claimed.

Everything We Know About Kate and Meghan’s Complex Relationship

According to the source, Harry’s use of the texts demonstrates “that Meghan was under intense stress at the time” — and that the situation with Kate “didn’t help” ease her mind. “There may well be other emails and texts, but nobody on Kate’s side will be releasing anything like that,” the insider tells Us.

The Invictus Games founder pulled back the curtain on his life within the palace and how his dynamic with the royal family changed after he and Meghan chose to leave their senior working roles in 2020. Spare has not received an official response from The Firm.

“It’s obviously business as usual as far as their royal duties go,” a source previously told Us, noting that the royal family doesn’t want “to dignify” Harry’s behavior. “There’s an acute awareness that Harry and Meghan seem to be looking for a reaction.”

For more on the state of Harry’s relationship with his relatives, watch the video above and pick up the latest issue of Us Weekly, on newsstands now.