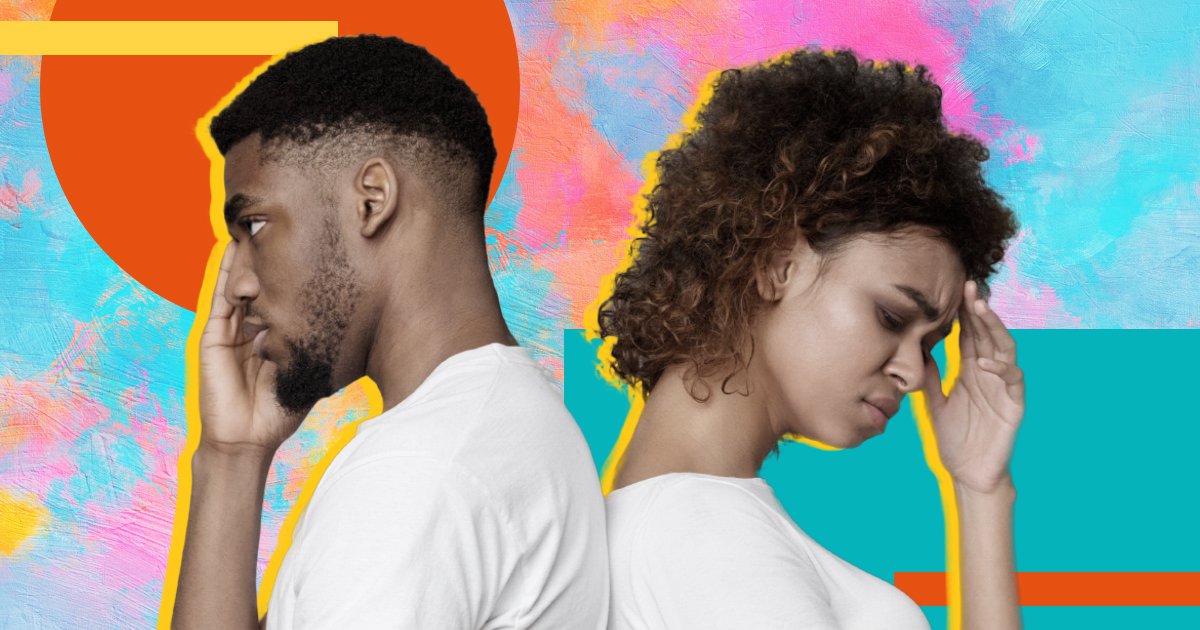 Amid a global pandemic in 2020, the world watched as George Floyd was killed.

The beast that is racial injustice was split right open, laid bare for all to see.

We were forced to examine the very societies and structures that we are governed by.

But in the midst of all this, Covid, which disproportionately affected those from ethnic minority backgrounds, raged through the world.

While we can’t label the Covid-19 virus racist, we surely have to scrutinize how race has come to play a factor in this disease and countless others.

One interesting and important explanation is weathering: a term that refers to the effects that chronic racism can have on one’s health; both physically and mentally.

What is weathering and where did the term come from?

This term was coined by Dr Arline Geronimus during the 1970s.

As a white American student at Princeton university, she worked a job with pregnant teenagers.

She soon noticed that mothers from ethnic minorities suffered more chronic health outcomes the longer they waited to have children compared to their white counterparts.

She immediately wondered what effects the chronic stress of their environment had on their health and later came up with the term ‘weathering’.

Weathering is erived from the verb to weather, which means ‘to wear away or change the appearance or texture of (something) by long exposure to the atmosphere’ or ‘the ability to withstand (a difficulty or danger)’.

In the context of racism, weathering refers to the impact racism and marginalisation has on our mental and physical wellbeing.

What are the effects of weathering on the body?

Science has proven that stress, from whatever form, has a detrimental impact to one’s health.

Who we are, some argue, is based on our ability to overcome stress, injuries and infections. In response, are bodies undergo an immune response, where hormones like adrenaline and cortisol increase to protect and fight against these threats, leading to cellular inflammation.

Short term inflammation is necessary, but repeated and constant threats lead to long term inflammation, which can cause significant health problems like heart attacks, cancers and chronic diseases.

Prolonged exposure to pollution for example, can affect many aspects of your health; from skin ageing to heart disease and lung disease, so it can also be understood that persistent racial stress, undertones and microaggressions can too affect you.

But while you may be able to escape pollution in the western world, by, say, venturing to the countryside or through protective gear, racism is inescapable – as are its effects.

The risks of weathering are high, as there are many ways to experience racism – first party (directly), second party (talking with someone) and even third party (watching it happen to others).

What does the research show?

Black people are more likely to have hypertension than any other racial or ethnic group.

They are also less likely to survive the majority of cancers and are more likely to be diagnosed with a more advanced stage of breast cancer than their white counterparts.

A well stated assumption is that this is down to genetic difference between races. But in addition to being problematic, this line of thinking doesn’t explain everything.

Key are environmental and social stressors. Racism, as previously stated, is a form of stress, and stress can both elevate the blood pressure and weaken the immune system leading to all of these outcomes.

A study in the Psychoneuroendocrinology journal 2019, confirmed that racist experiences appear to increase inflammation in Black people raising their risk and response to chronic illness.

Another study found that discrimination is linked to higher rates of smoking, alcohol and drug use, and unhealthy eating habits, the effects of which may explain some of why Black people in the UK are more likely than white people to be diagnosed with mental health problems and be sectioned.

This has been attested by two meta-analysis in the last decade that found a link between racism and discrimination and anxiety and depression.

Even the fear of racism can be harmful to one’s mental health, as suggested by a 2018 paper that showed how post traumatic stress disorder can develop from both verbal and physical racial abuse.

For example, a 2016 study found a link between medical professionals undertreating Black people in pain because of their own incorrect beliefs that Black people had a higher pain threshold and therefore required either less or no appropriate treatment.

Even as recently as 2019, a UK study found that Black women were five times more likely to die in labour than their white counterparts, when equaled for all other factors.

What can we do about weathering?

Research into the effects of chronic racism on health outcomes is certainly complicated.

Measuring the degree of racism experienced by individuals, quantifying that as well as removing all other compounding factors and examining the sole effects, is extremely difficult.

It’s not to say that racism and weathering is the only explanation for diseases, but what’s important is to highlight how the effects may be largely understated.

Other social stressors such as loneliness and poverty have been studied in far greater detail. It may be time now – given all that has been uncovered in the last year and half – to research further into this. This will allow us to tackle structural racism head on.

To the group of people that suffer from weathering: the most important advice is to seek mental therapy. Offloading that stress and sharing that emotion is the most therapeutic thing you can do to reduce the burden experienced by yourself, and the generations before you.

Disconnecting from media devices to reduce the exposure to second and third party experiences is also important to lighten your load.

Reducing stress and the effects of weathering does not fall on any one individual and needs to happen on both on a micro and macro level.

We must all work together to improve the individual and collective experience for one another.

Getting to a point where, as Dr Geronimus wisely said, ‘knowing you’re being taken care of by people who see you, who care about you, who see the world the way you do—can be stress-reducing’.

There is most definitely still more work to do.

The State of Racism

This series is an in-depth look at racism in the UK in 2020 and beyond.

We aim to look at how, where and why individual and structural racism impacts people of colour from all walks of life.

It’s vital that we improve the language we have to talk about racism and continue the difficult conversations about inequality – even if they make you uncomfortable.

We want to hear from you – if you have a personal story or experience of racism that you would like to share get in touch: [email protected]

To learn more about little actions you can do that make a big difference to your overall health and wellness, follow @lifeofdrkandi on Instagram.

Do you have a story to share? We want to hear from you.

Get in touch: [email protected]