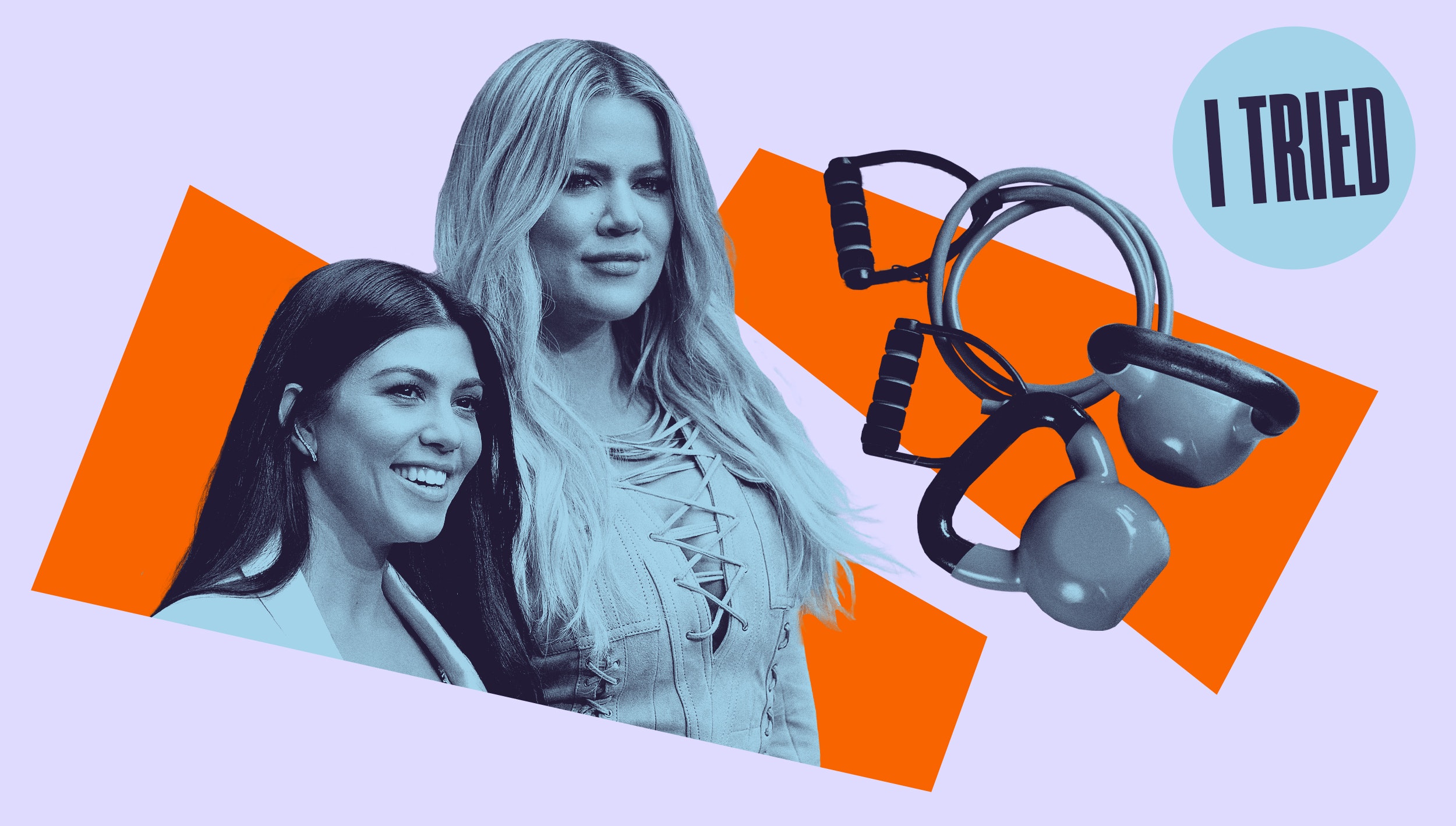 Love ’em or hate ’em, the Kardashians are the definition of iconic. While I don’t religiously keep up with their every move, I often dream about what it would be like to live like a member of one of the most famous families in the world. Even though I can’t cruise around in a pink Rolls-Royce or turn heads at the Met Gala, I can emulate them in at least one way: their exercise regimens. So, when I got the chance to try working out with a Kardashian trainer, I figured this was an opportunity to live like Kim and her krew.

It’s no secret the members of the KarJenner fam put a lot of effort into their physical appearances. Their socials are full of glam shots, gym selfies, and, most relevant to me right now, fitness tips. One of the many ways they work out is with the help of their longtime personal trainer, Don Brooks, aka “Don-A-Matrix.”

Chances are, you’ve seen Brooks training the fam on Keeping Up With The Kardashians over the years. He’s known for being tough and his strategic high intensity interval training (HIIT) workouts have not only helped shape the Kardashians’ bods, but have also caused even them to collapse into a heap of sweat and shaking muscles.

In addition to regularly working with Khloé, Kim, and Kourtney, Brooks has also trained Kylie, Kris, and Kanye West, not to mention other A-listers like Josh Duhamel, Kristen Bell, Fergie, and Addison Rae. So basically, if you’re a celebrity, you probably work out with Brooks or know someone who has.

All this is why I — someone who has always wanted to be a celebrity but never got her big break — was thrilled to try a one-on-one virtual session with Brooks. I figured after a quick 30-minute workout, I’d be well on my well to posting #SponCon and starring in my own reality series.

Here’s how that worked out…

Brooks used his experience as a former NFL trainer to create his signature "Matrix Method." Basically, the workout is broken up into four quarters (you know, like a football game). Each quarter focuses on a different area of the body and includes two separate moves. All you have to do is complete each move 20 times to finish a cycle, and then repeat each cycle three times to "win" the quarter.

I was also told the workout included strategically scheduled rest and hydration breaks between each quarter, so I figured it couldn’t be that hard. I could handle eight different exercises! I could do 20 reps! Four quarters isn’t so bad! Right??

Ahead of my virtual workout, Brooks told me to prepare my body mentally and physically. According to him, one of the ways Kourtney preps for a session is by either drinking something caffeinated or chugging a BODYARMOR drink (a drink brand Brooks partners with and encourages participants to consume throughout his workouts). So, after throwing on some yoga pants, a tank top, and my old tennis shoes, I drank a BODYARMOR and tried to emotionally prepare for what was to come.

While I’m not Kardashian-level fit, I’m never one to shy away from a fitness experiment. I figured that if I could do the #MileyChallenge, I could keep up with the Kardashians’ workout. 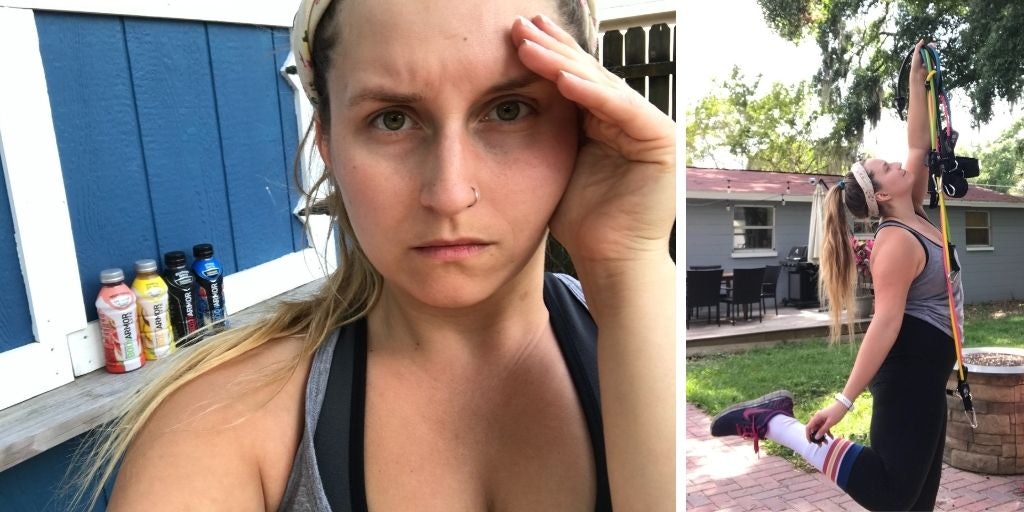 For me, a warmup usually involves some halfhearted stretching in front of the TV before going on a nice, leisurely walk around the block. With Brooks, things weren’t quite as chill. After logging onto our video chat, I unpacked the box of Sweet Sweat Resistance Bands Brooks’ team sent me and laid out a yoga mat. Brooks had me stretch the resistance bands over my head while doing jumping jacks and then do a few rounds of squats.

After three rounds, I was already out of breath, and when Brooks asked if I was ready to actually start the workout, I was shocked to realize we hadn’t even begun yet. I bit my tongue to avoid saying "don’t be f*cking rude" and gave him a halfhearted thumbs-up. 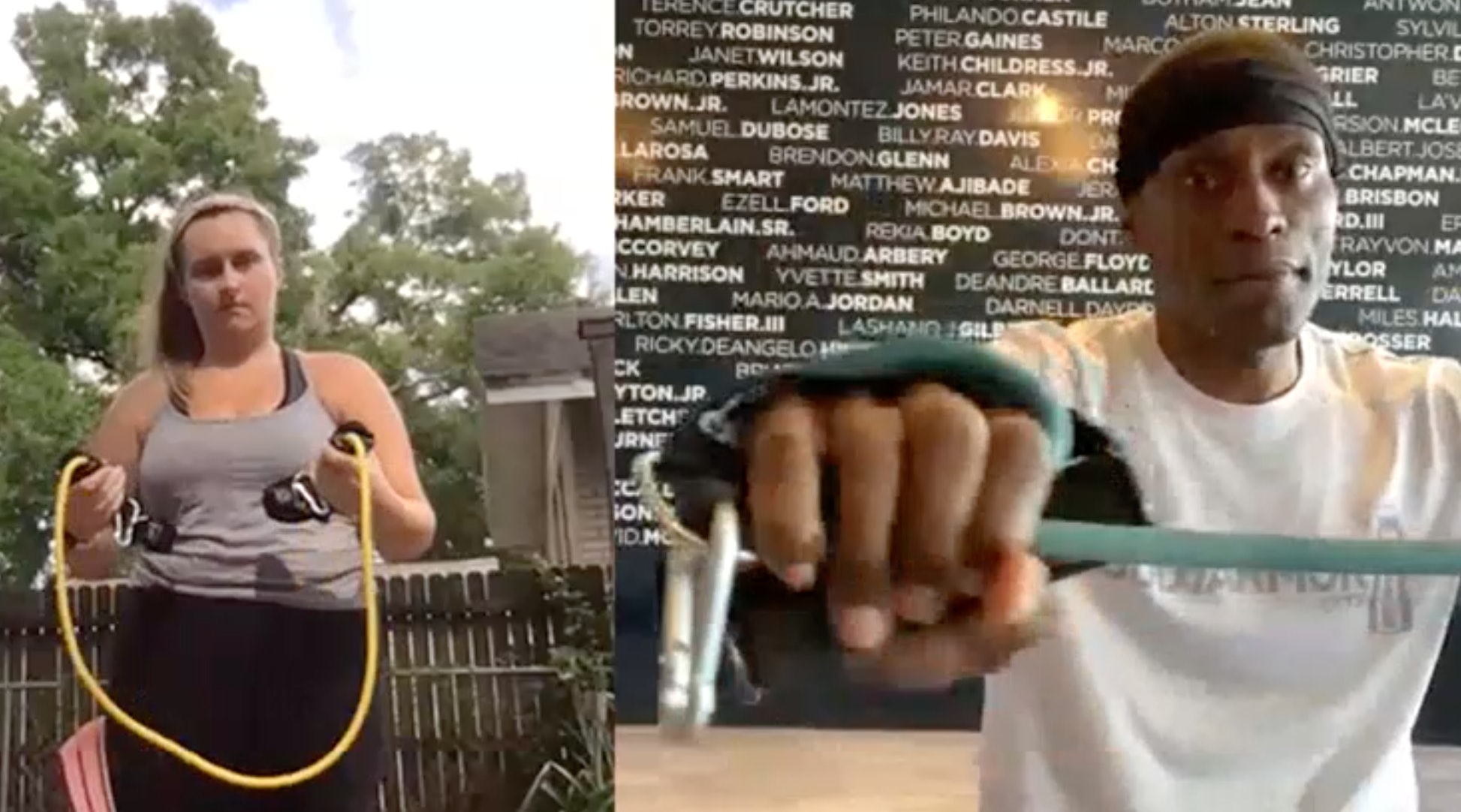 After I took a few moments to complain and chug some more sports drink, the first quarter of my workout began. Starting off, Brooks had me do bicep curls and even more squats. As I strained against the bands wrapped around my legs, Brooks told me the move I was attempting (which involved kicking my leg out and landing in a squat) was Khloé’s favorite since it works the glutes and hips.

After attempting a few reps, I realized why the KarJenner family has such toned bodies: This was near impossible. In any other situation, I would have immediately given up, but with Brooks giving me tips and encouragement on the screen, I fumbled my way through the first quarter before collapsing in a nearby lawn chair during my first break.

After briefly hydrating with more BODYARMOR, I grudgingly stood back up for the second quarter and felt my soul leave my body when Brooks said it would involve (you guessed it) even more squats mixed with a shoulder exercise. Since the Kardashians are known for their derrières, it makes sense that they do a lot of glute workouts, but as someone who makes a living sitting on mine as opposed to sculpting it, I wasn’t prepared for the amount of squatting the workout would involve.

By the end of my second set, I was barely bending my legs and the only thing that distracted me from the burning in my thighs was the aching in my lungs. My face contorted in pain with each move and it took everything in me to focus solely on Brooks’ voice as he counted down the reps through the screen. 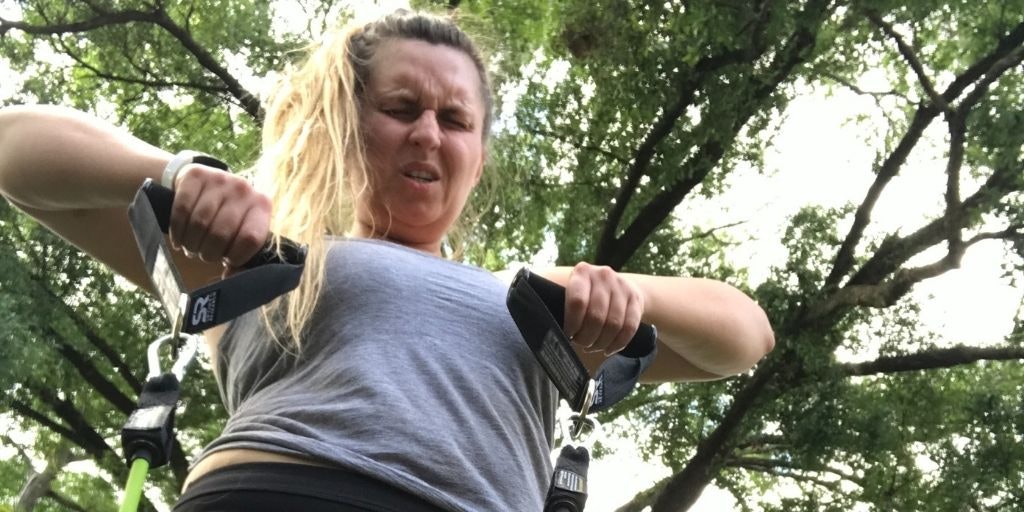 At this point, I considered pretending my internet cut out and just ending the whole virtual workout. I was extremely dizzy and after drinking more BODYARMOR, I started to feel like it might come back up, Exorcist-style.

Despite me hinting that I’d rather die than do any more exercises, Brooks was persistent. He reminded me this is how the big times sculpt their bodies and that I was already halfway done with the workout. This was supposed to be encouraging, but the thought of doing two more quarters seemed absurd to me. Luckily, the third quarter didn’t involve squats (praise be), but instead focused on my back and triceps while also mixing in a "healthy" dose of lunges.

This is where things really went downhill… as if they hadn’t already. This quarter basically had me running in place, and after the very first round, I knew it would be the end for me. My vision was getting spotty and I was getting closer to passing out with each rep.

When Brooks told me to hydrate before the final quarter, I started manically laughing before informing him there would not be a final quarter. The fourth quarter would cease to exist in my playbook. Through the sweat stinging my eyes, I saw my heart rate flash on my FitBit: 164 BPM — the highest I have ever seen it and well into the peak range for cardio.

Luckily, he understood. After telling me I did surprisingly well, he admitted plenty of people can’t get through the full workout the first time, at least not without feeling seriously sick… something I myself could heavily identify with at that moment. While a traditional Brooks cooldown consists of light stretching, mine was more along the lines of pacing my backyard and trying to get my breath in control. My legs buckled with each step and my head felt like it was going to explode.

After chugging more BODYARMOR to replenish my electrolytes, I swiftly vomited all over my back deck. Even though Brooks told me it’s not uncommon to vom after an intense workout, I didn’t feel much better as I wiped the puke off my shoes and collapsed onto my couch. I didn’t even have the energy to push my dogs away as they tried to lick the inside of my mouth — my body was that spent. 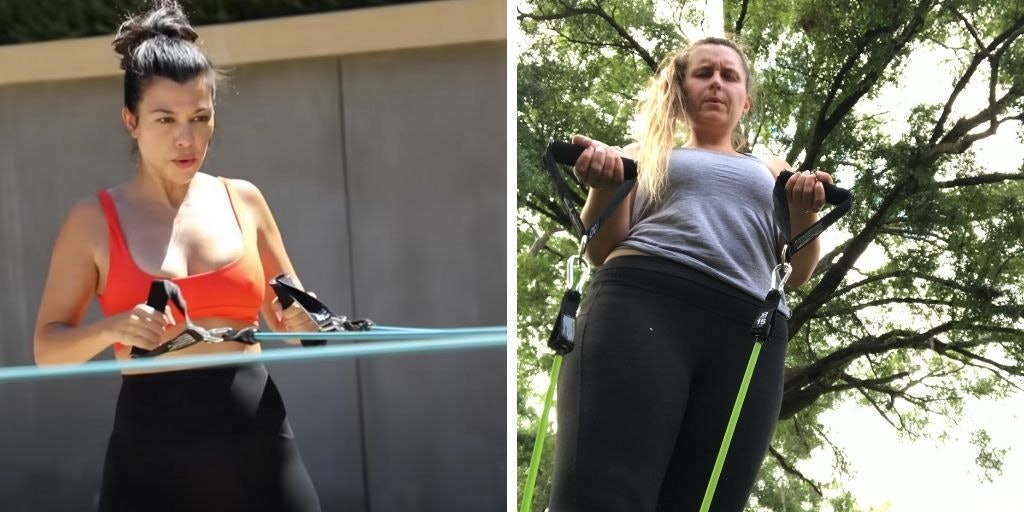 While I’ve always respected the Kardashians for their hustle, after getting 3/4 of the way through just one of their typical workouts, I’m officially in awe of them. I can’t imagine my body ever moving like that on a regular basis. I mean, to just make it to the end of Brooks’ workout takes some serious athleticism and dedication.

Even though I had a blast getting virtual tips and inspo from one of the Kardashians’ personal trainers, trying to recreate their exercises makes me never want to be famous. If celeb status involves throwing up a sports drink and sitting down in the shower due to uncontrollably shaky legs, the Kardashians can keep their fame. Bible.

In Elite Daily’s I Tried series, we put celebrities’ favorite products, recipes, and routines to the test to show you what living like your fave star is really like. Read more here.