Is it horrific for Covid to kill off Halloween?

Is it horrific for Covid to kill off Halloween? As No 10 threatens to hand trick-or-treaters £200 fines, two writers give their opposing views 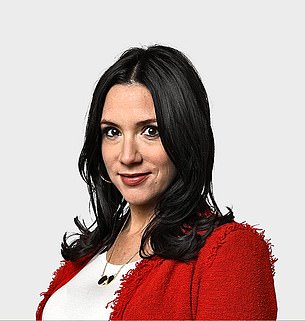 Clare Foges,(pictured) a self-confessed ‘Halloween hater’ argues there is no heart in the seasonal event

A guide to trick-or-treating in 2020: take no more than two children, with everyone dressed in PPE and rubber gloves. Come armed with a long stick to knock on doors and avoid touching contaminants.

Say ‘trick or treat’ at a maximum of ten decibels to avoid transmission of viral droplets. Sanitise hands after every house visit. Once home, shower all participants and immediately wash costumes at 90c.

Or here’s another idea: why not skip the whole thing? Is this festival of tackiness really worth risking another surge in Covid cases?

Martin Hewitt, chair of the National Police Chiefs’ Council, recently warned it would be ‘fairly foolish to do this in the way it is traditionally done’. Local forces will be requesting that people keep their celebrations to little more than a pumpkin in the window.

Meanwhile, a Downing Street spokesperson warned ‘the rules are clear on household mixing’ and said families breaking the rule of six could face fines of £200.

This might send sweetie-mad kids into meltdown but, as an emphatic Halloween-hater, I am delighted.

I have watched aghast for the past 20-odd years as this all-American import has crept from the margins to become a major autumn event, over-shadowing lovely old Bonfire Night.

From the beginning of October, the shops groan with orange plastic tat. And I dread the day my children, aged one and two, start begging me for chocolates containing green goo.

Truly bizarre are the adults eagerly getting on board, posting pictures on social media of ‘Halloween trees’ laden with miniature skulls. Meanwhile, Instagram narcissists put in extra time at the gym to prepare for the fancy dress parties — another viral transmission hotspot — showing off their sculpted forms as scantily clad zombies or blood-spattered nurses. It is, in short, another opportunity to spend, stuff our faces and show off.

While the same might be said of Christmas, at least it has a heart: a message of ‘goodwill to all men’ that even non-believers can enjoy, a chance for families and friends to come together — so vital in hard times.

But there is no heart beating in Halloween’s novelty plastic skeleton, only a rather ugly enjoyment of gore.

I don’t suggest we should cancel Halloween every year; I get that this is a bit of fun for some. But now — as we stare down the barrel of a winter public health crisis, with Covid cases spiralling and the NHS overwhelmed — is not the time for young people to gather in their droves to party or traipse around the streets at night, potentially spreading the virus.

Six months ago, we were standing on our doorsteps to clap for carers; now we should show the same respect by keeping those doorsteps free of trick-or-treaters. See you, Halloween, until (at least) 2021. 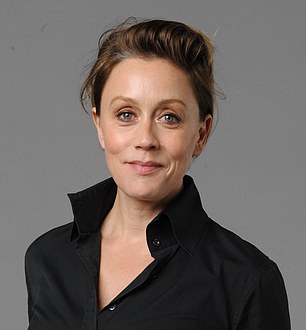 CHRISTMAS? It can naff off. I don’t want to stuff my face with turkey and roasties for a week in an age of obesity. But Halloween? Don’t you dare cancel that.

All Hallows’ Eve, as the traditional Christian celebration is known, has for centuries been a time for honouring the dead, feeling closer to those we have lost.

Granted, in 2020, that soulful connection has been largely replaced by the chance for kids to go crazy with sweets and fancy dress. But I believe it is truly a festival for the times — a chance to shake us out of our cycle of gloom, moaning and judgment with a strategic blow-out.

I feel so sorry for young people who have been robbed of their freedom by this infuriating virus. The psychological impact of our collective fear and loss is in some ways only just becoming apparent. And children are not immune, especially if they are living with adults who are stressed, angry or sad. Earlier this summer, my nieces and nephews (the youngest of whom is eight) came over to go boxing with me. I took expensive private lessons I could ill afford, and for an hour we vented our frustrations by pounding the bags to insanely loud hip-hop music.

Once the children were back in school, I continued boxing with my youngest nephew, who has struggled with the effects of the virus on his school life. It sounds a small thing, but Halloween, like boxing, is a vital pressure release. As we settle in for a miserable winter, we need something to look forward to. And Halloween is it, at least for my family.

Adults lighten up a bit, and children get to smother themselves in face paint while letting their imaginations run riot. Let them be witches, Harry Potter, Wonder Woman or Donald Trump for a night.

And yes, I think kids should be allowed to go trick-or-treating in their legal bubbles of six. The virus is mostly passed on by aerosol transmission indoors, so standing on the pavement while a grumpy neighbour shouts ‘trick’ out the window, or shoves a few sweets through the letter box, isn’t going to kill anyone.

Let our stifled young run riot for one night and create some glorious mess with their creative costumes — at least it will be easier to clean up than the messes we adults have made.