It’s over! Chase Stokes and Madelyn Cline have called it quits after more than one year of dating, according to reports.

E! News and People report that the pair split a few months ago. 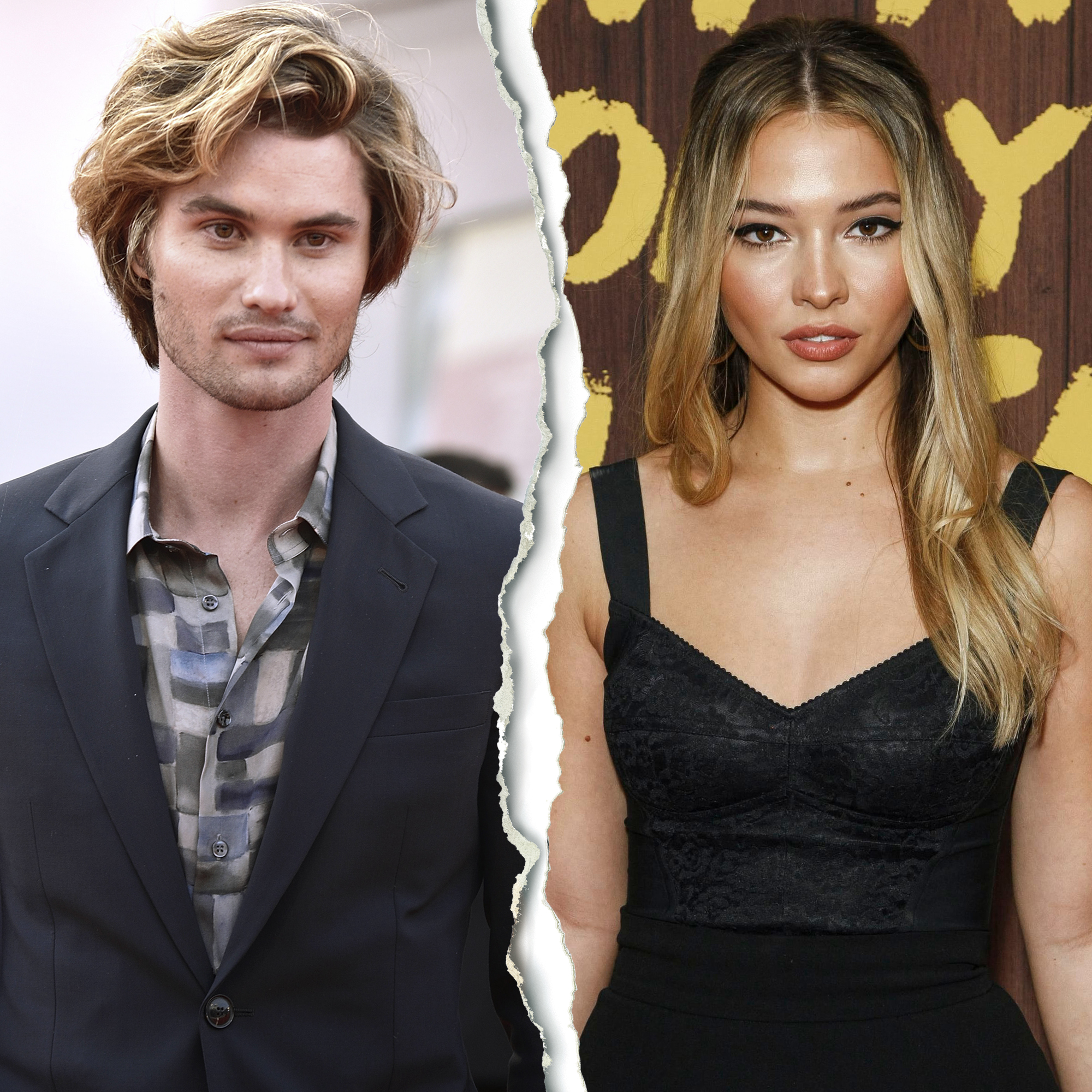 The duo sparked split speculation in September when Cline, 23, was spotted hanging out with Ross Butler in Milan as rumors swirled that she and Stokes, 29, were over.

After sitting together during a Milan Fashion Week show, Cline jetted off to Paris, where the To All the Boys: Always and Forever actor, 31, later showed up. However, Butler told TMZ that the actress was “just a friend.”

Chase, for his part, was seen in Miami with Jonathan Daviss and Austin North during the same week that his ex was spotted in Europe with Butler. The following month, the Maryland native celebrated Halloween with pals, including Joey King, but his longtime love was not in attendance for the October fun.

‘Outer Banks’ Cast’s Love Lives: Who the Stars Are Dating in Real Life

The Outer Banks costars, who play lovebirds John B. and Sarah, met while filming season 1 of the Netflix series in 2019. It wasn’t until the coronavirus pandemic began in the spring of 2020 that the pair’s relationship became romantic.

Us confirmed in April 2020 that the Beach House star and the Boy Erased actress were quarantining together along with costars Rudy Pankow and Drew Starkey amid the COVID-19 crisis. Two months later, the duo confirmed their relationship.

“Cats outta the bag,” Stokes wrote alongside an Instagram photo of the pair having dinner on a beach while watching the sunset in June 2020. Cline reposted the photo, adding, “I’ve fallen and I can’t get up.” 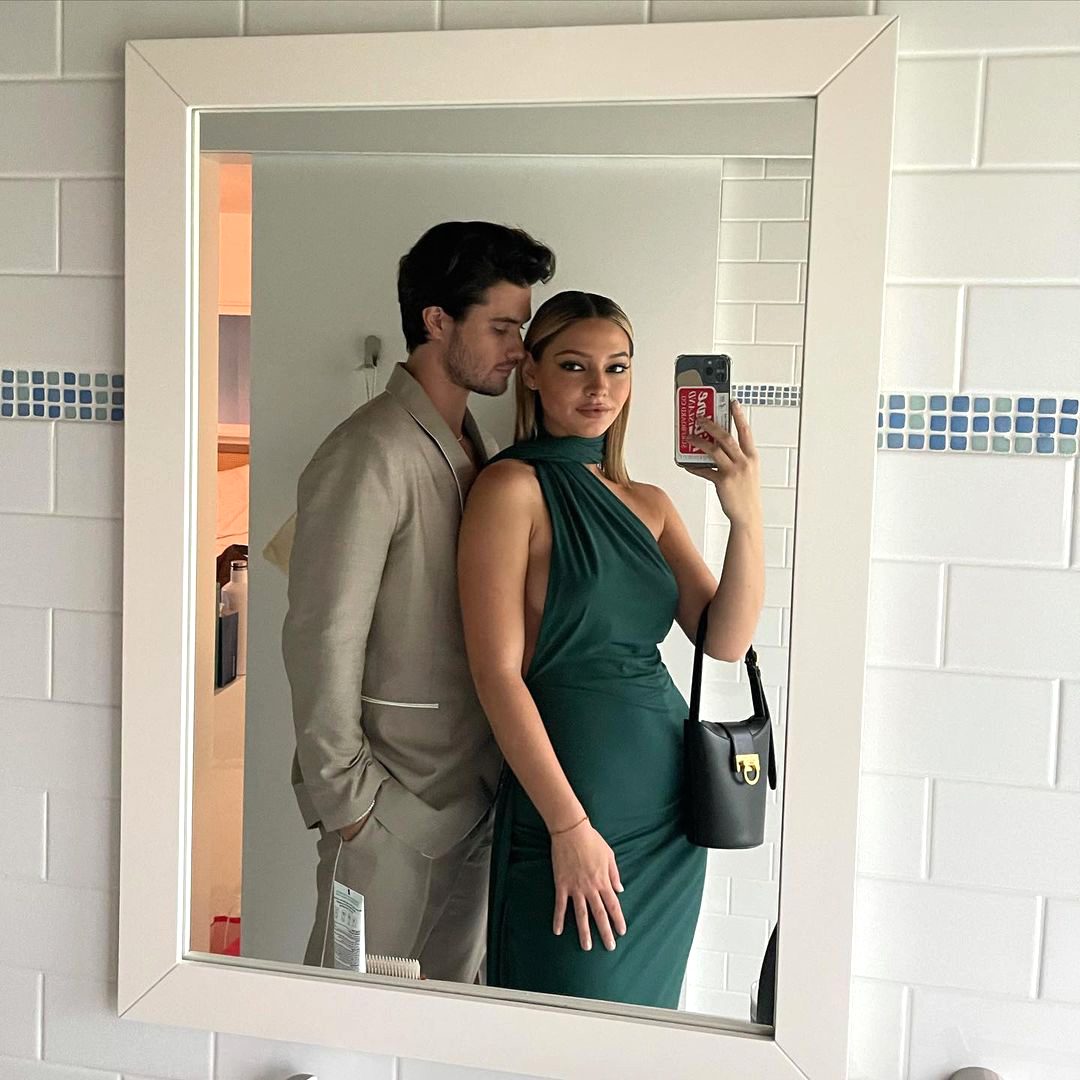 The South Carolina native gushed over Stokes during a November 2020 interview with Entertainment Tonight, saying, “It’s really cool. Love is tight. It’s cool to share this experience with your favorite people and also your favorite person. … I feel very happy.”

One month later, the One of Us Is Lying actor sang the What Breaks the Ice actress’ praises on her birthday.

“It’s quite rare to meet somebody and feel everything change. Thank you for making the coldest days warm, for your infectious love, and being the best dog mom to Lil mi,” Stokes wrote via Instagram in December 2020. “Happy birthday sweet thang you make my heart warm and fuzzy 25/8.”

He later reflected on how their relationship came about, telling Us exclusively two months later that sparks didn’t immediately fly between them.

“At that point in time, we were so anxious about the show and so nervous about constantly screwing up. I think we were all under this sort of strange umbrella of, like, ‘Dear God, we got an opportunity. Let’s not screw it up!’ So, it was just always work-oriented — really until the day we wrapped,” Stokes said in February. “It wasn’t until after that, until we started to kind of get into the lockdown where we were like, ‘Is there something here or am I crazy?’ That’s sort of where it bloomed from there. I think we were just so invested in the work.”

The pair celebrated their one-year anniversary in April, one month before packing on the PDA at the 2021 MTV Movie and TV Awards. The actors took home the giant popcorn trophy for Best Kiss and made out on stage during their acceptance speech.

After season 2 of Outer Banks premiered in July, the twosome shared behind-the-scenes moments from the set. They also posted intimate moments from their romance, with Cline jokingly revealing Stoke’s bedtime routine of jumping on the dog bed while celebrating his birthday in September of that year.