The world has changed in the near-forty years since Hall & Oates’ “Maneater” topped the Billboard Hot 100. People who once used “car phones” as mobile communication now use an app on their mobile to buy cars. Video game nerds, once relegated to dingy arcades, now stream online to audiences of millions. Once but a rumored creature of the Pacific Northwest, the elusive sasquatch embraces the spotlight with a music career and a robust social media following. Yes, the world has changed since 1982, but one thing remains: “Maneater” is still a jam. Still, Gen Z needs a version all its own, so John Oates has teamed with Saxsquatch to transform the hit into a dreamy dance bop.

Look, if seeing John Oates play alongside a seven-foot-tall, saxophone-playing cryptid doesn’t bring a smile to your face, then the upbeat version of this ‘80s hit will. This new “Maneater” is a perfect combination of the joyful and the strange, which could not have happened without John approaching this collab with an open mind.”When I first came up with the idea for Maneater,’ I wrote it with a reggae groove,” he tells HollywoodLife. “That was back in the early 80s. I’ve always wanted to take it back to that, and when I got together with Saxsquach, that’s what we did. 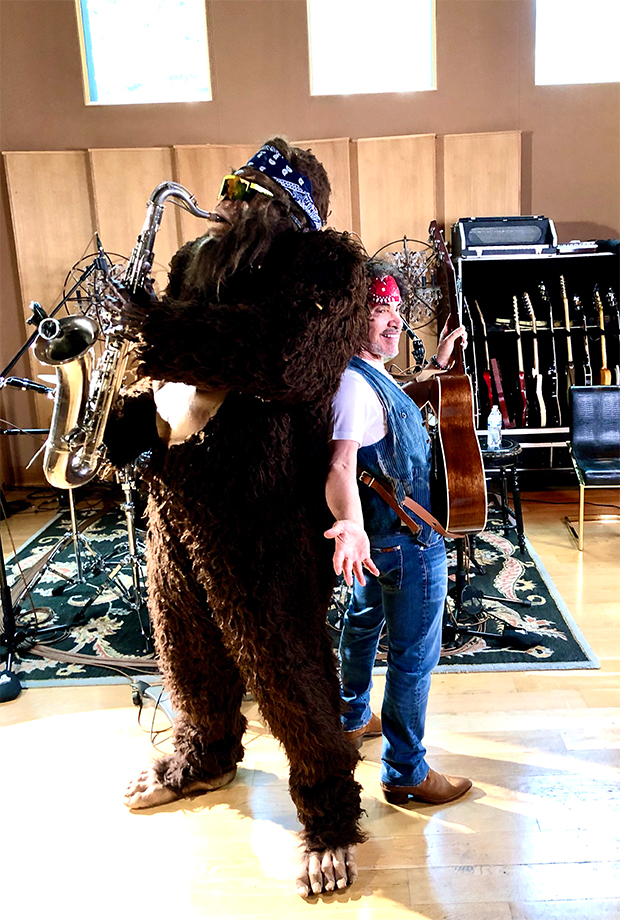 “From there, his creative team began to re-imagine the song and track yet again, and from that, the EDM version emerged,” adds Oates. “I never envisioned that approach but love being surprised and open-minded to the creative process. The worse thing for an artist is to be devoid of an enlarged view.”

“It can be hard to believe in yourself,” Saxsquatch tells HollywoodLife via email. “John Oates really encouraged me to put myself out there and take a risk with transforming ‘Maneater’ into an electronic dance track. Having him as a mentor and collaborator over the last couple of months has been life-changing. Believe in yourself even when no one else does.” 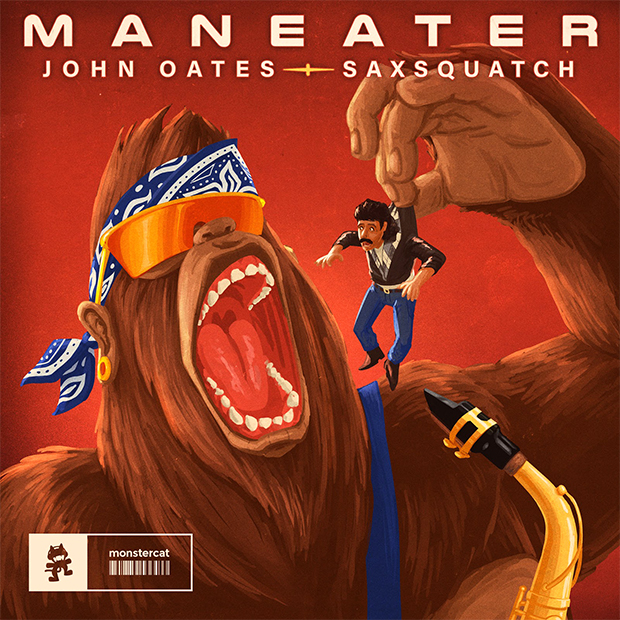 Saxsquatch is one of the biggest live streaming musicians in the United States for those who aren’t up on their social media cryptid phenomenons. His recurring “Live From The Woods” shows draw in an average of 300k weekly views, making him Facebook’s No. 1 recurring music program. 2020 saw him release The Missing Mixtape LP, with covers of Daft Punk (“One More Time”), George Michael (“Careless Whisper”), D’Angelo (“Brown Sugar”), and more, including five original compositions. As for John Oates? He’s a Rock and Roll Hall Of Fame inductee, with 29 Top 40 singles, six No. 1, and the well-deserved reputation of being a songwriter’s songwriter. 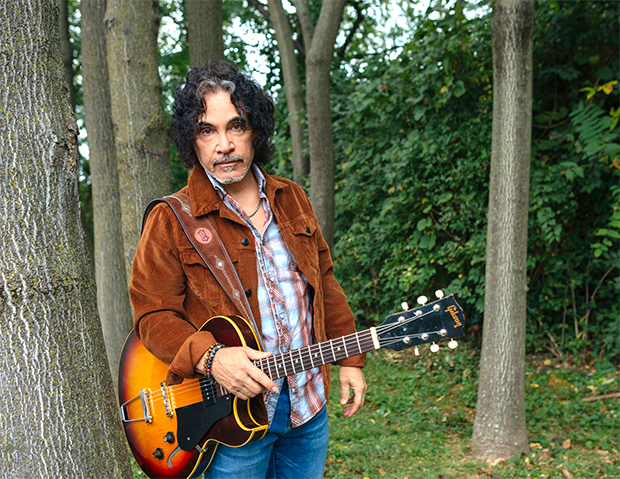