The Starks have a special bond with their direwolves on Game of Thrones, but none of them compare to Jon Snow’s bond with Ghost. Although Ghost has been relatively absent in the final season of the epic fantasy series, the protective pup did get a major moment in the fourth episode. Spoiler alert: This post contains spoilers from Game of Thrones Season 8 Episode 4. Jon Snow gave Ghost to Tormund on Game of Thrones and it was the perfect ending for the white direwolf.

Ghost has been at Jon Snow’s side throughout the run of Game of Thrones, making him the only direwolf to still be with his Stark into the final season, and definitely the most important of the direwolves. But Jon Snow finally bid farewell to his trusty canine companion ahead of the final battle against Cersei Lannister on this Sunday’s latest episode. 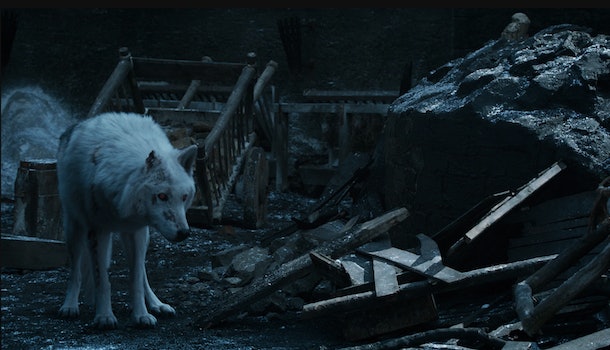