June 22 – On this day: 40 years since we celebrated the arrival of baby Prince William 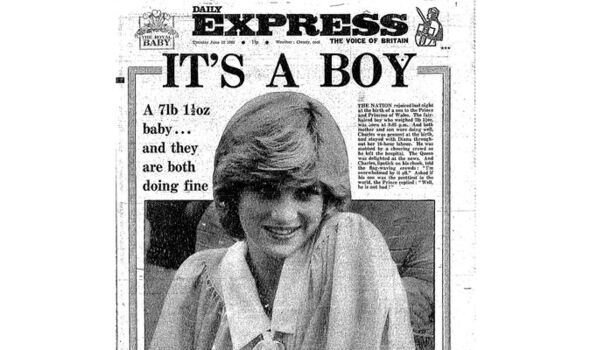 Greeting wellwishers, Prince Charles told them to “quieten down” and revealed he and Diana had an argument over what to call the baby who would be second in line to the throne.

74 years ago (1948) One of the first large groups of Caribbean immigrants arrived in the UK on HMT Empire Windrush.

Among those who disembarked at the Port of Tilbury in Essex were Notting Hill Carnival co-founder Sam Beaver King – who later became the first black Mayor of Southwark – and calypso legend Lord Kitchener.

21 years ago (2001) Home Secretary David Blunkett announced the killers of toddler James Bulger would be allowed to be released on licence.

Jon Venables and Robert Thompson were 10 years old when they tortured and murdered the two-year-old after abducting him from a shopping centre in Bootle, Merseyside.