You can’t always bring old fossils back to life – and here’s the proof… Jurassic World: Dominion lacks any sense of jeopardy or emotional heart

Just over a fortnight ago, Tom Cruise showed exactly how you breathe new cinematic life into a much-loved old classic. Alas, Jurassic World: Dominion is no Top Gun: Maverick.

Yes, you can round up the old gang for the first time in three decades, mix them up with the new gang who’ve been at it for the past seven years, but if you can’t give them all decent dialogue and a powerful story… well, it’s just not going to happen. 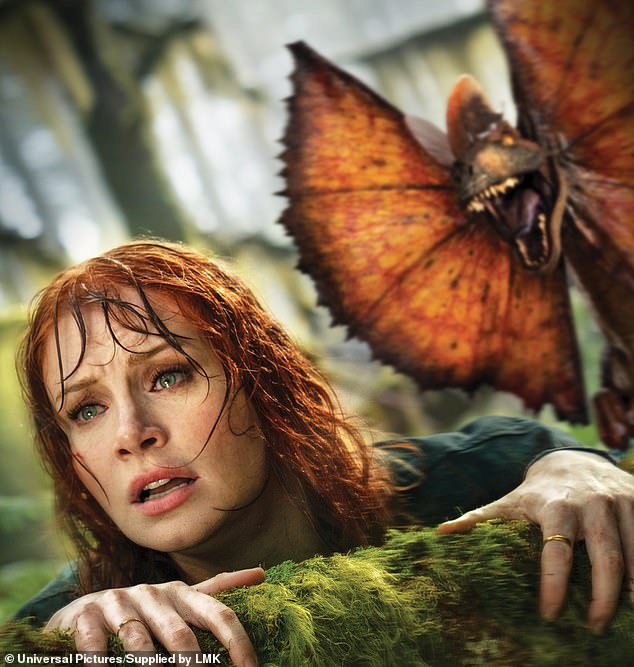 Unfortunately, Bryce Dallas Howard (above) and Chris Pratt, who were so good in the 2015 Jurassic World reboot, are underwhelming

There’s no denying a certain pleasure in seeing Laura Dern, Sam Neill and Jeff Goldblum reunited for the first time since the 1993 original – along with B. D. Wong as Dr Wu – and there are a couple of nice set- pieces.

But, remarkably for a film where the great Steven Spielberg – who directed the first two films, of course – serves as an executive producer, there’s no sense of real jeopardy and certainly nothing in the way of emotional heart.

I came out unshaken and entirely unstirred.

Even with the help of a dramatised news report at the beginning, effectively serving as a ‘previously on Jurassic Park…’, it’s difficult to make sense of everything that’s going on.

But following the events of Jurassic World: Fallen Kingdom, dinosaurs are now everywhere. 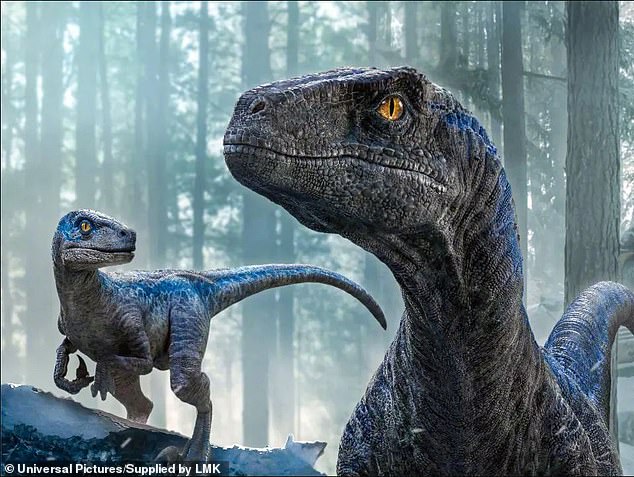 Following the events of Jurassic World: Fallen Kingdom, dinosaurs (above) are now everywhere and naturally, there’s a sinister company trying to exploit their DNA for commercial gain

Naturally, there’s a sinister biotech company trying to exploit their DNA for commercial gain, but there’s also growing concern about a new breed of super-locusts that threaten the world’s food supply and then – most peripherally – there’s Maisie, a 14-year-old girl who might be a clone of the daughter of a character we never met and granddaughter of the park founder who wasn’t Richard Attenborough.

Boy, is it hard to care.

Dern and Neill never really make it out of second gear, despite us wanting them to, while Bryce Dallas Howard and Chris Pratt, who were so good in the 2015 reboot, are similarly underwhelming.

Someone called Campbell Scott is seriously undercast in the crucial role of main baddie, leaving only DeWanda Wise, as gung-ho pilot Kayla, with much credit.

But then she is playing the only character with swagger and decent lines, and seems to have flown straight out of Indiana Jones.

All My Friends Hate Me sees a group of old university friends gathering in a big country house to celebrate Pete’s birthday. But as Pete (Tom Stourton, who also co-writes) arrives – initially to an empty house – nobody seems pleased to see him.

Is he being paranoid or is there something darker going on? Despite the occasional lapse into Fast Show caricature, this Peter’s Friends-style drama really isn’t bad.

Arthouse favourite Udo Kier is terrific in Swan Song as Pats Pitsenbarger, an ageing gay hairdresser and former drag artist who walks out of his nursing home to carry out one final appointment – to do hair and make-up for his most famous client.

Who has just died. 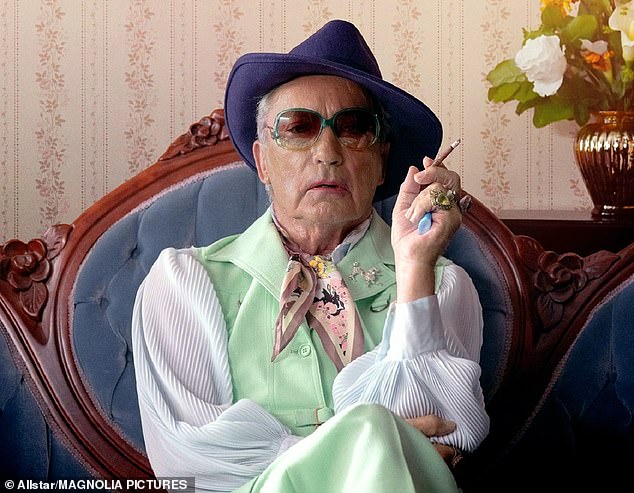 Arthouse favourite Udo Kier (above) is terrific as Pats Pitsenbarger, an ageing gay hairdresser and former drag artist who walks out of his nursing home to carry out one final appointment

It’s slow and way too long, but do look out for Jennifer Coolidge as his former protégée and Linda Evans as newly deceased Rita Parker Sloan.

Don’t let the presence of familiar names such as Romola Garai and Alex Lawther fool you.

Earwig may be beautifully shot and dream-like but it’s serious arthouse fare that combines two nasty stories – one about a young girl being held captive in a dark flat, the other about a beautiful but now badly disfigured woman being cared for by a man with possibly dishonourable intentions.

Nobody utters a word for more than 22 minutes. Nuff said.