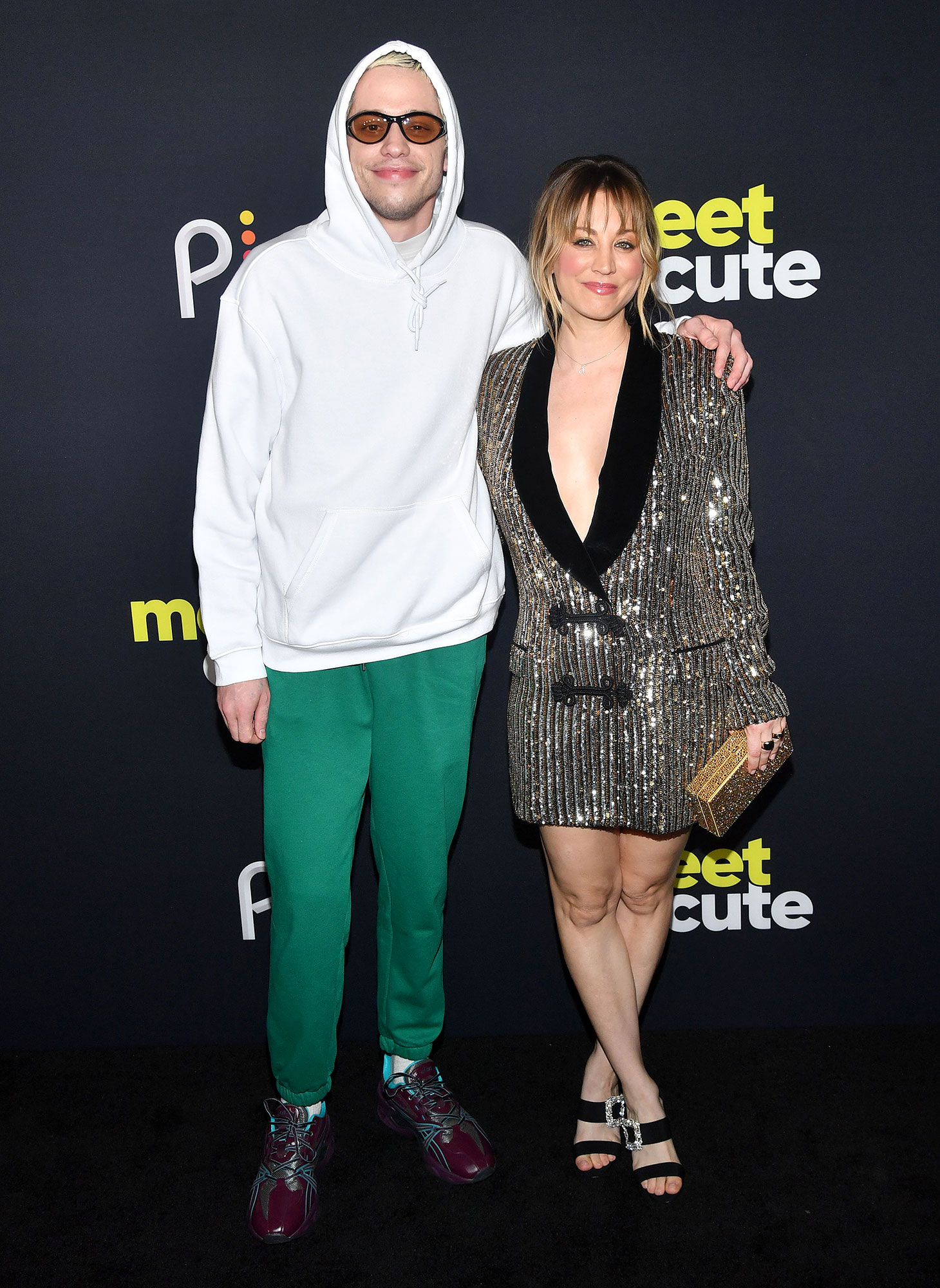 Kaley Cuoco thinks Pete Davidson should do better. The actress hilariously slammed the comedian’s decision to wear a hoodie to the Meet Cute premiere in New York.

“I’m glad Pete dressed up for the occasion,” Cuoco, 36, joked in an interview with Entertainment Tonight at the red carpet event on Tuesday, September 20. “That is so bad.”

The Saturday Night Live alum, 28, looked cozy in a white sweatshirt, which he paired with green track pants and maroon sneakers. The King of Staten Island star accessorized with bug-eye sunglasses and kept his platinum blonde mane tucked under the hoodie.

Cuoco, for her part, decided to get dolled up. The Big Bang Theory alum lit up the screening, sporting a sequin blazer dress by Dolce & Gabbana. She teamed the piece with a gold clutch and strappy black sandal heels. As for her glam, the California native opted for soft pink makeup and had her hair styled in a shaggy but chic ponytail.

According to the synopsis, the romantic comedy follows Sheila (Cuoco) and Gary (Davidson) as they “meet and seemingly fall in love at first sight.” However, it is later revealed that their connection is orchestrated by Sheila who has a time machine that allows them to keep “falling in love over and over” again. The plot hints that things take a turn when Sheila travels to Gary’s past to “change him” into her “perfect man.”

The film debuts on Wednesday, September 21, via Peacock. 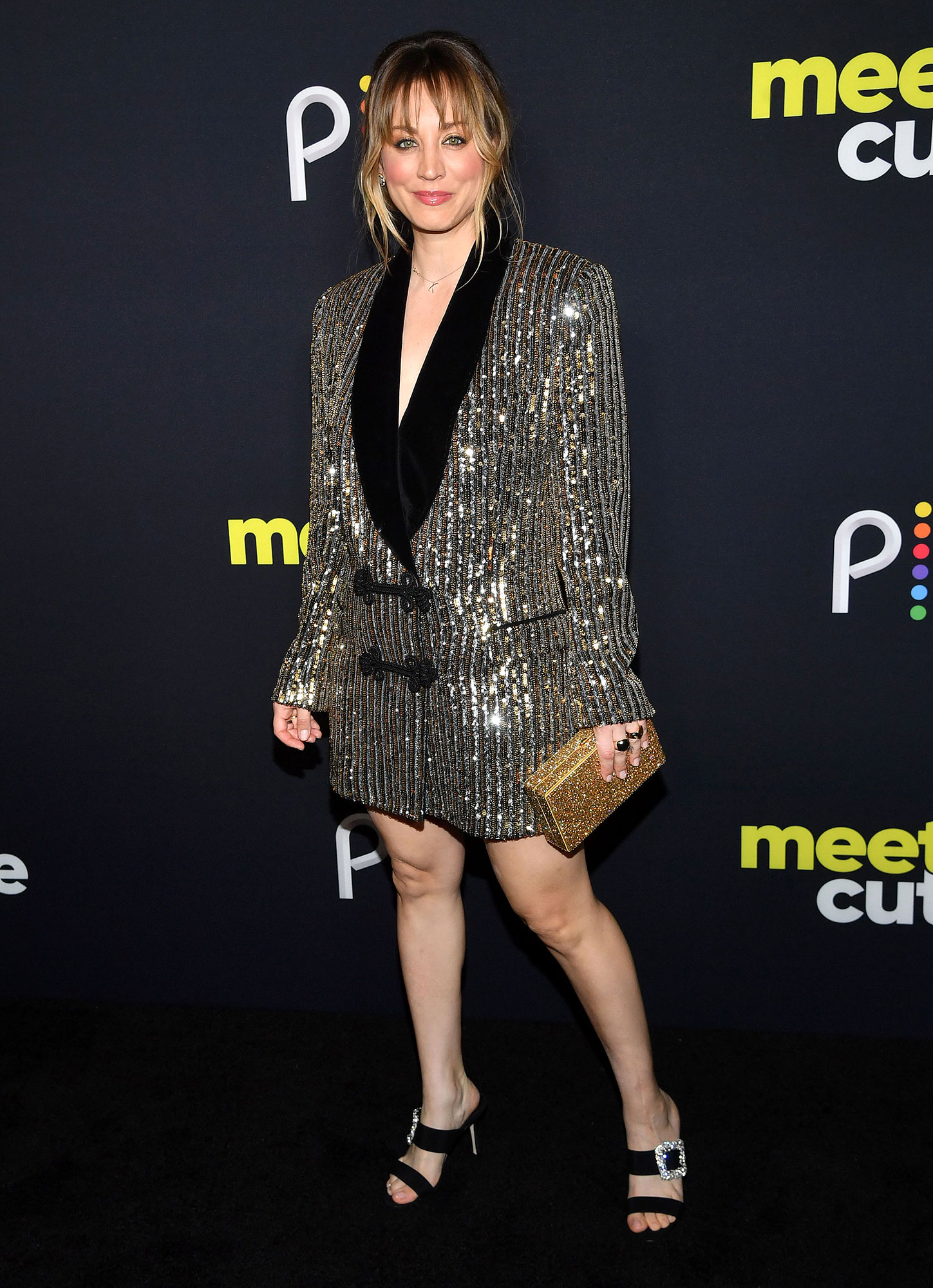 “Kaley and Pete have bonded a lot while filming so much so that they’ve become very good friends,” the insider revealed in September 2021. “They’re very supportive of each other and there’s no doubt they’ve been staying in touch post-filming.”

Celebrities Who Found Best Friends in Their Costars

Cuoco confirmed their bond in April, gushing over the actor in an interview with Glamour. “We really became very good friends, and he truly is one of the nicest people in the world,” the actress said. “Some people would walk by and be like, ‘F–k you, Pete Davidson.’ And then the next person would drive by and be like, ‘Oh, my God, I’m your biggest fan!’ And he’d laugh.”

Kim Kardashian echoed similar sentiments following her split from Davidson earlier this summer. “He’s a cutie,” the reality star, 41, said of the Set It Up actor while chatting with Mel Ottenberg, the editor-in-chief of Interview Magazine, for her American Dream-themed cover story, which was published on September 6.

“He’s literally such a good person, they don’t really make them like him anymore. I’m excited for what he has coming up,” Kardashian added. Us confirmed their breakup in August after the two had been dating for nine months.