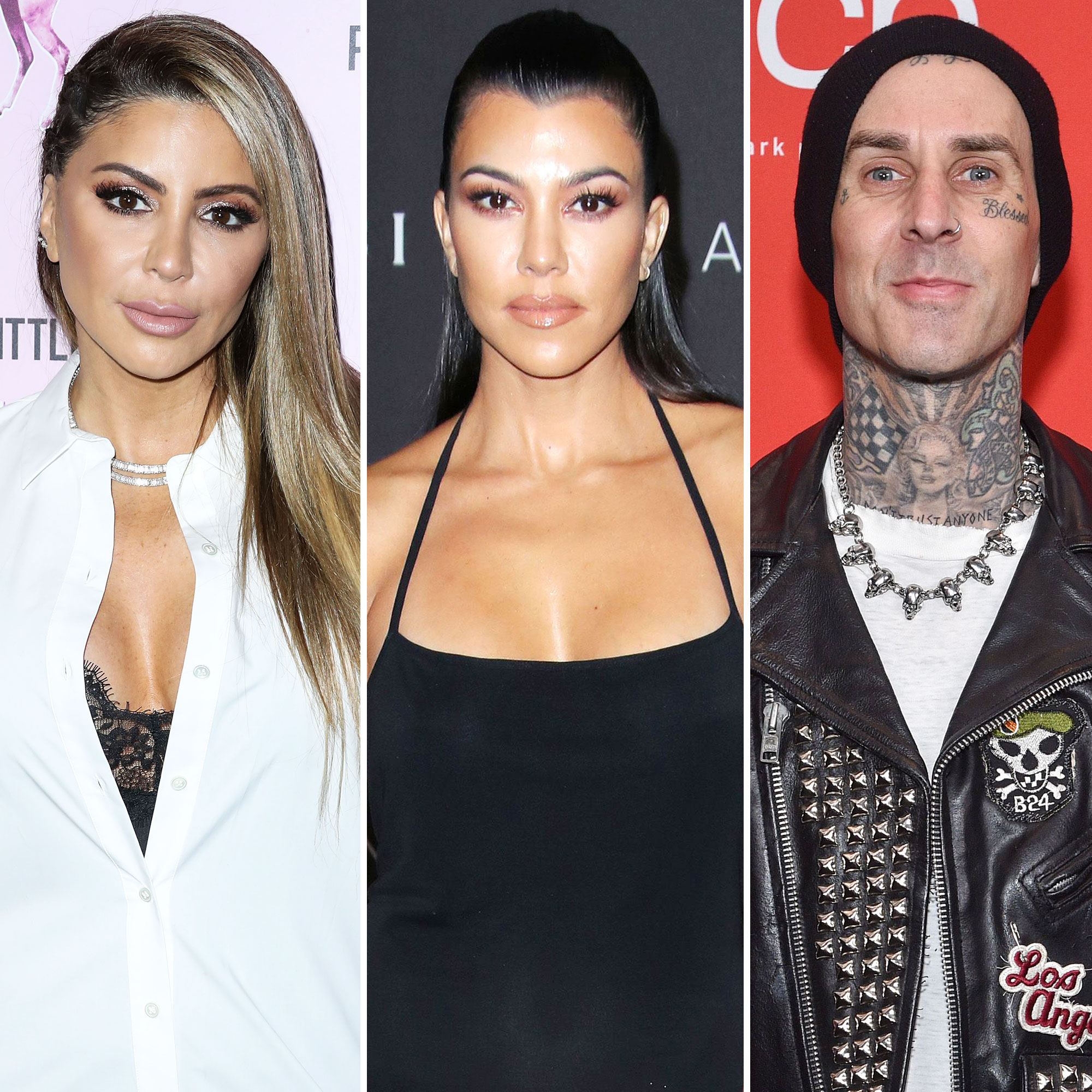 Showing her support. Larsa Pippen is not letting distance in a friendship stop her from celebrating love.

After a fan asked Pippen, 47, during an Instagram Q&A on Monday, October 18, whether she was happy for former friend Kourtney Kardashian following her recent engagement to Travis Barker, the Real Housewives of Miami star replied, “I knew he was the guy.”

Us Weekly confirmed on Sunday, October 17, that Kardashian, 42, said yes when Barker, 45, popped the question on a beach in Santa Barbara, California.

“Both Travis and Kourtney are on cloud nine,” an insider told Us. “The Kardashians, Jenners and Travis’ family are so happy for the two of them.”

Pippen previously spent quality time with the drummer and the Poosh founder during a Christmas-themed episode of Keeping Up With the Kardashians in 2017. The following year, the trio were spotted enjoying a friendly dinner at Crossroads restaurant in November 2018.

In January, Us confirmed that Barker and Kardashian had been seeing each other for several months.

“They have been close friends for years and have been dating for a couple months. Travis is very smitten with Kourtney and has been for a while,” a source exclusively told Us at the time. “They became friends living in the same neighborhood and hang out a lot. Their kids’ friendship had Kourtney and Travis spending a lot of time together.”

Pippen’s show of support comes after her falling out with the Kardashian-Jenner family. After Kim Kardashian, Khloé Kardashian and Kourtney unfollowed the former Bravo personality in April 2020, fans were quick to point out a possible divide.

Later that year, Pippen broke her silence on the speculation when she blamed Kanye West for the issues between her and the famous family.

“If Kanye feels like him and Kim are better without me, then let them be without me. I’m OK with that. … I will survive,” she said on the “Hollywood Raw” podcast in November 2020. “I want everyone to be happy!”

Pippen explained that she wasn’t mad at Kim, 40, for unfollowing her because she felt like West, 44, was the one behind the decision.

Drake! Peppa Pig! Everyone Kanye West Had Beef With Over The Years

“He talks so much about me being this and that and this and that. I just feel like Kanye was in a place where he really didn’t trust anyone with Kim,” Pippen noted at the time.

Following Pippen’s allegations about the rapper, a source revealed to Us that Kim and her family think their former friend was simply “craving attention” and that they remain “unbothered” by what she has to say.

“The family thinks she is embarrassing and seeking attention,” the insider added.

Since the beauty mogul announced her separation from the Yeezy designer in February, another source mentioned that Pippen “feels like — and hopes — her friendship with Kim will be back to normal sooner or later, especially now that Kanye’s out of the picture.”