Higgins returns to give evidence in Lehrmann trial

Brittany Higgins has returned to the ACT Supreme Court to continue giving evidence in the trial of her accused rapist Bruce Lehrmann.

Higgins was scheduled to continue her cross-examination in the witness box by Lehrmann’s barrister, Steven Whybrow, on Monday, before becoming unavailable. 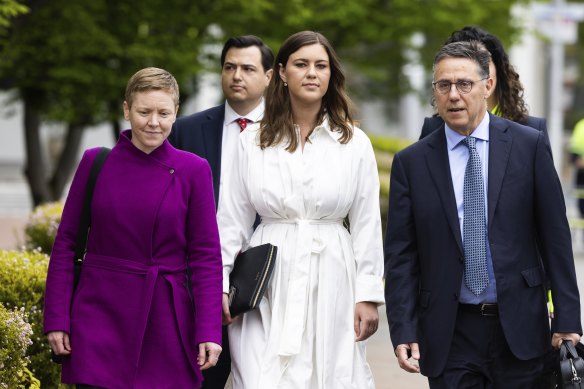 There has been a non-publication order over other evidence in the proceedings in her absence.

Lehrmann is accused of sexually assaulting Higgins in former Coalition minister Linda Reynolds’ office in the early hours of March 23, 2019, after the pair had a night out drinking with colleagues in Canberra.

He has pleaded not guilty to the charge and denies ever having sex with Higgins.