Lena Dunham shared how she learned she'd "never become a biological mother" in a personal essay for Harper's Magazine. Read excerpts from the piece here. 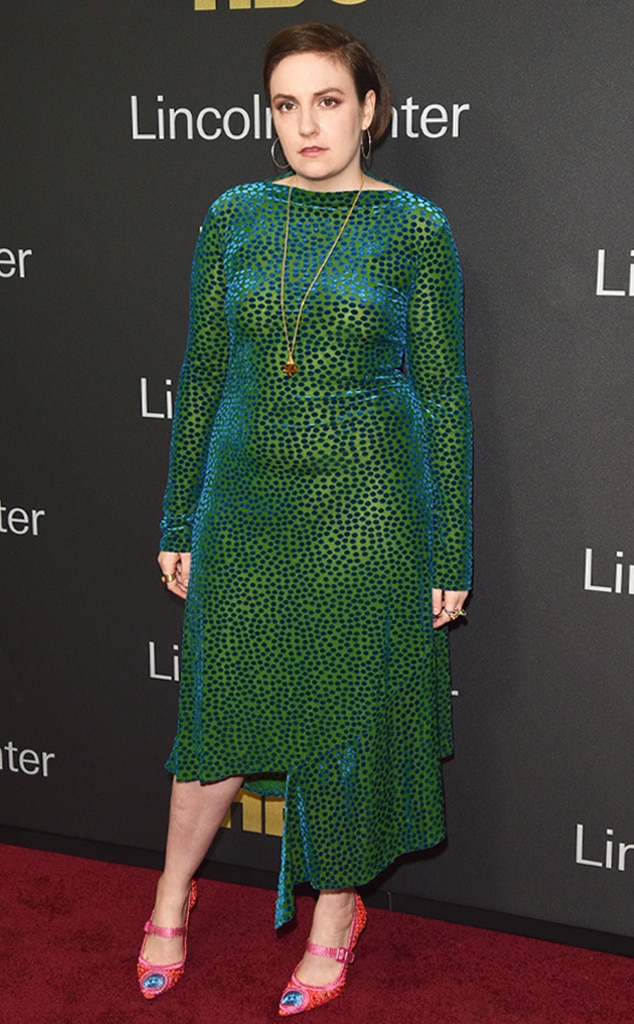 In a personal essay penned for Harper's Magazine, the 34-year-old actress opened about her journey and recounted how she learned she'd "never become a biological mother."

Dunham began retracing her health journey since undergoing a hysterectomy in 2018. "The moment I lost my fertility I started searching for a baby," the Girls star recalled "At age 31, after almost two decades of chronic pain caused by endometriosis and its little-studied ravages, I had my uterus, my cervix, and one of my ovaries removed. Before then, motherhood had seemed likely but not urgent, as inevitable as growing out of jean shorts, but in the days after my surgery I became keenly obsessed with it."

Dunham considered adoption but faced a "few obstacles." She also battled with her addiction to benzodiazepines and entered rehab, which she said put "the brakes on the baby plans."

During this time, the eight-time Emmy nominee started looking for community online. She found it through the hashtag #IVFWarriors, not evening knowing that IVF could be an option for her. Then, a doctor told her she still might have a chance of harvesting eggs and she "flushed with an odd and unearned pride."

"It turned out that after everything I'd been through—the chemical menopause, surgeries by the dozen, the carelessness of drug addiction—my one remaining ovary was still producing eggs," she continued. "If we successfully harvested them, they might be fertilized with donor sperm and carried to term by a surrogate."

Dunham shared her unnamed boyfriend at the time offered up his sperm. So, when they split, she thought she'd "lost the chance to change my life forever." However, she continued on her IVF journey. And while she sought support from a group chat she had started a few years ago, she eventually saw the members "sign off, one by one."

"I was the guest nobody wanted to talk to at the party," she wrote for the magazine. "There was no place for me in polite company. Back, again, to the strangers, who always seem to expect you."

On Memorial Day of this year, amid the global pandemic, Dunham received a call from her doctor, Dr. Coperman, and learned that none of her eggs were viable.

"'We were unable to fertilize any of the eggs,'" Dunham wrote, recalling the doctor's words. "'As you know, we had six. Five did not take. The one that did seems to have chromosomal issues and ultimately… ' He trailed off as I tried to picture it—the dark room, the glowing dish, the sperm meeting my dusty eggs so violently that they combusted. It was hard to understand that they were gone."

While the doctor claimed they could discuss her "remaining options, Dunham "knew that there really weren't any."

Fact-Checking The Crown: How Does It Compare to Reality?

At one point in the essay, Dunham reflected on "how far you can drift from yourself in the process of trying to get what you want."

"What started as wanting to carry the child of the man I loved became wanting to have a child with a man who was willing to help me have one," she continued. "Soon that became hiring a lawyer to draft a contract for a sperm-donor friend and calling a surrogate who came highly recommended by another celebrity. I was forced to admit just how much of it was about finishing what I started. I tried to have a child. Along the way, my body broke. My relationship did, too. In the process—because of it?—I became a functional junkie. I had lost my way, and a half-dozen eggs sitting in Midtown promised to lead me home."

Ultimately, she accepted "you can't force the universe to give you a baby that your body has told you all along was an impossibility."

"The irony is that knowing I cannot have a child—my ability to accept that and move on—may be the only reason I deserve to be anyone's parent at all," she concluded. "I think I finally have something to teach somebody."

In the end, Dunham is looking forward to the future.

"I decided I am not going to let myself mourn a set of children that weren't ever mine to begin with," she told People. "Whether it's adoption or foster-to-adopt, I love the idea of becoming a mother in the way that's right for me, and I'm committed to it. And a lot of the work I do on myself now, in therapy and sobriety, is making sure I deal with my past trauma. And I push myself toward the best version of adulthood I know, so I know that I'm going into motherhood with the greatest set of tools that I can possibly have — so that Lena 3.0 is the best version I can be, the motherhood version."