Request denied! Lily Collins loved the fashion on the second season of Emily in Paris so much, she asked to add a few pieces to her own wardrobe. Unfortunately, sneaking things off of set wasn’t an option.

“I didn’t keep anything this season,” she told Vogue Australia in a Tuesday, November 23, interview. “Believe me, I’ve asked.”

While there were tons of sparkles and tiny Prada purses that are “quite funny and sweet,” there were also a handful of “epic dresses” in the final few episodes that she had her eye one. 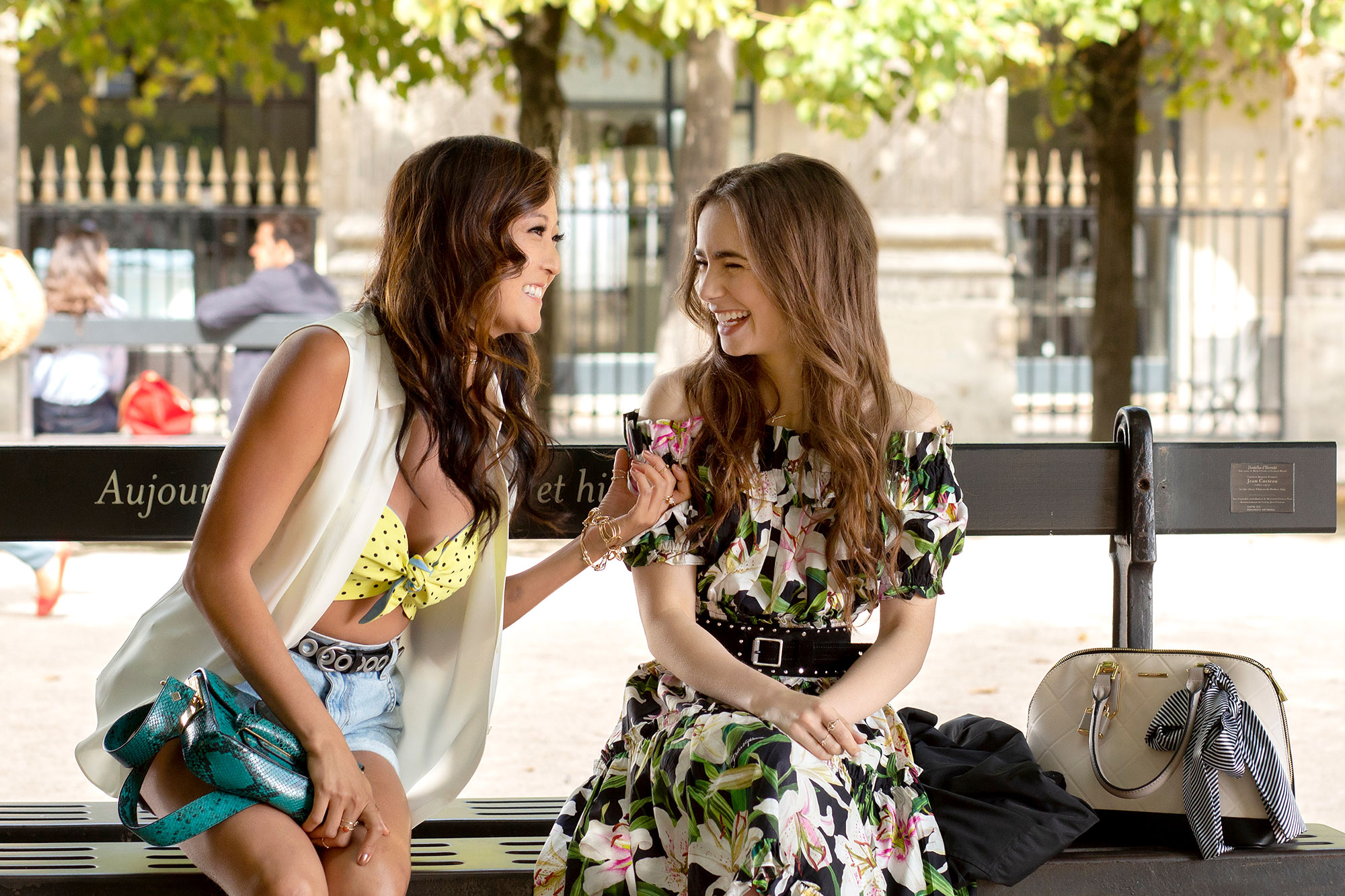 Plus, getting all dolled up after spending a year in sweatpants was a nice change of pace. “The brightness and boldness and fun and ease of humor Emily has in her wardrobe enhances her personality, especially coming out of Covid where comfort was everything,” she told the outlet. “Not everything felt super comfortable after Covid, but it was really nice to have fun with fashion again the mot heightened way possible.”

Vintage pieces were also placed in high regard for the second season, something that Collins told Elle earlier this month.

“One of the bonuses in the way we’ve filmed season two is the way we’ve incubated vintage in there,” she said. “We’ve reused some key items in really interesting ways o that you are reminded that she’s a young woman that loves certain pieces of clothing and can’t just go out and spend money all the time.”

Still, she wears her fair share of designer pieces from the likes of Alice + Olivia, Veronica Beard and Mac Jacobs. “Emily makes money, but I also think we got to play around with clothes in a way that you just have to believe it’s fashion and a show and it’s fun,” she added.

The fabulous looks from the show are pulled together by costume designer Patricia Fields, who also worked on the original Sex and the City. Her mission through it all? Create “a simple expression of joy through fashion.”

In an October letter penned for InStyle, Fields detailed that she really wanted to lean into the fact that Collins was playing a Midwestern girl in Paris.

‘Emily in Paris’ Cast: Who Are They Dating in Real Life?

“Emily is an optimist and she would be very excited to be an American in Paris,” Fields wrote. “So to me, it just made sense that she would put on a blouse that had the Eiffel Tower on it or carry a Mona Lisa bag or throw on a beret.”

She continued: “Her style was intentionally clichéd, but it was also cheerful and whimsical and allowed her to fully express her enthusiasm for being there.”

Season two of Emily in Paris will be released on Netflix on December 22.