Liza Koshy is giving the Globes something to talk about.

The YouTuber and actress walked the Golden Globes 2023 red carpet in a head-turning black lace dress by Morphew Atelier with a racy surprise in the back — a peakaboo thong poking out.

The strappy, sheer lace dress featured Victorian-inspired beadwork and a built-in lingerie design, showing off her legs through the fabric and a plunging neckline.

Koshy, 26, accessorized with a black beaded collar choker layered with other bead necklaces and wore her bangs swept to the side, adding black drop earrings and two pairs of studs.

With everyone from Miley Cyrus to Dua Lipa rocking the cheeky trend, it’s no wonder Koshy — who starred in the popular YouTube comedy series “Liza on Demand” — went for a booty-baring look on Tuesday’s red carpet. 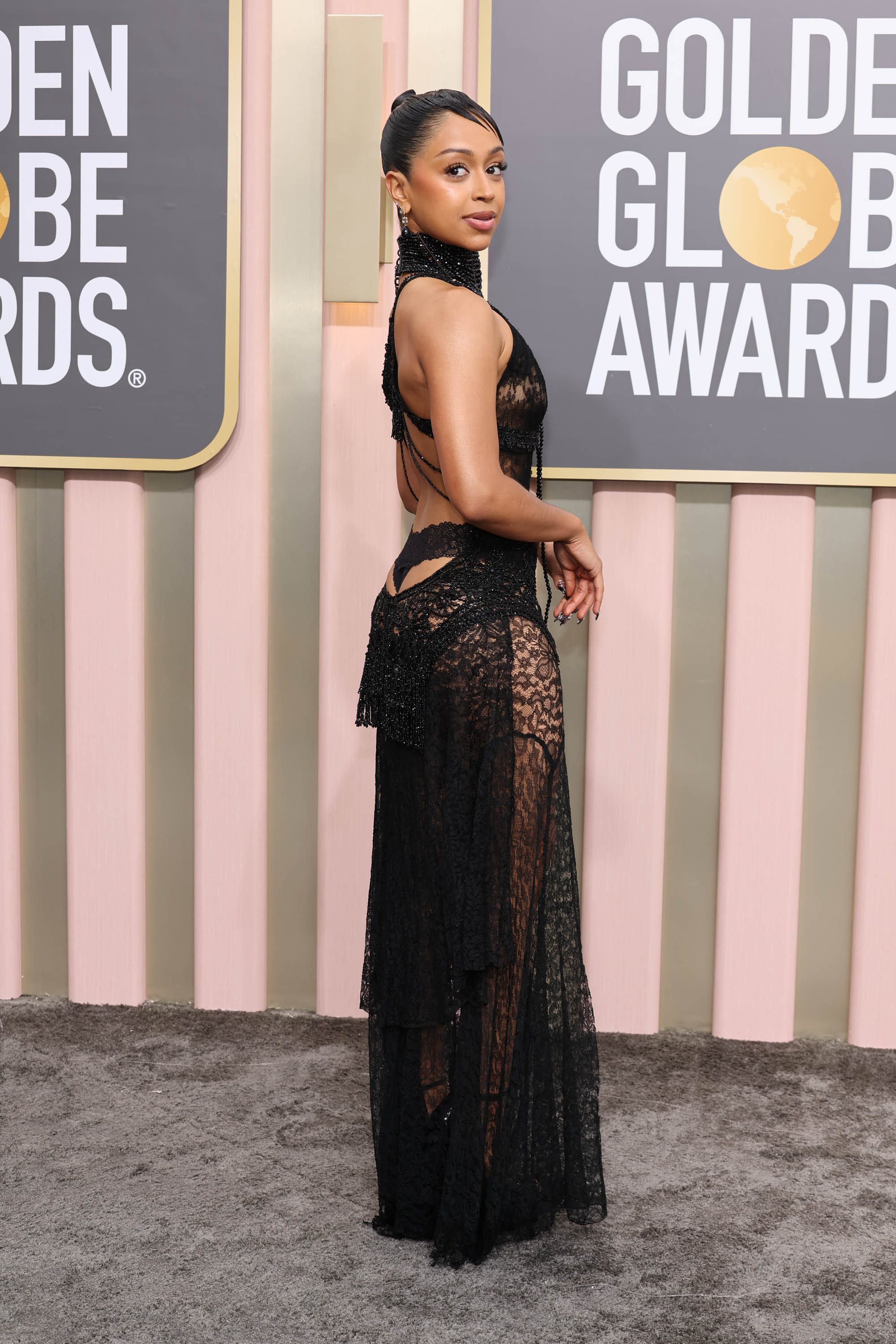 The media personality told The Hollywood Reporter that she’d worked the Golden Globes red carpet in 2018 doing interviews, but was “stoked” now that she was attending the awards show as a guest. 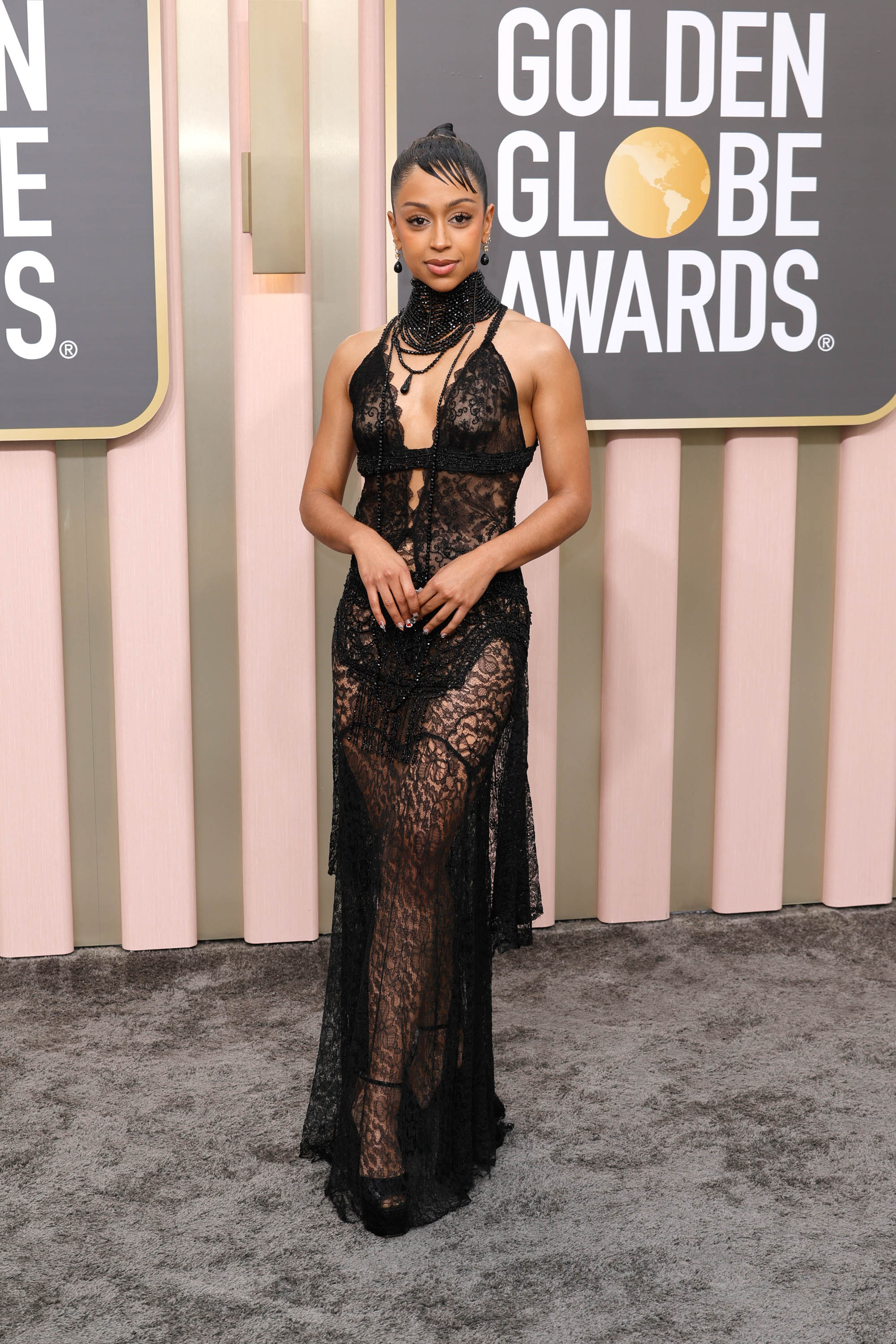 Koshy, who said the 2018 Globes were her “first carpet ever” was thrilled that she was allowed “to go inside this time.”

“I’m excited to see it all,” she added, saying that she’d love to run into Jamie Lee Curtis, whom she “accidentally coordinated” with in lacy black looks.

Next up for the actress is a role in “Transformers: Rise of the Beasts,” and if her red carpet look tonight is any indication, we have some more standout outfits to come from Koshy. 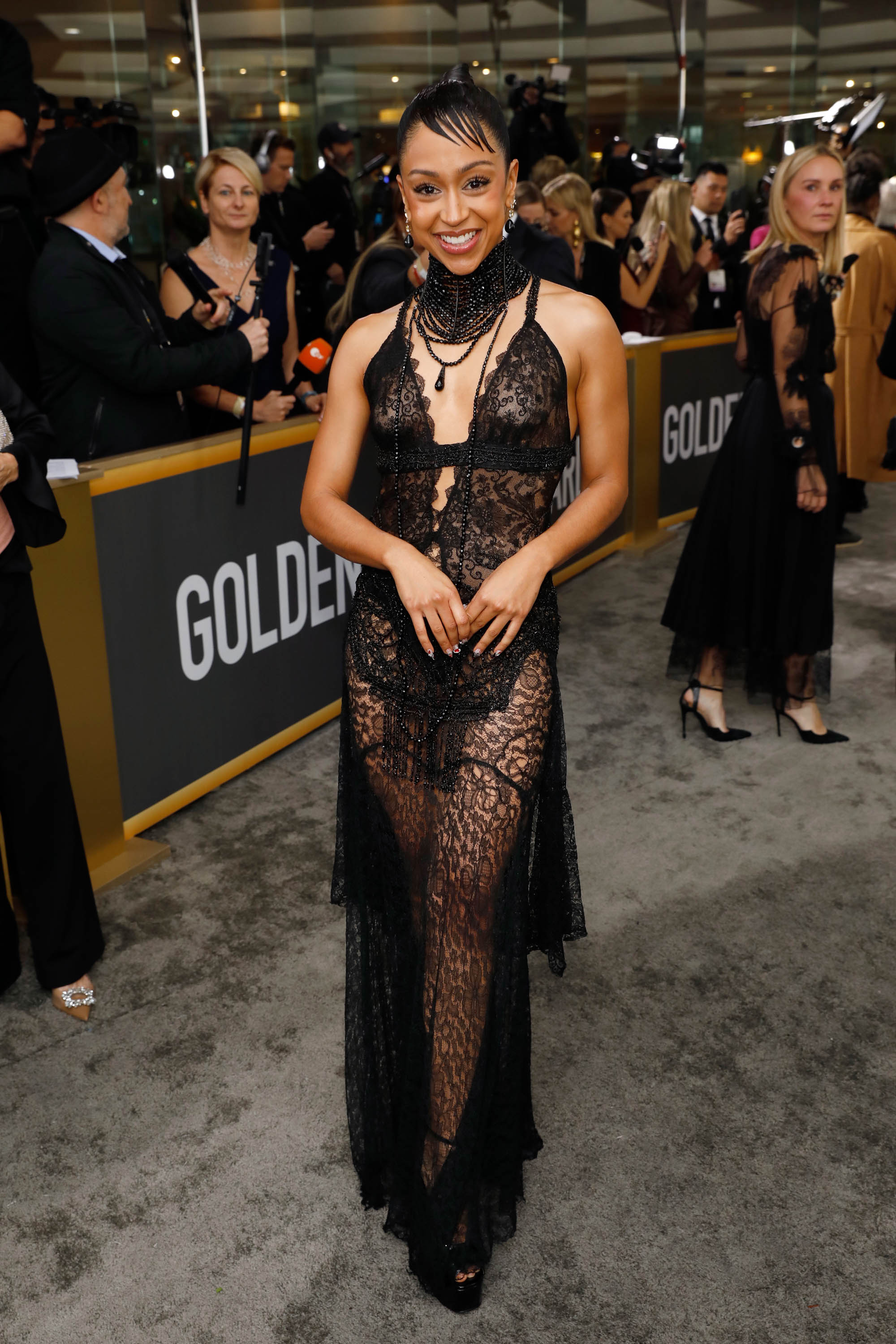