Lizzo Teases Possible Harry Styles Collaboration: 'It Would Be a Love Duet'

Time to start manifesting. Lizzo and Harry Styles have worked together before on a duet of her hit song “Juice,” but now the rapper says an original collaboration is a possibility.

During a recent interview with U.K. radio station Capital FM, the Grammy winner, 33, responded to a question about what a song with the Dunkirk star, 27, would sound like.

“Honestly, that’s so funny you say that,” the “Truth Hurts” songstress replied. “I feel like it would be a love duet. You know, we both have so much love for each other and we love to sing about love. But we’re also very happy-go-lucky if you think about ‘Juice’ and ‘Watermelon Sugar,’ you know what I mean? We could do that too.” 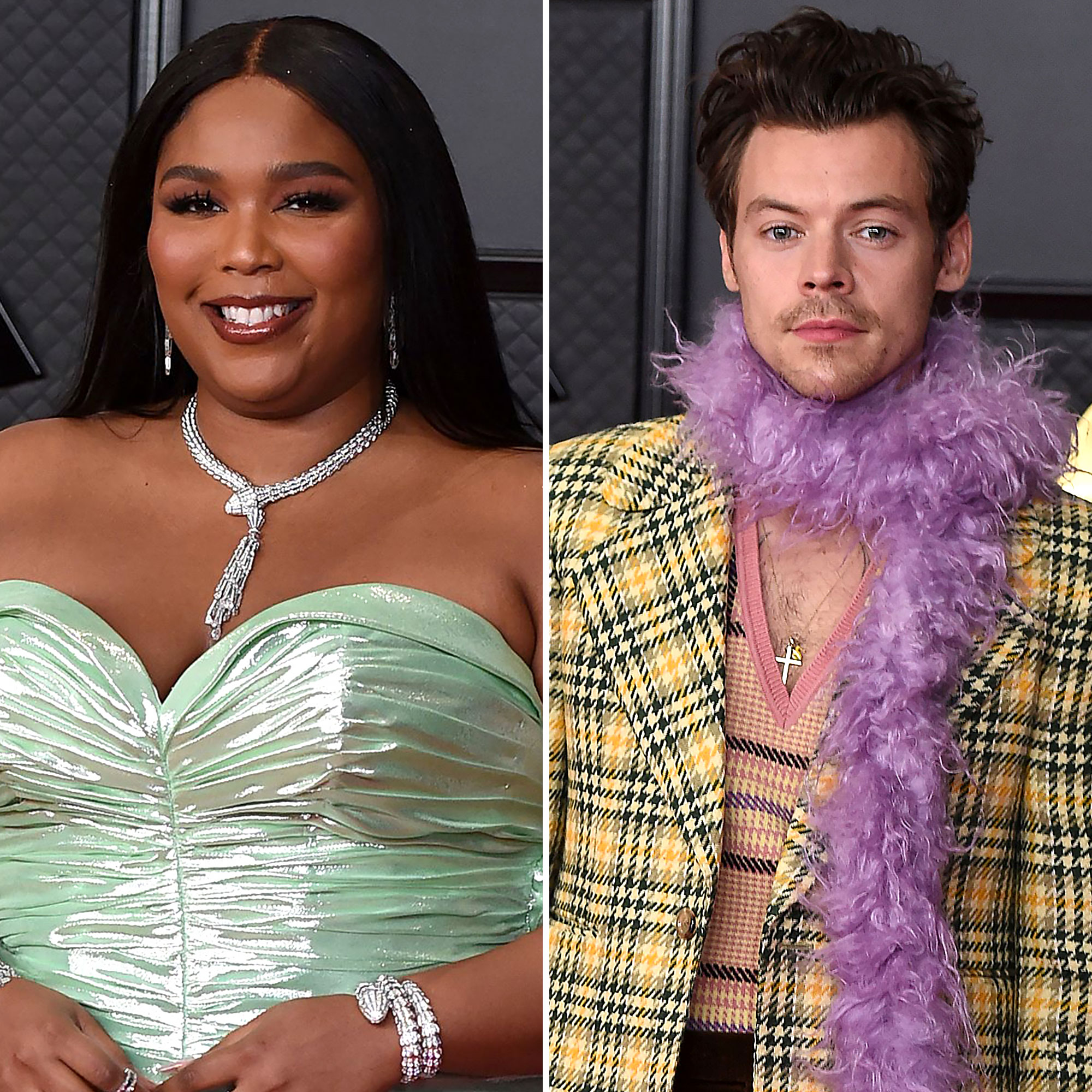 The Michigan-born singer joked that they might even decide to work on a throwback cover instead of something new, as their friendship leaves so much room for flexibility. “That’s what I love about that — it’s like anything could come out of it,” she said. “We can make the ‘Thong Song!’”

1D! ‘NSync! Look Back at the 22 Biggest Boy Bands of All Time

The pair previously collaborated in January 2020 when Styles surprised fans at a Lizzo concert in Miami, joining her for a performance of “Juice.” One month earlier, he sent fans into overdrive with a solo cover of the song during an appearance on BBC Radio 1.

In February 2020, Lizzo returned the favor during her own BBC Radio 1 concert, covering the former One Direction member’s hit “Adore You.” That same month, the twosome hung out at the BRIT Awards, where the rapper jokingly chugged her friend’s glass of tequila.

Earlier this year, they reunited at the Grammys and posed for a backstage photo that showed the BFFs wrapped up in Styles’ feather boa. “HARRY WON A GRAMMY !!!!” Lizzo captioned the post, referring to the U.K. native’s first-ever Grammy win. The “Sign of the Times” crooner took home the trophy for Best Pop Solo Performance for “Watermelon Sugar.”

After the Hustlers star teased the idea of another Styles collaboration, the musicians’ fans went absolutely wild imagining the possibilities. “If juice and watermelon sugar have a baby,” wrote one follower. “Please.”

Another theorized that the duo have already hit the studio because of the way Lizzo said “funny you say that.” One fan, referring to the portmanteau name for the pair’s friendship, summed it up thusly: “PLS I NEED HIZZO.”