Major retailers call for wage increase in line with inflation

The industry body representing Coles, Woolworths and department store Myer is calling for wages to be increased in line with inflation in a significant departure from other major employer lobbies.

The Australian Retailers Association’s submission to the Fair Work Commission’s annual wage review calls for the minimum wage to lift in line with the Reserve Bank’s rate of underlying inflation at the time the annual wage review is handed down in June. 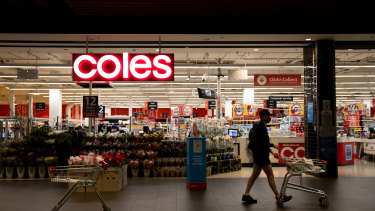 The Australian Retailers Association, which represents Coles and other major brands, has called for an increase in minimum wage in line with inflation.Credit:Janie Barrett

The bank’s forecast underlying inflation rate for the current financial year is 3.25 per cent, meaning the Australian Retailers Association’s submission is likely to put employees battling high living costs on a better footing than the increase proposed by other influential employer groups, which range from a wage freeze to a 2.5 per cent rise.

“The Australian Retailers Association supports an increase in the minimum wage to help keep pace with the rising cost of living,” the submission reads.

“With higher costs driving higher prices, there is an acknowledgement that wages should also increase.”

However, the organisation, whose members range from major chains to small-to-medium sized businesses, cautioned against going further, saying there was a need to balance any wage increase against the ability of operators to absorb additional costs. 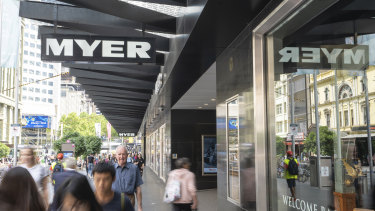 The Australian Retailers Association includes Myer among its membership.Credit:Eamon Gallagher

“Consideration should also be given to the impact that any increase in wages could have on prices at a time when external factors are already creating price-driven inflation,” the submission reads.

The national minimum wage, reviewed annually by the Fair Work Commission, applies to employees not covered by an award or registered agreement. Any increase also flows to about 2 million employees on higher industry awards linked to it.

Gerard Dwyer, national secretary for retail workers’ union SDA, said the ARA’s submission “effectively acknowledges that lower-paid workers are struggling in the face of the skyrocketing cost of living”.

“Many market economists are now predicting inflation will have reached 5 per cent by mid-year, with the Reserve Bank hinting at an interest rate rise as early as June,” he said, noting those factors backed the Australian Council of Trade Unions’ push for a 5 per cent wage rise as reasonable.

The SDA previously slammed the proposal by the Master Grocers Association – which represents supermarkets IGA and Foodworks and retailer Mitre10 – as “unconscionable” after that lobby urged the Fair Work Commission to freeze wages in light of post-COVID economic instability.

Employer peak body the Australian Chamber of Commerce and Industry has called for a 2.5 per cent increase in the minimum wage, saying in its submission the “unevenness, inconsistency and fragility” of Australia’s economic recovery from the pandemic remained problematic.

The Australian Industry Group is calling for a “modest” 2 per cent increase in the minimum wage, in a move that would deliver a cut in real incomes for millions of workers already facing cost-of-living pressures.

The federal government refrained in its submission from nominating a number, however, the NSW government has urged the Fair Work Commission to be “cautious” in calculating the wage increase, while the Victorian government has called for an increase of 3.5 per cent.

A panel established by the Fair Work Commission will decide the minimum wage in June and the rise usually comes into effect on July 1.