Majority Of Surfside Condo Board Resigned In 2019 Amid Discussions Over Repairs: Report

Five out of seven members of the board of the Surfside, Florida condominium building that collapsed last week reportedly resigned in 2019 amid infighting over the significant cost of repairs identified in an engineer’s report.

On Wednesday, The Washington Post reported that it had obtained the resignation letter of Anette Goldstein, who was president of the condo’s board until she resigned in September 2019. At the time, the condo owners were concerned about the ballooning costs of repairs, which rose from about $9 million to $15 million over the course of three years.

Four other board members resigned during the following two weeks, according to minutes from a meeting in early October. It’s unclear why they quit.

“We work for months to go in one direction and at the very last minute objections are raised that should have been discussed and resolved right in the beginning,” Goldstein wrote in her resignation letter, which was obtained by the Post. “This pattern has repeated itself over and over, ego battles, undermining the roles of fellow board members, circulation of gossip and mistruths.”

The newspaper spoke to another former board member, Max Friedman, who said it took “a lot of time to get the ball rolling” on the repairs, but added: “Nobody truly believed the building was in imminent danger.” 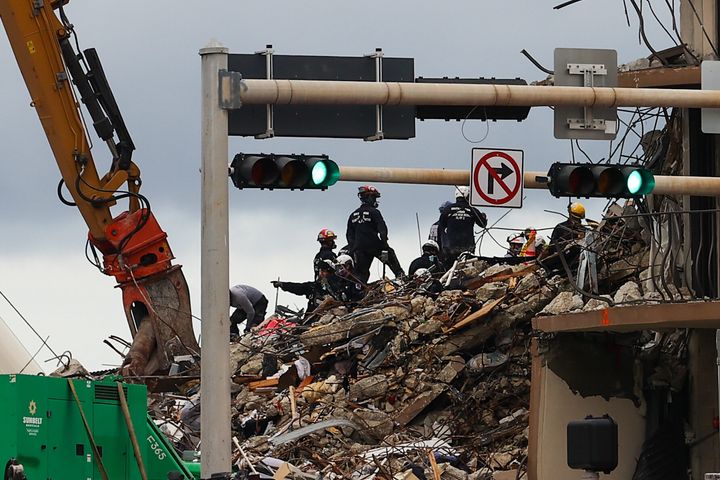 The discovery comes amid an ongoing investigation into the devastating collapse of part of the Champlain Towers South building last week. At least 18 people died in the destruction and another 145 remain missing. The search for survivors will continue for the “indefinite future,” the mayor of Surfside told The New York Times on Wednesday.

Investigations into the cause of the collapse will likely take months.

An October 2018 report by engineer Frank Morabito warned of “major structural damage” in the building. He said waterproofing below a pool deck and entrance driveway had failed. During his inspection, Morabito also found “abundant cracking” in concrete columns, beams and walls and said repair work would be necessary to “maintain the structural integrity of the building.”

The same engineering firm was hired 18 months later, in June 2020, to begin the process of detailing what work needed to be done. The condo board voted to pay for the $15 million in upgrades in April 2021, but at the time of the collapse, the major repairs had not started.

“At the time of the building collapse, roof repairs were underway, but concrete restoration had not yet begun,” the firm said in a statement last month, per The Associated Press.