Mansion owned by motorcycle racer Barry Sheene is for sale for £2.25m

A triumph of a property! Grade II listed Surrey mansion once owned by motorcycle racing legend Barry Sheene is up for grabs for £2.25m

Its former owner was motorcycle racing legend Barry Sheene, making this home a triumph for both property and bike fans.

The property is in the heart of Charlwood village, in affluent Surrey, and sits in stunning grounds stretching across 3.5 acres.

It is called The Manor House and is a Grade II listed property that dates back to around 1460. It is currently on the market for £2.25million. 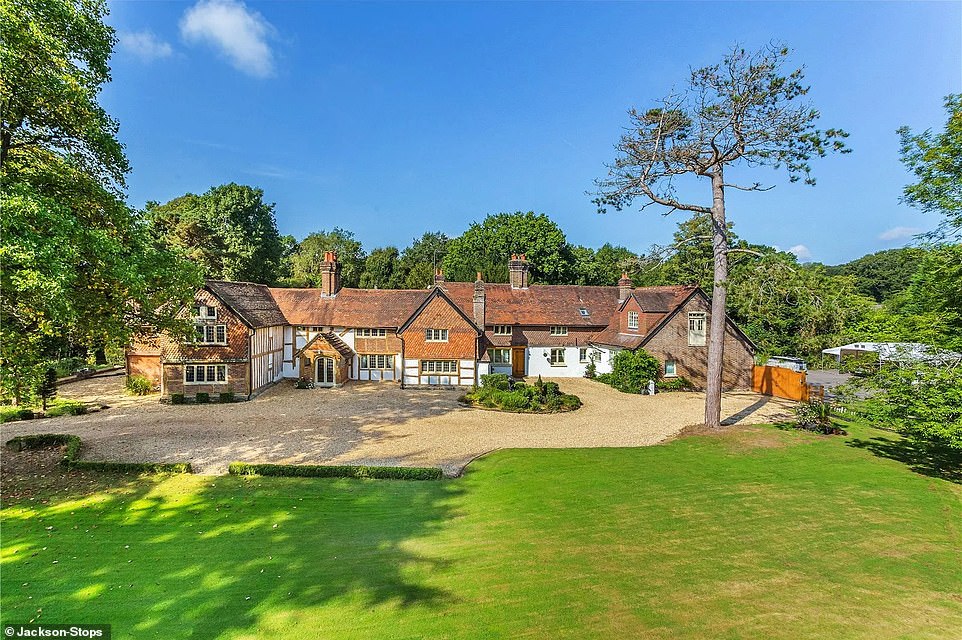 The 10-bedroom property in Charlwood village, Surrey, was once owned by motorcycle racing champion Barry Sheene 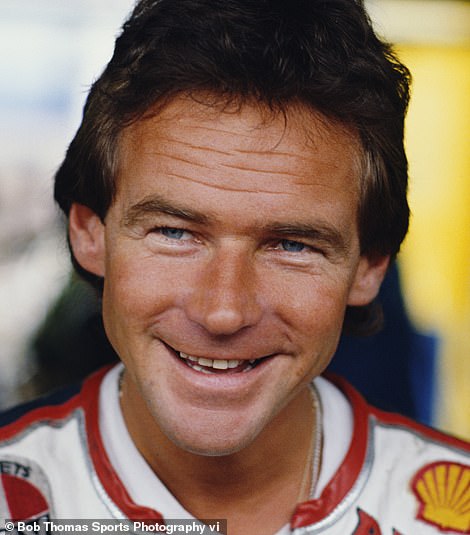 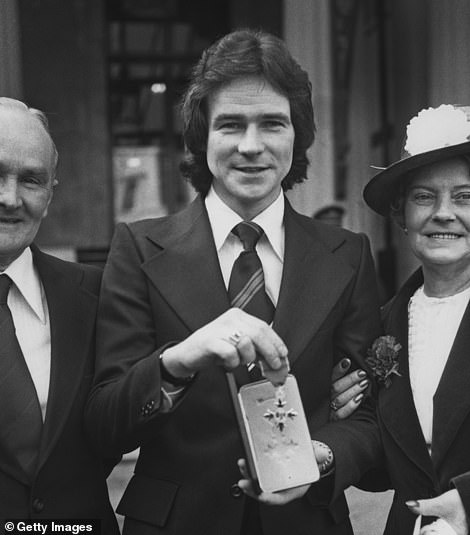 Barry Sheene bought the stunning property called The Manor House in 1977 and was awarded an OBE in 1978, (pictured with parents Frank and Iris) – and he died in 2003

The property has been renovated by the current owners and is approached via a gated tree-lined driveway.

As well as Barry Sheene, past owners of the property include the actress Dame Gladys Cooper, whose career spanned seven decades across stage, films and television, with her most notable performance as Mrs Higgins in My Fair Lady.

A large kitchen is at the heart of the main house, while there is also a second kitchen in the annexe.

There are period features throughout, including exposed beams, an inglenook fireplace and vaulted ceilings.

There are a total of 10 bedrooms in the property, which extends across a total of 6,706 sq ft.

The house is arranged across two floors that can be accessed via four separate staircases.

The renovations include technology such as cat 5 wiring, Nest central heating and a rako intelligent lighting system. 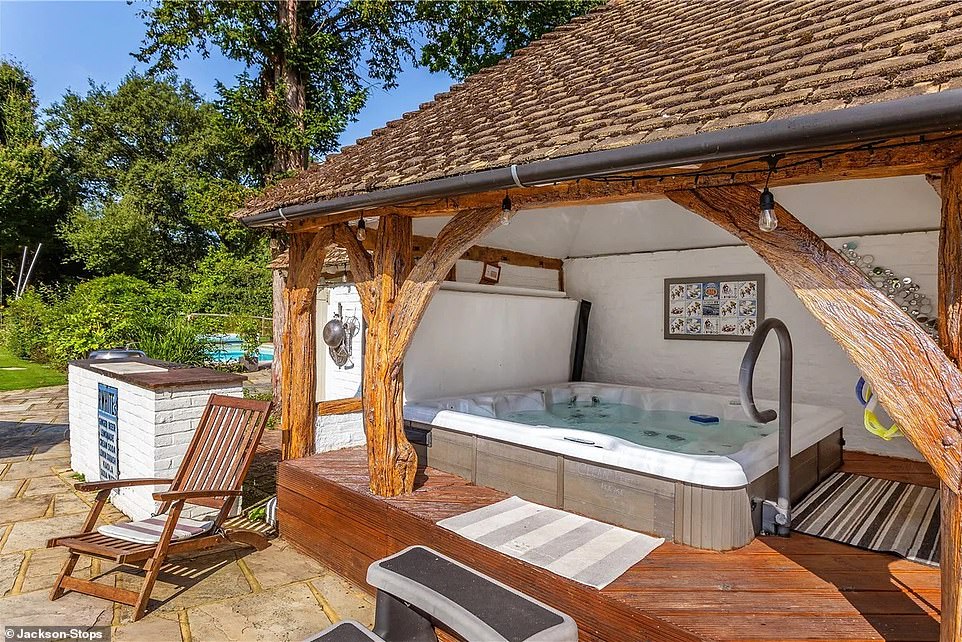 The property has been renovated, with this outdoors area including a hot tub, a patio and an outdoor kitchen area 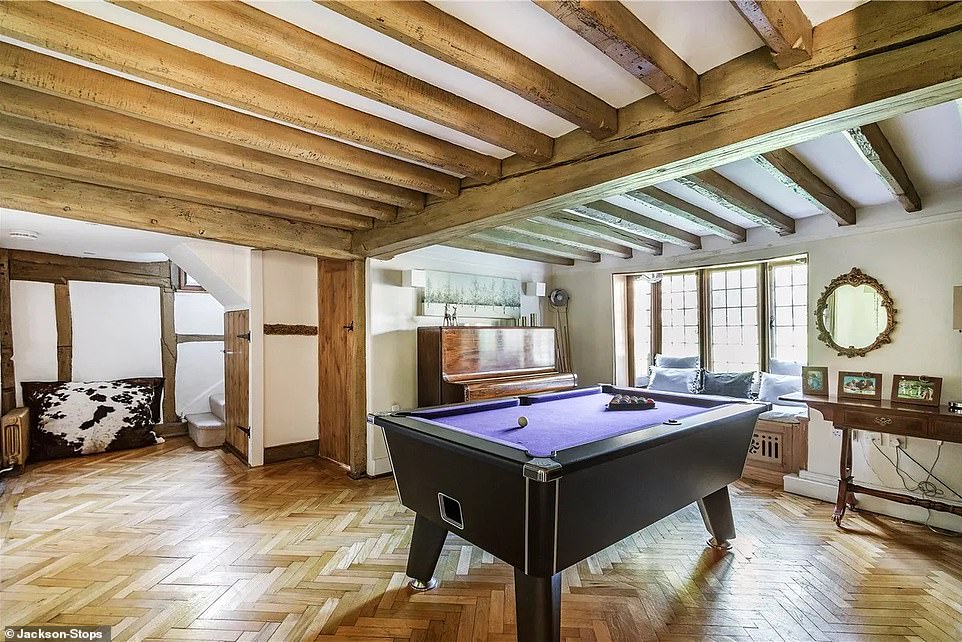 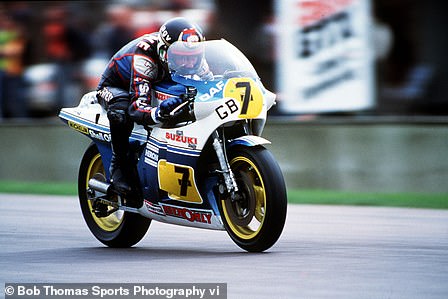 Barry Sheene was a British motorcycle racer who competed in Grand Prix motorcycle racing. Born in London in 1950 he died aged just 52 in 2003.

After a racing career that stretched from 1968 to 1984, he retired from competition and relocated to Australia, working as a motorsport commentator and property developer.

He was a colourful, exuberant character who used his good looks, grin and London accent to good effect in self-promotion, and combined with an interest in business was one of the first riders to make a lot of money from endorsements.

He is credited with boosting the appeal of motorcycle racing into the realm of the mass market. 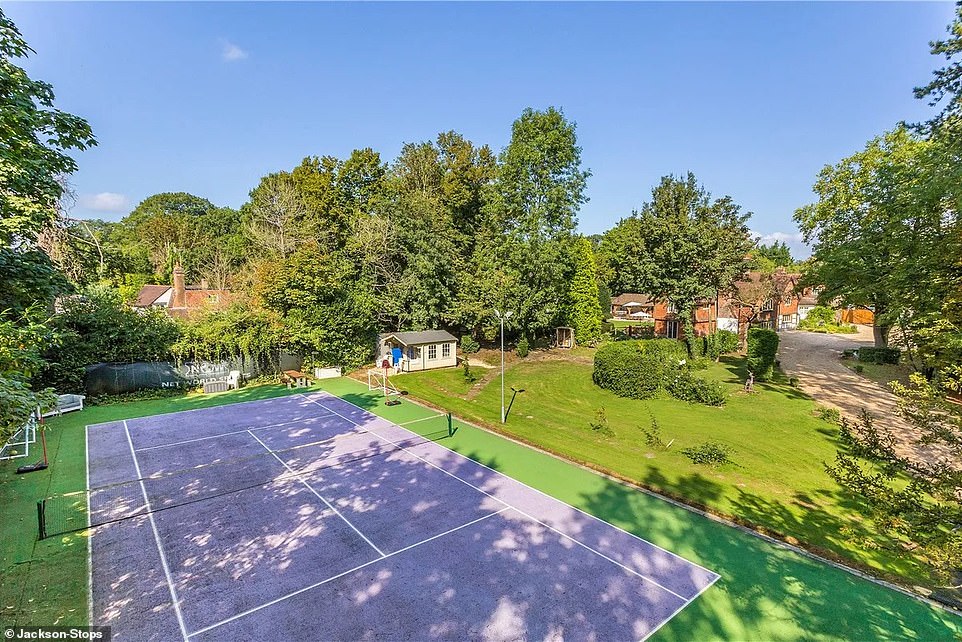 The extensive grounds include a tennis court, across which also runs sufficient space for a small football pitch

Pip Ballard, of Jackson-Stops – which is the estate agent handling the sale – said: ‘We are delighted to have the opportunity to market this stunning period property, located in the heart of the popular and charming village of Charlwood.

‘Charlwood is a delightful village surrounded by miles of open countryside and offering super local amenities.’ 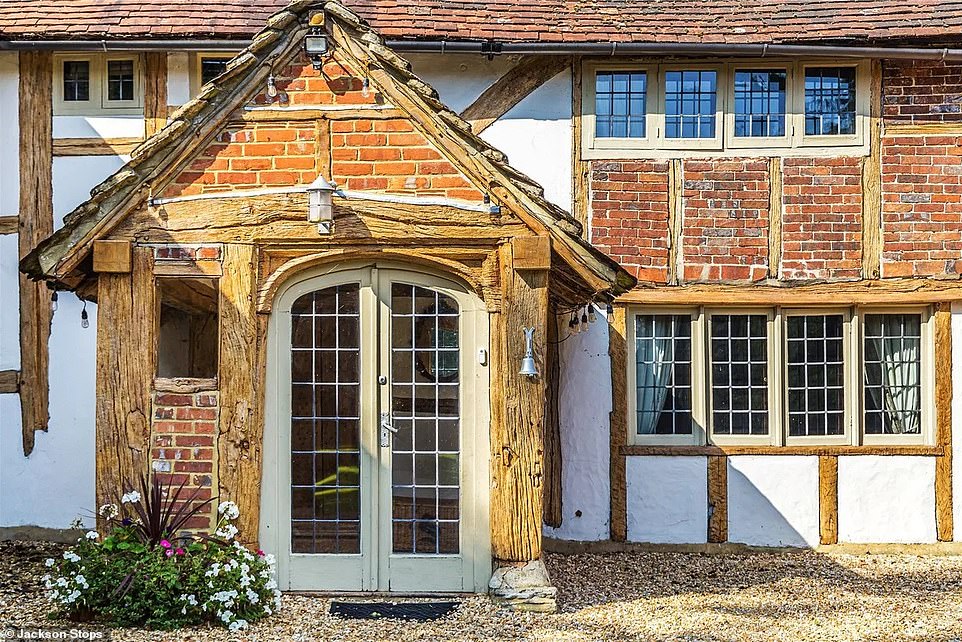 The Grade II listed property dates back to around 1460 and is currently on the market via estate agents Jackson-Stops for £2.25million 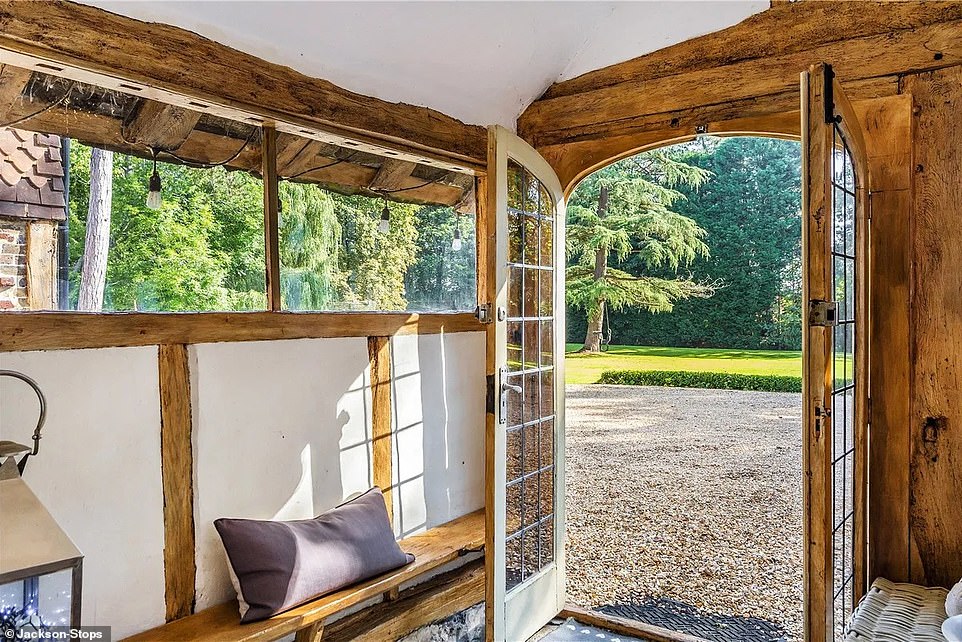 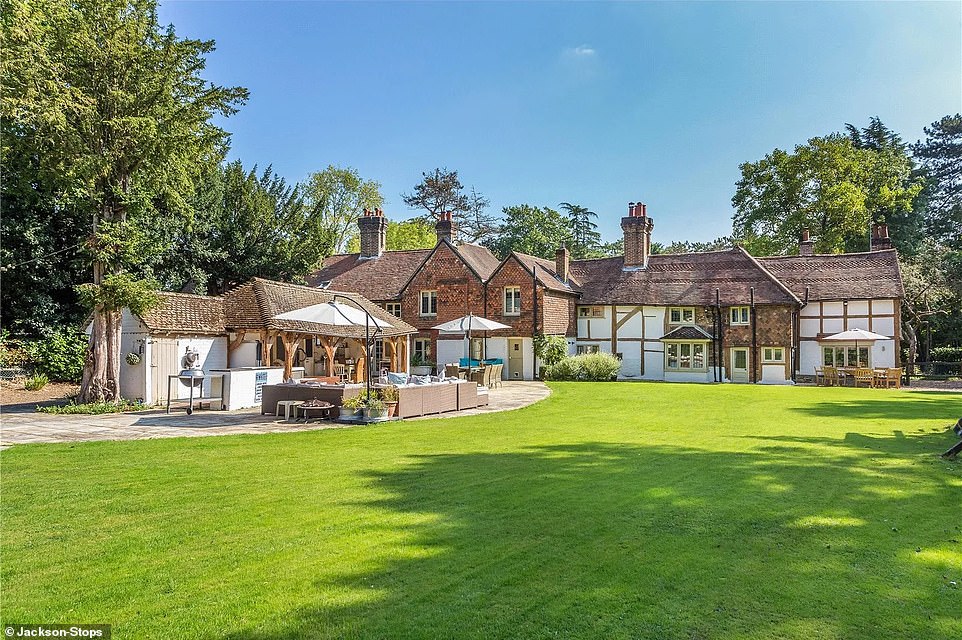 As well as Barry Sheen, past owners of the luxury home include the actress Dame Gladys Cooper, whose career spanned seven decades on stage, in films and television 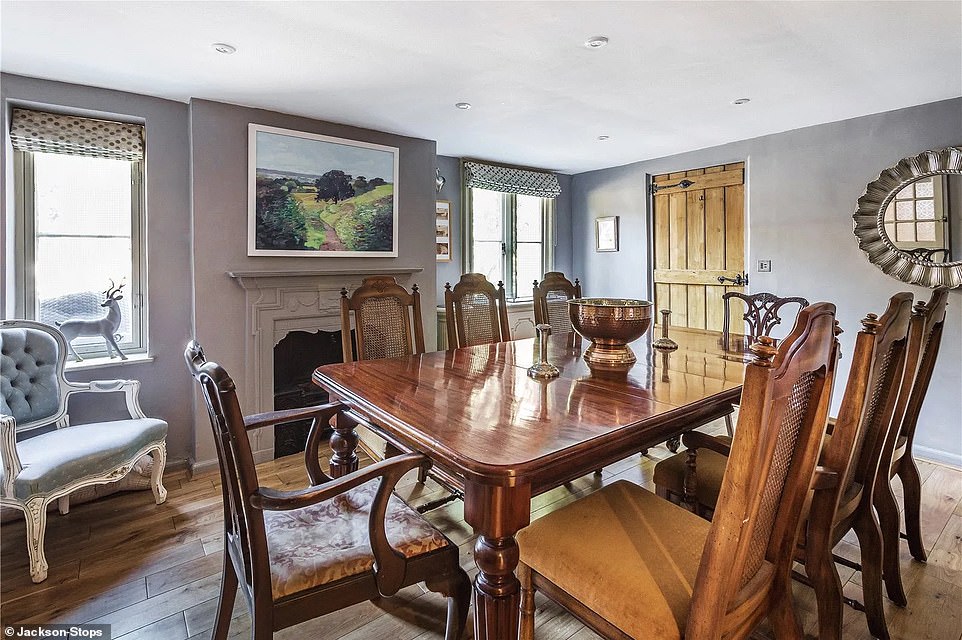 The property has good access to transport links as it is just shy of three miles from Horley and Gatwick Airport stations.

The average price of a property in Charlwood is £560,015, according to property website Zoopla. It compares to £325,037 for the country as a whole. 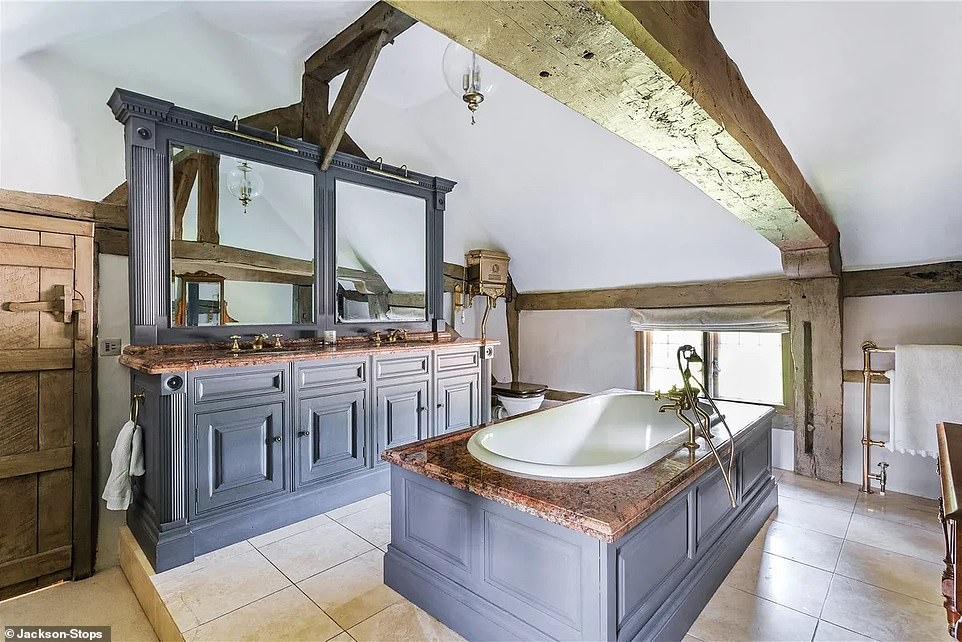 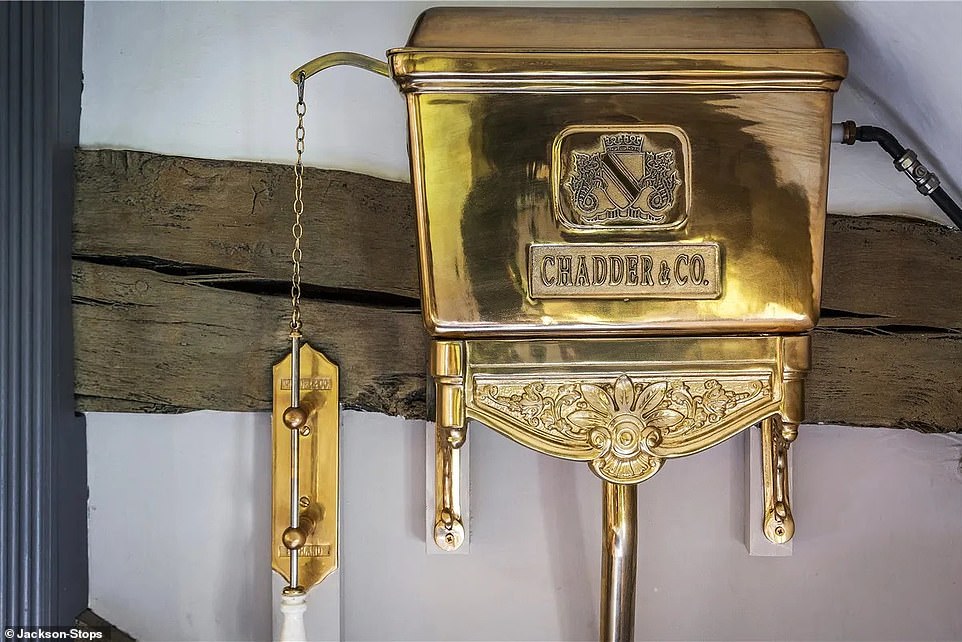 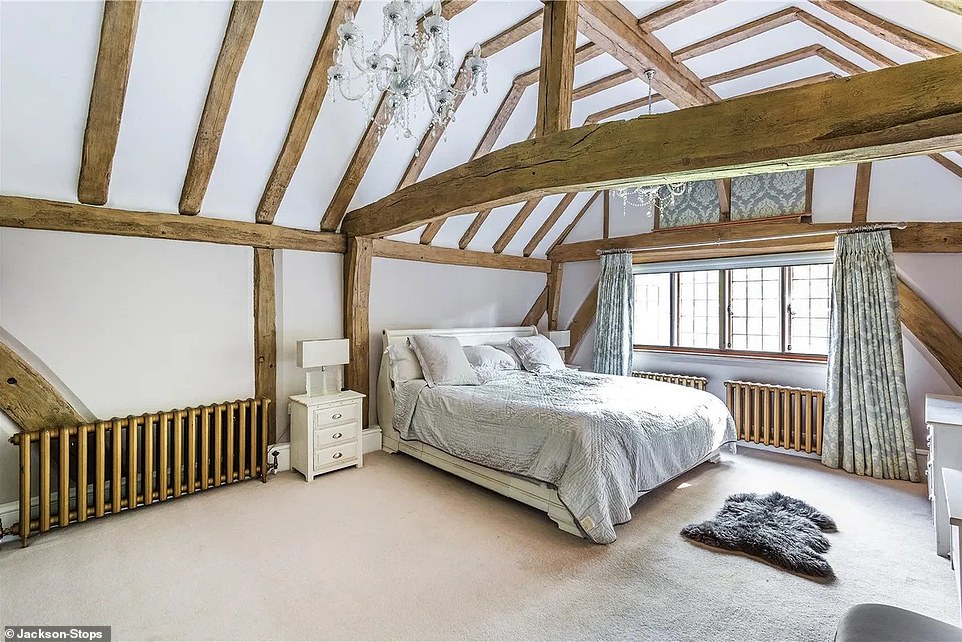 The property has 10 bedrooms, including this large bedroom with wooden beams, decorative windows and a vaulted ceiling 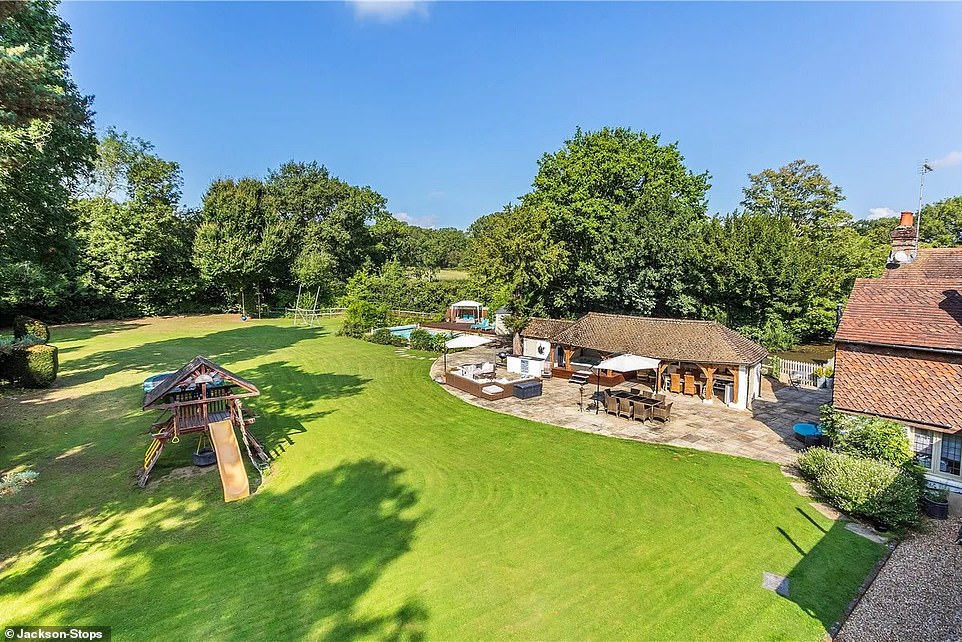 Mr Ballard added: ‘The property is steeped in history, with the oldest parts of the property dating back to Medieval times with later additions in the Tudor and Victorian periods.

‘It also enjoys a colourful and glamorous past, boasting Dame Gladys Cooper and motorcycle racer, Barry Sheene as previous residents. Set in grounds extending to some 3.47 acres, it is a truly impressive and beautifully maintained family home.’