MARTIN Lewis is urging eligible households to apply for £5,000 Green Homes Grant vouchers amid rumours the scheme could be pulled.

The Green Homes Grant initiative gives families money to spend on energy-saving measures around their home, such as insulation or a better boiler. 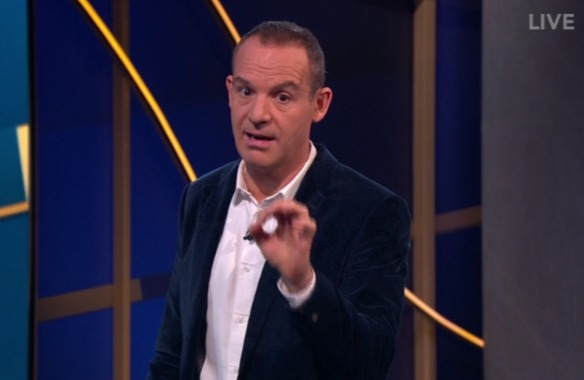 The government says households could save more than £200 annually on energy bills thanks to the scheme.

But speaking during his Martin Lewis Money Show on ITV last night, Martin said rumours are spreading that the project could close in March.

The government has yet to officially make an announcement on whether these reports are true.

The Green Homes Grant scheme has already been plagued with controversy, with funding to be slashed by around £1.5billion from April.

What is the Green Homes Grant?

THE Green Homes Grant sees the government cover at least two-thirds of the cost of certain green upgrades, up to a maximum £5,000.

Households on low incomes can receive vouchers covering 100% of the cost of the improvements, up to a maximum of £10,000.

What work is covered?

The work that can be covered through the Green Homes Grant is split into "primary" and "secondary" measures.

The voucher must be used to install at least one "primary" measure.

If you use the voucher for any of the above, you can also use it to cover the following "secondary" tasks:

The voucher does not cover the cost of:

A total of £2billion had originally been set aside for households.

MPs have also blasted the scheme for running at a “snails pace” after it emerged this month that only 20,000 of the 600,000 vouchers available had been dished out.

We explain more about how it works in the box above.

Martin said: "I have said before that the green home voucher scheme is badly designed and over complex.

"Most of the £2billion promised has not been used – and the money is not set to roll over.

"But now there are rumours that the £5,000 free home improvement vouchers are about to be pulled completely.

“So if you think you could get support, apply now.”

It follows a similar plea from Martin last week about the Green Homes Grant scheme.

How do I apply for a Green Homes Grant voucher?

There are a few steps you'll need to check before you apply for the voucher.

First, you need to see if you're eligible for the scheme – we explain more below.

If you are eligible, you'll then need to check what work you could get done to your home through the scheme.

You can see what work could be available to you by going to the Simple Energy Advice (SEA) website and get advice about which energy saving measure would suit your home best.

After this, you'll need to get at least three different quotes from certified companies – but you'll only be asked to provide the best price when applying for the scheme.

Any work must be carried out by TrustMark or Microgeneration Certification Scheme-registered tradespeople.

Once you've found the best price for the work you're interested in, you'll then be able to apply for the voucher.

You should only agree for the work to go ahead once your application for the voucher has been accepted.

You must redeem your vouchers within 3 months from the date they were issued, or by 31 March, 2022.

Be wary if you've been called saying you're eligible for a Green Homes Grant as fraud prevention scheme Cifas says it's received reports of scammers trying to con people out of money by pretending to be part of the scheme.

Who is eligible for the Green Homes Grant scheme?

Homeowners and landlords, either social or private, in England can apply for the scheme.

New-build properties that have not been occupied before are not eligible.

People who qualify for the low-income scheme (who get the bigger grant of upto £10,000) must receive at least one of the following benefits:

Landlords can't apply for the low-income part of the scheme.

Martin criticised the scheme last year, calling it a flop because only one in six homes could find installers accredited by the scheme to do the work.

One homeowner who wanted to upgrade her home called the scheme pointless after finding she couldn't apply.

Meanwhile, a poll showed half of homeowners want to use the Green Homes Grant scheme but there’s only 600,000 vouchers up for grabs.