DISAPPOINTED fans have slammed McDonald's after the app crashed this morning, meaning some couldn't claim their free McMuffin.

The fast food chain offered the deal today only as part of a roll-out of special discounts and freebies during January. 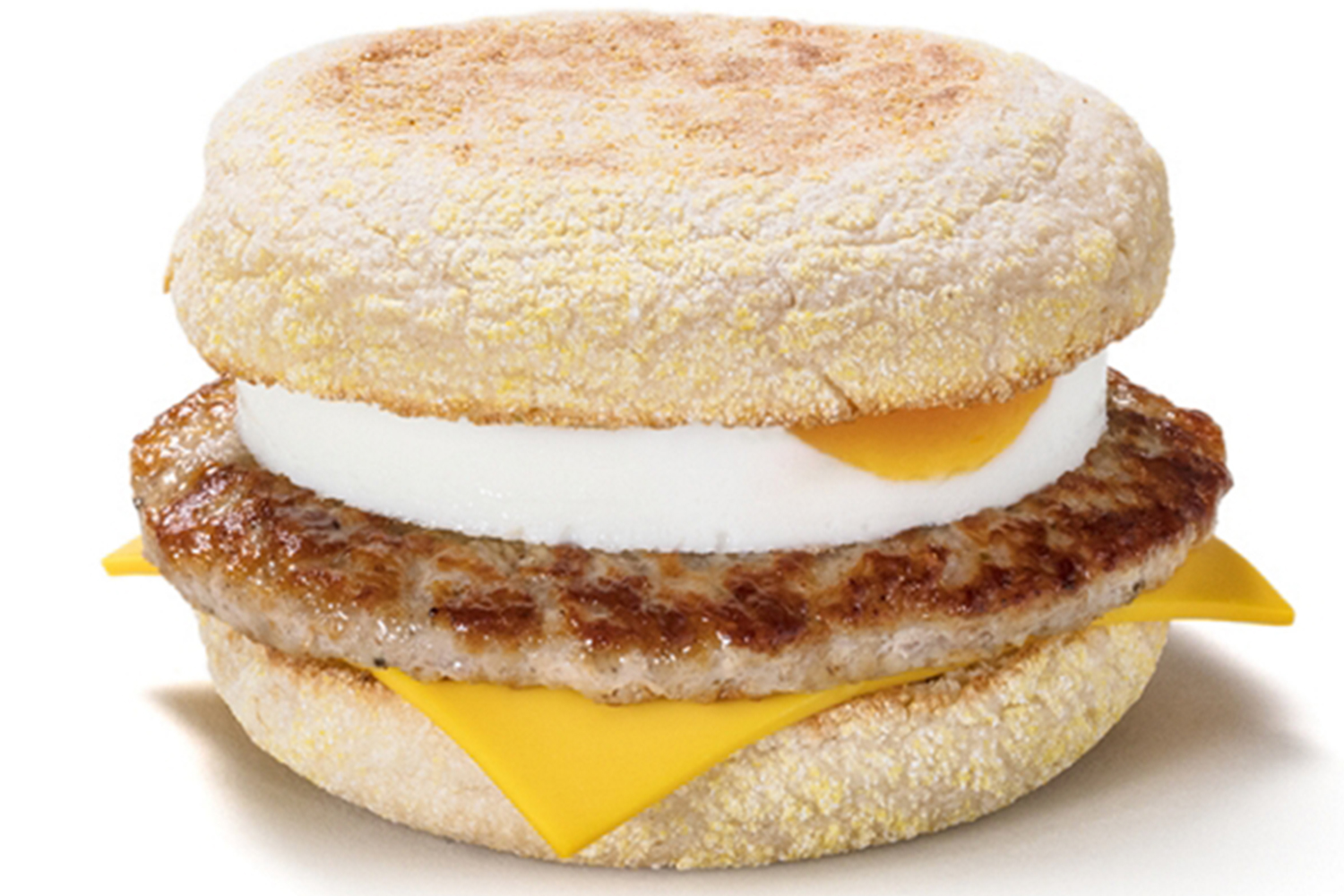 Customers had until 11am this morning to claim a free breakfast through its app.

But some hungry fans weren't able to place their order after the app crashed for some around 10am today.

Outage website Downdetector showed over 300 users reporting issues with the app in cities around the UK.

Angry customers took to twitter to share their outrage, with one customer saying it "ruined my Sunday morning". 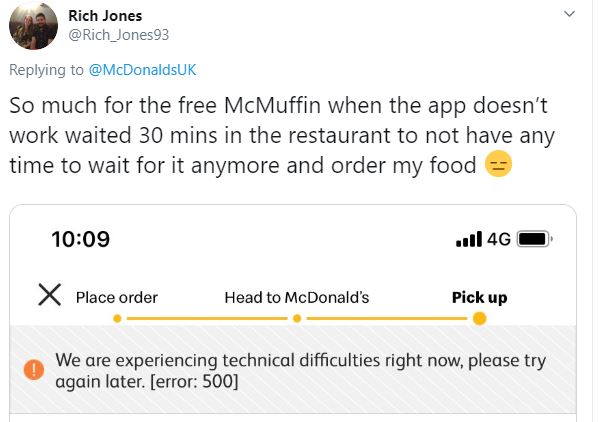 Another user said: "So much for the free McMuffin when the app doesn’t work waited 30 mins in the restaurant to not have any time to wait for it anymore and order my food."

While a third added: "@McDonaldsUK hoping to purchase my free McMuffin this morning and your app isn’t working. Not great!"

McMuffins cost up to £2.49 at McDonald's, so you would've made a tasty saving by getting the deal.

You didn't need to buy anything else on the menu to get the freebie, but each deal could only be redeemed once per person.

The Sun has asked McDonald's whether it'll compensate customers who missed out. We'll update this article once we hear back.

The fast food chain brought back its Spicy McNuggets this week.

McDonald's has also launched its first-ever vegan meal with dippers that taste of pesto.

Plus, its boosted its coffee loyalty scheme so you can now get TWO free cups for less.