Hollywood actor Amber Heard has named her new pet after Australia’s deputy prime minister, six years after they had a run-in over a biosecurity breach relating to her dogs Pistol and Boo. 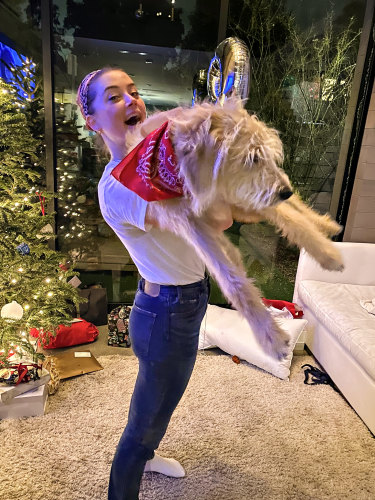 “Meet the newest member of the Heard family, Barnaby Joyce!” the Aquaman star tweeted on Monday, with a photo of herself standing in front of a Christmas tree holding a large, shaggy hound.

Mr Joyce gave Heard and then-husband Johnny Depp (they have since divorced) a 50-hour deadline to get the pair of Yorkshire terriers out of Australia or turn them over to customs authorities to be euthanised after they were found to have snuck them in undeclared on a private jet in 2015.

“It’s time that Pistol and Boo buggered off back to the United States,” Mr Joyce said in a threat reported around the world.

Heard pleaded guilty in a Queensland magistrates court in 2016 to inadvertently falsifying her passenger arrival card and was sentenced to a one-month good behaviour bond.

She and Depp also filmed a bizarre and stilted apology video in which they spruiked the importance of Australia’s biosecurity regime.

American late-night talk show hosts including Stephen Colbert and Jimmy Kimmel joined the pile on, making jokes both at Mr Joyce’s expense and Heard’s and Depp’s.

Heard has continued to poke fun at Mr Joyce on social media over the years, including when he lost his seat in Parliament during the dual citizenship crisis of 2017 when it was found he was actually a New Zealander.

But the saga took a more serious turn last year during a defamation trial in England in which a judge ultimately ruled Depp had assaulted Heard during that same visit to the Gold Coast. 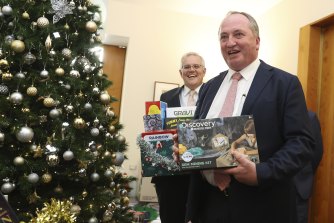 During the trial, the court was told Heard had pressured a staff member to take the blame for Pistol and Boo’s quarantine breach.

The Agriculture Department launched an investigation into whether Heard or anyone else involved in the 2016 court case had committed perjury. In October, departmental officials told a Senate committee the investigation was ongoing – more than a year after it started – but refused to detail why it was taking so long or how much it was costing taxpayers.