Leave it to Megan Fox to make a cardigan look sexy

Megan Fox and MGK are “twin flames” with twinning outfits.

The couple were once again matching down to their nail polish on Wednesday, when they stepped out in Soho wearing leather pants and the same graphic t-shirt.

While the “Bloody Valentine” singer seemingly paired his outfit with Doc Martens, Fox added a glamorous touch to the leather look with a pair of strappy heels and a zebra-print Bottega Veneta pouch ($2,950).

Fox and Kelly, who met while filming a movie in March 2020, nodded to a different Hollywood moment with their tees, which were printed with a black-and-white photo of Woody Harrelson and Juliette Lewis from the 1994 film “Natural Born Killers.”

It’s clear the couple are natural born matchers, as they frequently step out in the same styles – whether sporting the same sweats on a Disneyland trip or matching red carpet nails post-ayahuasca trip. 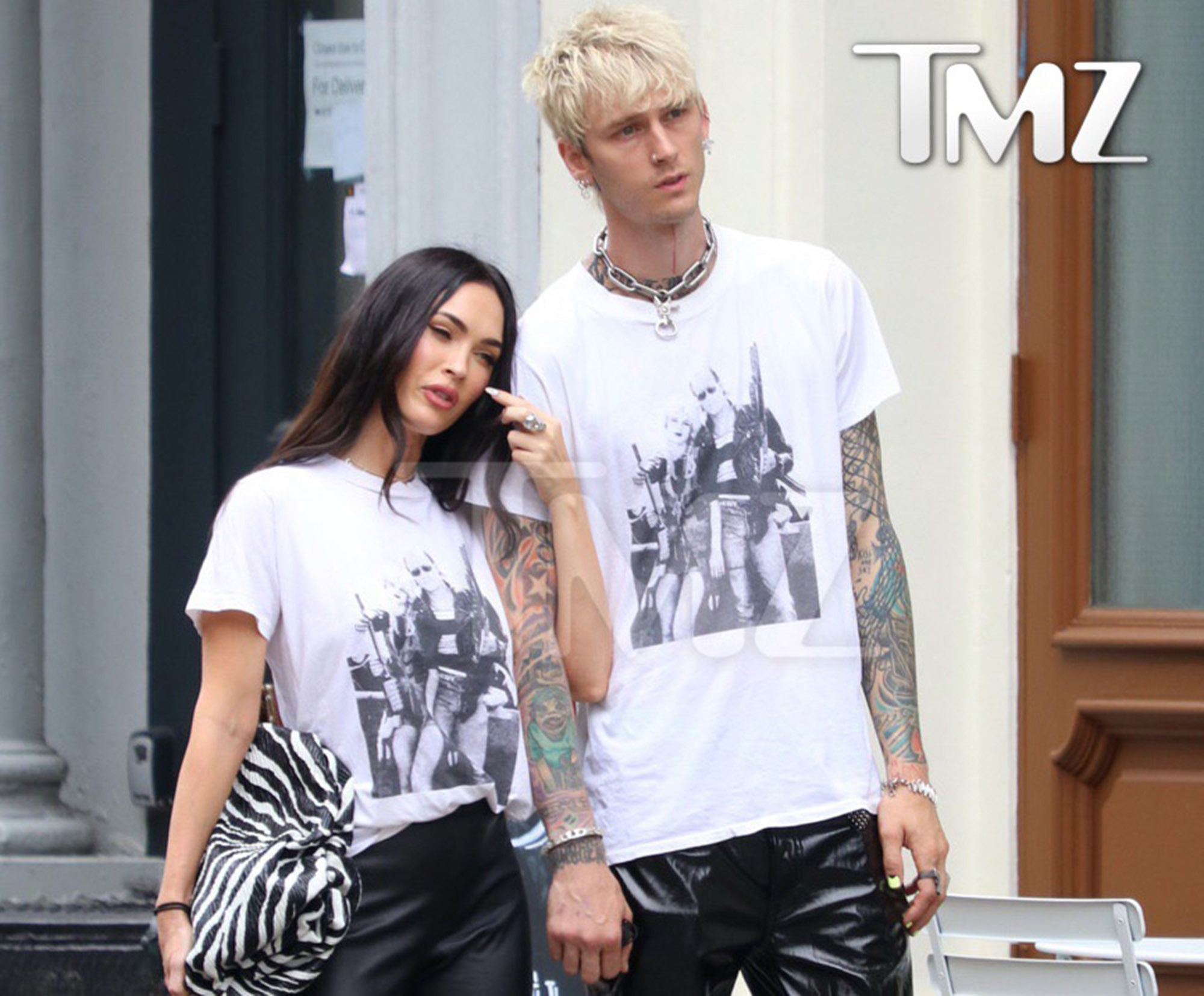 “They like to match,” Nails of LA founder Brittney Boyce previously told Page Six Style of the couple, who frequently nail it with their coordinating claws.

Fox herself has even admitted to elevating her style since dating the musician, ditching “sweatpants and yoga gear” to better fit with his “flamboyant” outfits.

And with MGK, 31, set to perform at the MTV Video Music Awards this weekend, the couple will no doubt keep their string of in-sync styles going. 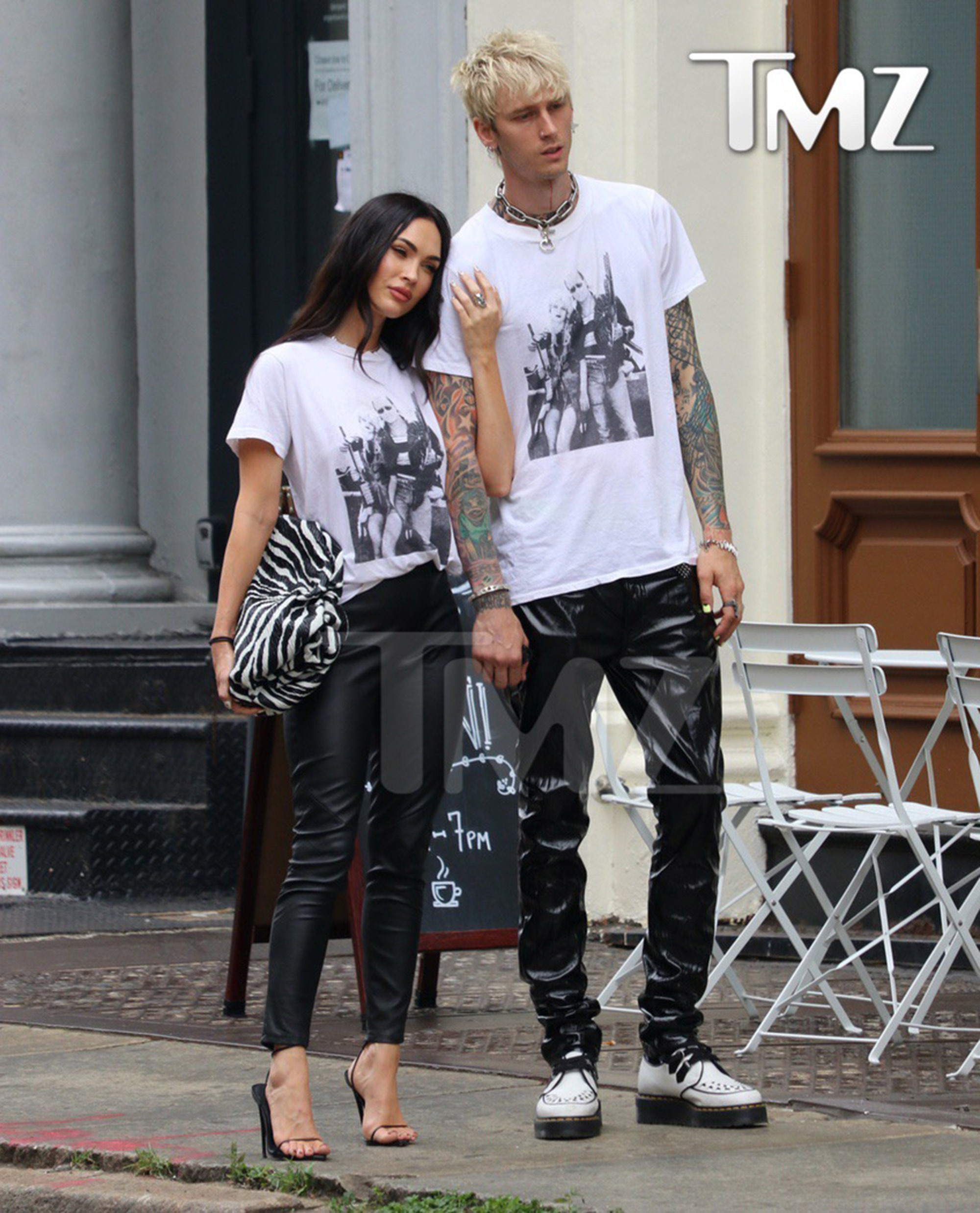 During Kelly’s rehearsals for the show, Us Weekly reported that the “Transformers” star appeared to be wearing a diamond on her ring finger. However, a rep for Fox told Page Six that the pair are not engaged.

Their appearance in New York this week came shortly after Fox, 35, posted pictures from their Airbnb, hinting that the couple had had sex on the rental’s table.

But as for whether an engagement is on the table for the lovebirds? It seems we’ll have to wait and see.