A Melbourne tradesman and business owner faces cutting his staff after he was rendered ineligible for JobKeeper during the COVID-19 crisis following the death of his daughter.

Peter Coll runs a roofing business in Kilsyth, in the city’s east, and is trying to keep his five employees in work and on the books despite the stage four lockdown’s impact on his trade. 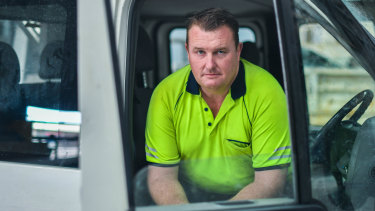 “None of this bothered me in the slightest until the stage four lockdown, which is the point where I’ve gone from 25-28 jobs a week, down to a maximum of six,” Mr Coll said.

When he went to his accountant to apply for JobKeeper, he was told he didn’t qualify because he was making more than he was last year.

In order to be eligible for JobKeeper, set up by the federal government so employers can pay their workers during the pandemic, businesses have to prove their turnover has or will likely to fall by 30 per cent compared to the same time last year.

The problem is that Mr Coll’s revenue this year is more than last year, even taking into account the pandemic, because he lost income when his eldest daughter , who had cystic fibrosis, died.

“We were by her side for three weeks until the doctors basically said she’s not going to come out of it,” Mr Coll said.

He tried going back to work, but as he described, his brain wasn’t in it and he was worried about hurting himself in a dangerous job. 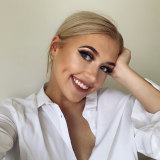 He shut down his business, which at that point was only him, and did other work, before re-starting again once he was ready.

“It grew really quickly. We went from just me, to me and one guy, to me and five as of when COVID started hitting,” he said.

Mr Coll said he "was not one to ask for a handout" but he wanted to ensure his employees were financially supported and could still work for him once business picked up again.

“They're stressed about their jobs, they’ve got things they have to pay as well. One of my employees, an apprentice, with his rent and everything, he’s only just got enough money to live,” he said.

“If I have to reduce his pay, he can’t survive.”

Mr Coll said he turned to the media after failing to get answers from the government. 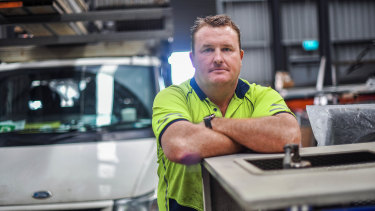 Peter Coll can’t access JobKeeper because he took a time off and changed jobs when he lost his teenage daughter to cystic fibrosis. Credit:Joe Armao

“I’ve tried all the different departments, I’ve tried contacting them all and none of them have had any news for me,” he said.

He hoped his predicament was a circumstance that had not been thought of by government when the eligibility requirements were devised.

Mr Coll said he did not qualify under the ATO's alternative test requirements for JokKeeper either as his company, while it had stopped operating last year, had not folded. He also does not qualify under sickness, injury or leave provisions because he isn't a sole trader or in a small partnership.

"I'm hoping this is something the government has overlooked and that they can possibly fix it," he said.

Mr Coll said more than anything, the situation was affecting his mental health.

"I’m really feeling it, and I’m a little better equipped to speak about this than most men, because I’ve been through a lot in my life. It’s a really dark time for a lot of people.

“I will ask for help, but I don’t know if other people do.”

An Australian Tax Office spokesperson said they could not comment on individual cases due to confidentiality obligations under law.

"We are unable to pay businesses that do not meet the requirements of the law," the spokesperson said.

The spokesperson said businesses should seek advice on JobKeeper from a tax professional or contact the ATO's dedicated helpline 13 10 20.

The ATO commissioner has the discretion to create an alternative turnover test to apply to a class of entities that have no appropriate relevant comparison period.

The most important news, analysis and insights delivered to your inbox at the start and end of each day. Sign up to The Sydney Morning Herald’s newsletter here, to The Age’s newsletter here and Brisbane Times‘ here.