Before the last state election, there was no more vexed policy issue than Melbourne’s rapid population growth. Each year the city was growing by about 125,000 people, described by some as adding the population of Ballarat to Melbourne annually.

Bullish growth predictions abounded: Melbourne was to overtake Sydney as the nation’s largest city before 2030 and then to keep growing to rival London and New York by 2050. Demographer Bernard Salt said Melbourne was the fourth-fastest-growing developed city on the planet. 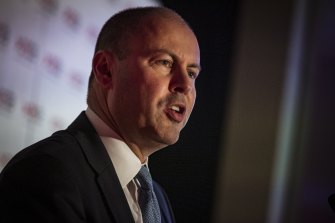 International migration was the biggest driver of that growth and politicians, policymakers and planners were scrambling for answers on how to accommodate people in our sprawling outer suburbs, where new housing estates were being developed faster than the roads, hospitals and schools their residents would need.

Labor pledged billions to fight congestion and develop infrastructure, while the Liberals pursued a policy of encouraging movement to the regions and unlocking land in outer suburbs. Labor won the last election by a landslide and many of its infrastructure projects are well under way.

But the pandemic has changed the equation. In 2019, net overseas migration accounted for 60 per cent of our nation’s population growth. Now our borders remain firmly closed, our migration program has dwindled to a trickle, foreign students are locked out and even Australian citizens and residents overseas are unable to return home. 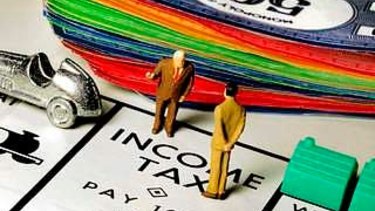 On Monday, in his response to the nation’s fifth Intergenerational Report, compiled by his department, Treasurer Josh Frydenberg tried to look forward through the next 40 years to the state of the nation’s finances. It is not easy reading. The alarm bell ringing most loudly was the slowing rate of population growth caused by the pandemic. As The Age’s senior economics correspondent, Shane Wright, wrote this week, Australia will be smaller, older and endure four decades of deficits that will eat up a larger share of people’s pay.

Joe Hockey’s 2015 Intergenerational report predicted there would be a population of 39.7 million by 2054-2055, whereas Mr Frydenberg’s report predicts 38.8 million by 2060-61, the first time the report has revised down population growth. Key in this decline is a drop in working-age people, from 64.6 per cent of the population to 61.3 per cent. These workers will carry a huge burden of debt, which is expected to reach 34.4 per cent of GDP by 2060-61.

They will also pay a higher level of their income in tax to the federal government, accounting for 53¢ of every dollar collected in federal taxes by the mid 2030s. Despite the government’s stage 3 tax cuts, which start in 2024, more people will be pushed into higher tax brackets through bracket creep.

The predictions seem dire, and slowing population growth is the main reason the report has downgraded economic growth forecasts from 3 per cent to 2.6 per cent over the next 40 years.

But as the Treasurer says: “This is a projection of what could be, not what will be.” Mr Frydenberg has signalled that increased migration and a bigger Australia is one policy means by which governments could try to expand our economy. “A well-targeted, skills-focused migration program can supplement our stock of working-aged people, slow the transition to an older population and improve Australia’s economic and fiscal outlook,” he said.

The Age welcomes plans to boost the economy through a well-balanced migration program when the settings are right and the safe arrival of foreign workers can be achieved. The government is resistant to more income and company tax increases and has a self-imposed tax-to-GDP ratio limit of 23.9 per cent.

But economists have argued that the report strengthened the case for broad-based tax reform, including an examination of GST, land tax and carbon and resources taxes. The Age thinks these options should be examined. With so much of the burden falling on income earners, it is incumbent on the government to determine if the nation’s tax mix is right and correct it if it’s not.

Mining companies, particularly those that export iron ore, are experiencing halcyon days and could pay more tax. Forecasts from the Industry Department predict iron ore exports will reach $149 billion in 2021, up from $103 billion a year earlier, as the price reached $178 a tonne, up 78 per cent from a year ago.

The government has taken steps to force large multinational firms, particularly in the tech sector, to pay their fair share of tax. We urge them to keep going and empower the Tax Office to keep them honest.

Another measure that must be addressed in our economic recovery is productivity. The intergenerational report assumes that a productivity growth rate of 1.5 per cent will be repeated over the next four decades. But this is a rosy prediction given that the current rate has been 0.5 per cent since 2015.

What this report says loudest is that to fix our economy and secure a prosperous future the nation’s leaders will need to rediscover an appetite for meaningful economic reform. Our future depends on it.

Gay Alcorn sends an exclusive newsletter to subscribers each week. Sign up to receive her Note from the Editor.