Michael Ealy and his wife of almost seven years, Khatira Rafiqzada, are so in sync, they’re able to joke about his on-camera sex scenes.

During an episode of ESSENCE’s Yes, Girl! podcast, Ealy and his The Intruder co-star Megan Good were asked how they’re spouses tend to react while watching them get freaky in acting roles. Ealy says his wife never even breaks a sweat. In fact, she’s ready for her turn.

“[Megan Good] is one of the first people I’ve done a love scene with that had a husband. My wife on the other is like ‘when can I make out with somebody?’ And I’m like, ‘well, if you get paid for it, I’m cool. I ain’t made out for free yet,’” Ealy says jokingly.

He then tells a story about a moment once when Rafiqzada helped brake the ice when they were watching one of Ealy’s steamy scenes in the presence of his co-star Sanaa Lathan (who he was sharing the, ahem, moment with on-screen). 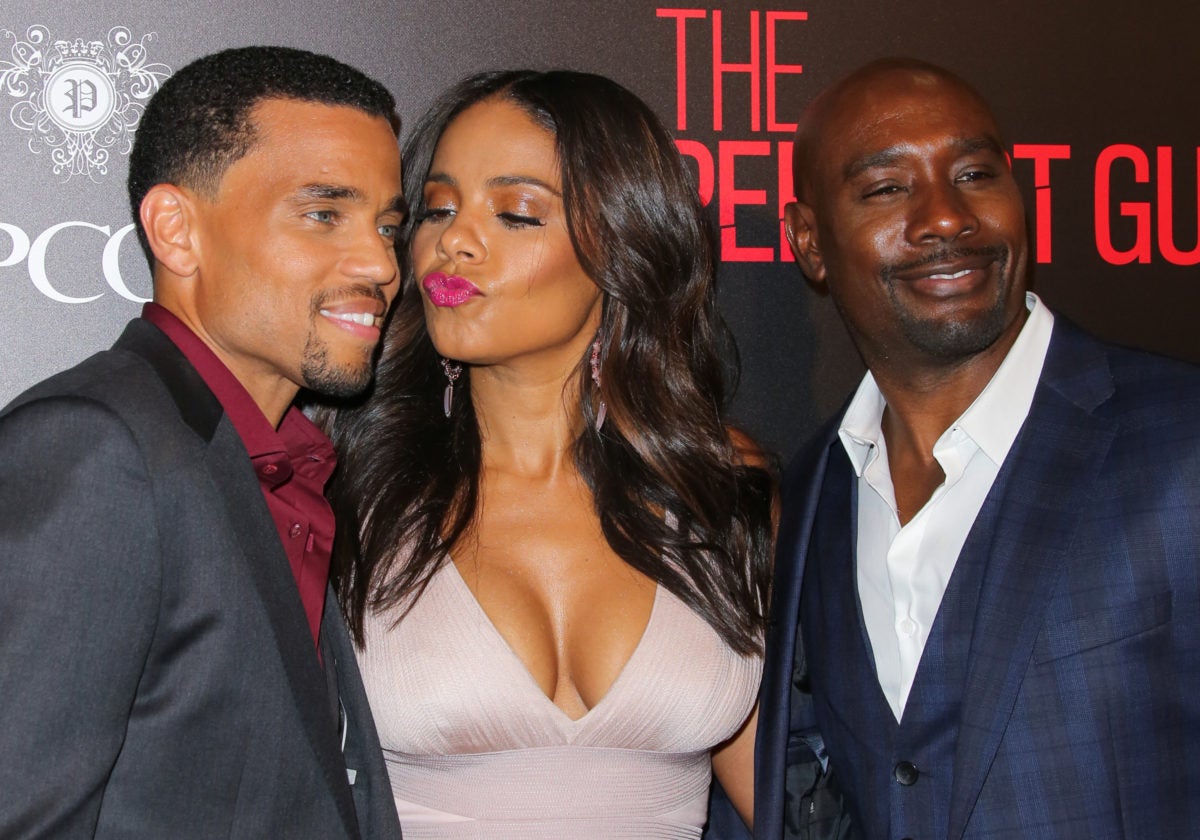 “I remember [this time] at The Perfect Guy premiere – and this is one of the reasons I’m with her, because she’s just cool about that kind of stuff – Sanaa was sitting in front of us and the sex scene comes on. You can see Sanaa start to sink in her chair because she has met my wife, [who is] right behind her. So Sanaa’s freaking out, and my wife just puts her hand on her shoulder and goes, ‘awkwaaarrdd!’ Sanaa just busted out laughing.”

Ealy says he appreciates his wife that much more for being secure enough to not take the demands of his profession personally. “I had relationships prior to [my wife] and they took issue with it. They couldn’t handle it. Even my wife’s friends are like, ‘how do you deal with this every single project? It’s ridiculous.’”

Listen to the full Yes, Girl! episode below.