He was a close aide to the most powerful Kashmiri separatist leader for 50 years, but he was arrested a year ago and imprisoned. He died in a hospital of the coronavirus. 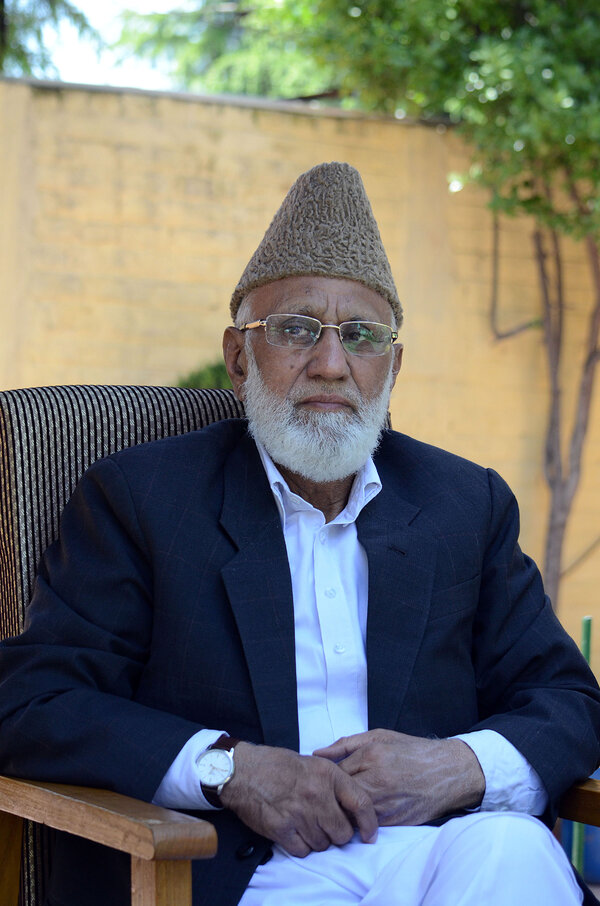 This obituary is part of a series about people who have died in the coronavirus pandemic. Read about others here.

SRINAGAR, Kashmir — He was 22 when Indian authorities sent him to prison for the first time, for publicly denouncing the detention of local leaders in Kashmir, the mountainous, predominantly Muslim region that has long chafed under India’s rule.

“What kind of democracy cages free speech and people who speak the truth?” Mohammad Ashraf Sehrai asked when he addressed a crowd in March 1965, after the detentions. He quickly received word that the police were looking for him, and he hid in a school. He was arrested the next day — which, he would later say, changed him forever.

Mr. Sehrai became one of the leading voices of separatist politics in Kashmir (India recently revoked its semiautonomous status). He served for more than 50 years as a close aide to the most powerful Kashmiri separatist leader, Syed Ali Shah Geelani, and replaced him two years ago as head of Tehreek-e-Hurriyat, a group that seeks a referendum on Kashmir’s status.

Mr. Geelani had long argued for the region’s merger with Pakistan, but in recent years he tilted toward independence. His successor remained steadfast in support of joining Pakistan.

After years in and out of prison, Mr. Sehrai was once again arrested in 2019, as part of a wave of thousands of detentions after India cemented control of the region. His family said he had been expecting to spend a long time in jail.

He died on Wednesday at a hospital in Jammu, the winter capital of Kashmir, where he had been imprisoned. He was 77. The cause was the coronavirus, his son Mujahid said.

“All his life he preferred suffering over comfort, and he died because he did not compromise on his political ideology,” said Mohammad Ashraf Laya, a political activist and longtime friend, who spent time in prison with him. “Once convinced of something being right, nothing would make him compromise.”

Mohammad Ashraf Khan, who later took the name Sehrai, was born into a family of farmers on March 23, 1944, in the picturesque Lolab Valley, along what would later become the de factor border between India and Pakistan in northern Kashmir. His forefathers migrated from the Swat area of Pakistan before the partition of India.

His father, Shamsuddin Khan, was also a political activist. His mother, Shah Ded, was a homemaker. He studied Urdu at Aligarh Muslim University, in the northern Indian state of Uttar Pradesh.

Along with his son Mujahid, he is survived by his wife, Sara Ashraf; two other sons, Rashid and Khalid; and two daughters, Surayya and Humaira.

His son Junaid, who joined the insurgency against India, was killed in a firefight with Indian forces in May 2020. Authorities declined to release his body for burial in the family graveyard; the police have said the measure was aimed at avoiding the spread of the coronavirus at large funerals.

According to his son Mujahid, Mr. Sehrai told his family: “They want me to beg for it. Never.”