MORRISONS has revealed its Christmas food range for this year.

Nibbles, to full blown roasts are on offer, plus something for the sweet toothed too. 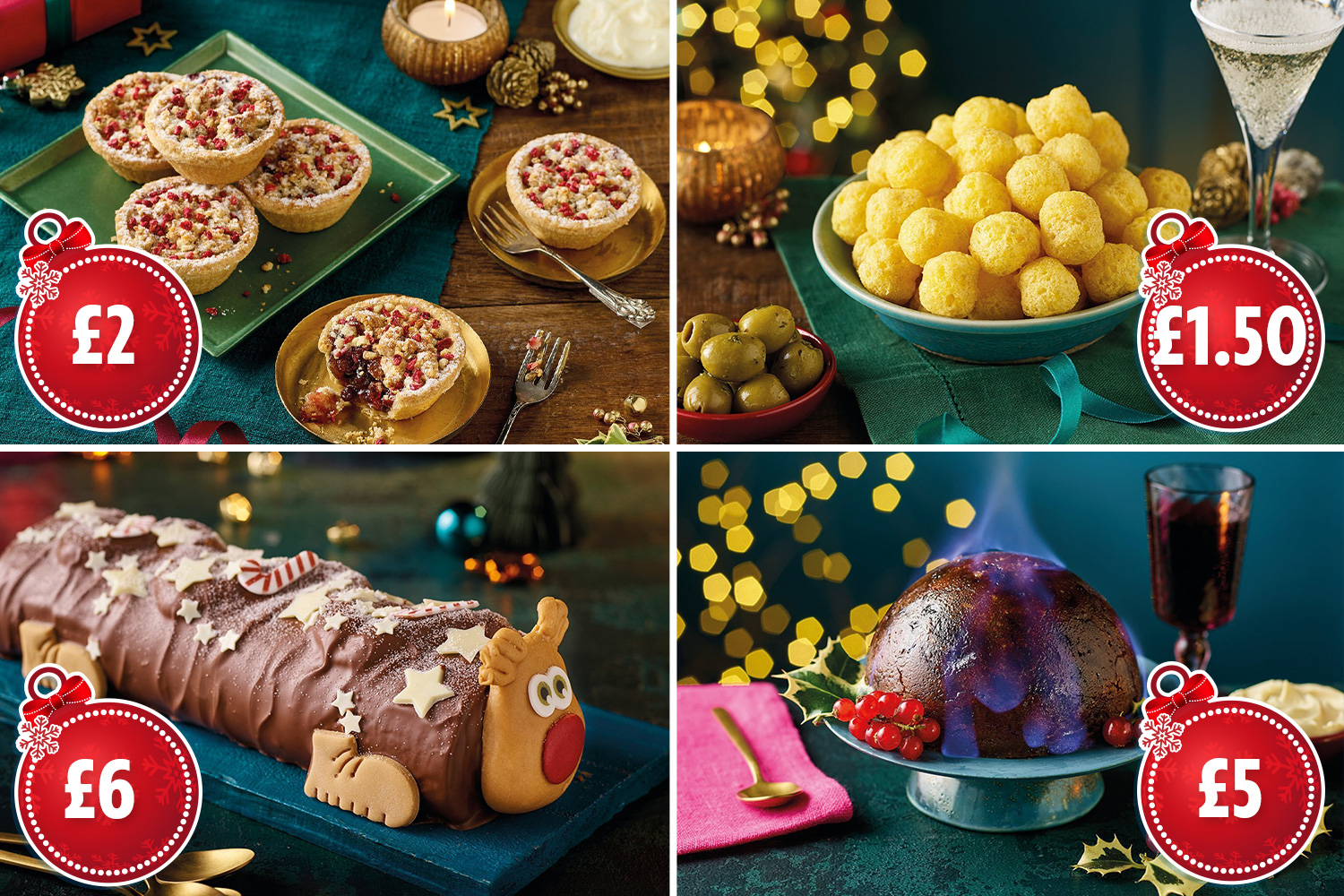 But as well as all the classic goodies, shoppers can pick up a few more interesting products, as turkey and stuffing ball crisps and cherry bakewell mince pies hit the supermarket's shelves.

Not all of the Christmas products are live in-store yet, and some aren't available to add to your basket online either.

But Morrisons has released dates that shoppers can expect to see the festive feasts popping up, and some are ready to take home now.

For example, any mince pie fans can already test out the supermarket's new cherry bakewell flavoured take on the seasonal sweet treat, as they hit stores and online on September 6.

You can also hide away a Christmas pudding in the kitchen cupboard, as Morrisons has already released its £5 delight.

If you decide to shop online once all the Christmas stock is announced remember you'll have to factor in that delivery is free but only if you spend £40.

You should also have a shop around once more retailers announce their own ranges, as you might find there's a cheaper price going for similar products.

Plus with Christmas officially 100 days away, Aldi has announced the return of it's Christmas hampers.

But while many are even flocking to retailers who have announced their Christmas toy sales, Morrisons' new range is perfect for any host to stock up on for the festive dinner party season.

We've narrowed down some of the top picks from the range so you can start planning your festive feast. 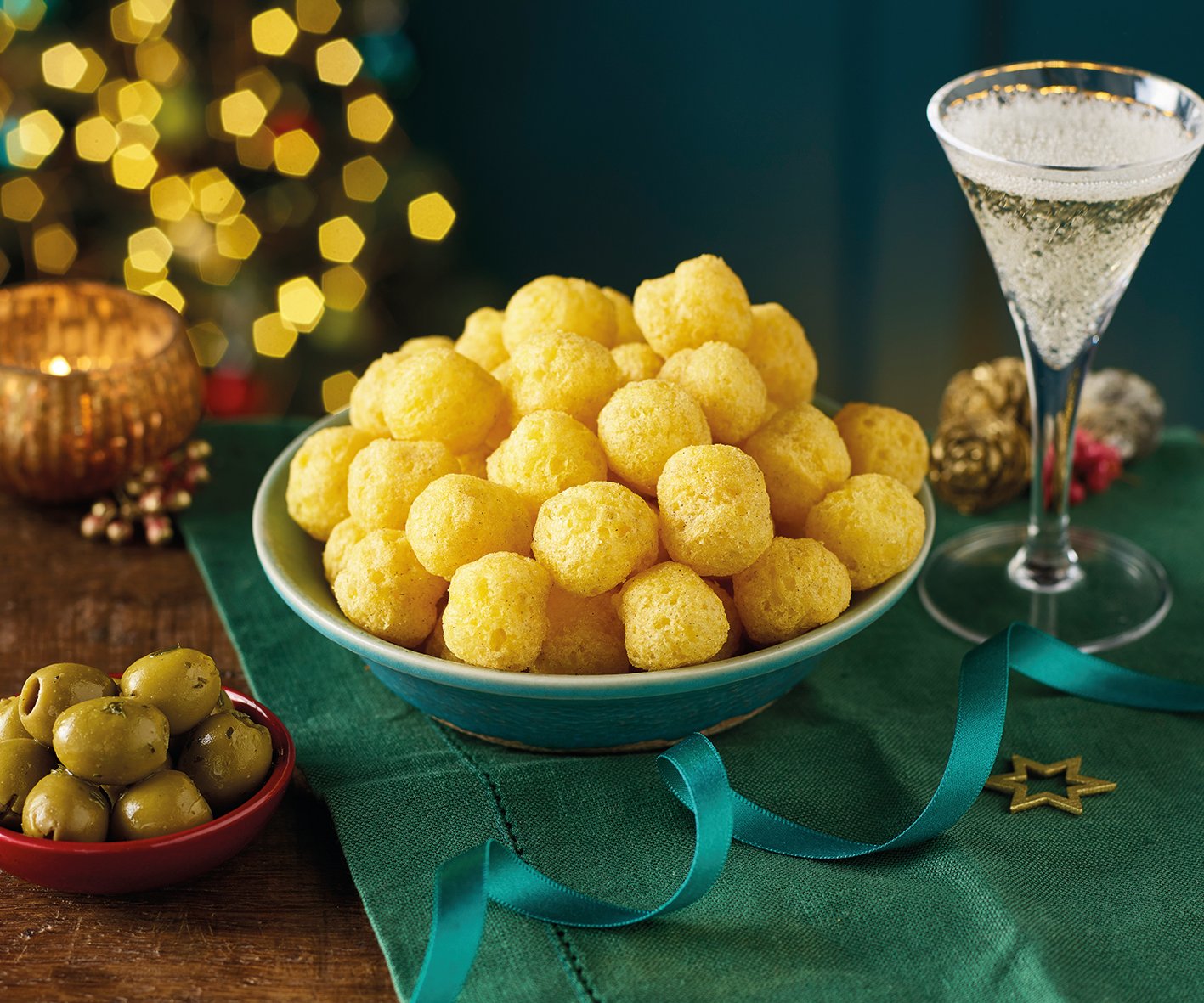 One of the quirkiest offerings in the supermarket's range, Morrisons is offering Turkey and stuffing balls.

The crisps are light and crunchy Turkey and stuffing flavoured maize and potato balls.

They're bite sized balls coated in a savoury meaty and herby flavour. 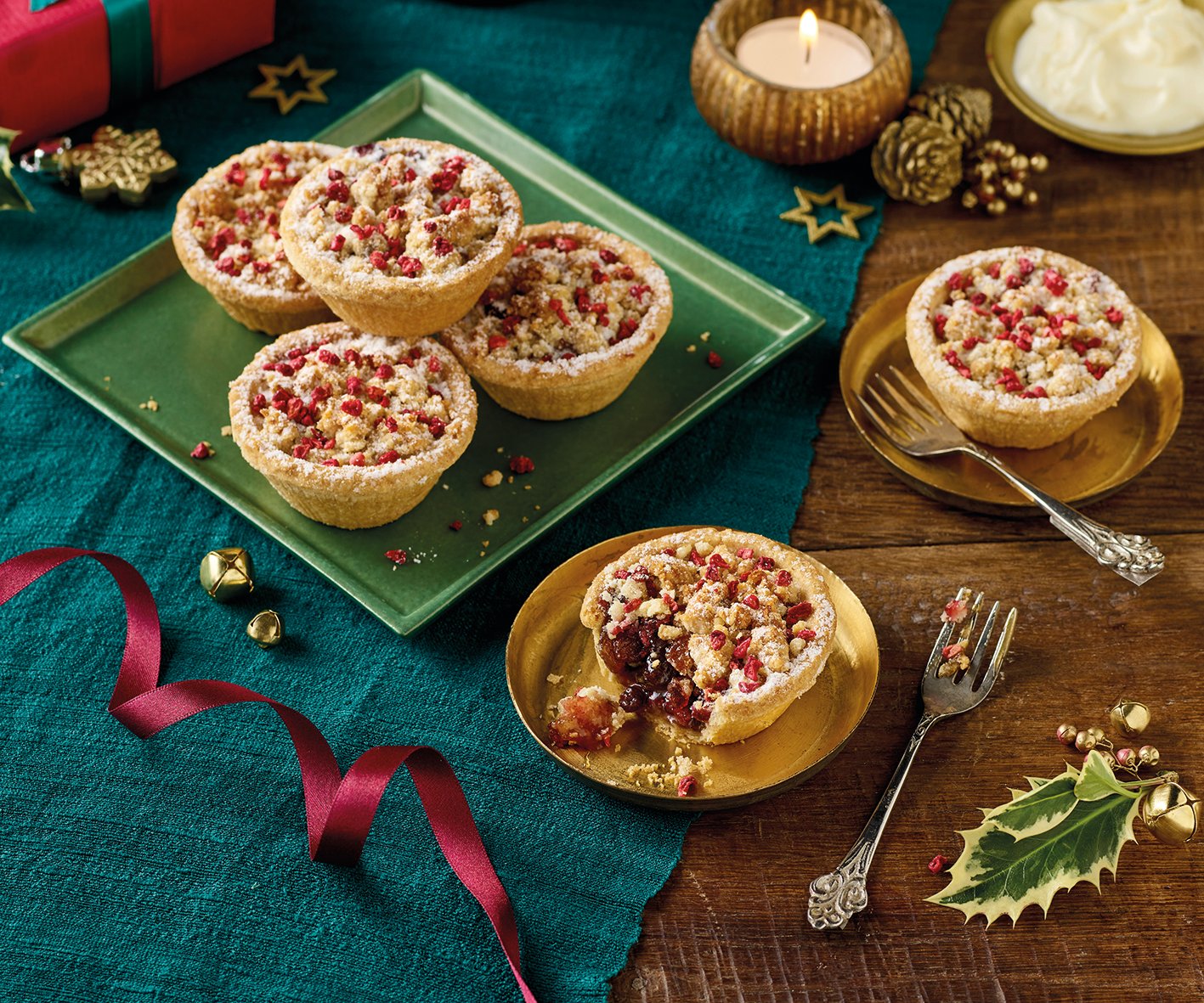 Inspired by the iconic British classic, these mince pies are filled with a amaretto spiked mincemeat with morello cherries and vine fruit, layered with a morello cherry and kirsch jam.

They're also topped with a rich glace cherry crumble, and finished with vibrant raspberry pieces.

We can't find the take on the mince pies online at Morrisons yet, but the classic versions have already sold out online.

You could head out to your local Morrisons to try and pick up the new versions, but stock will be subject to availability. 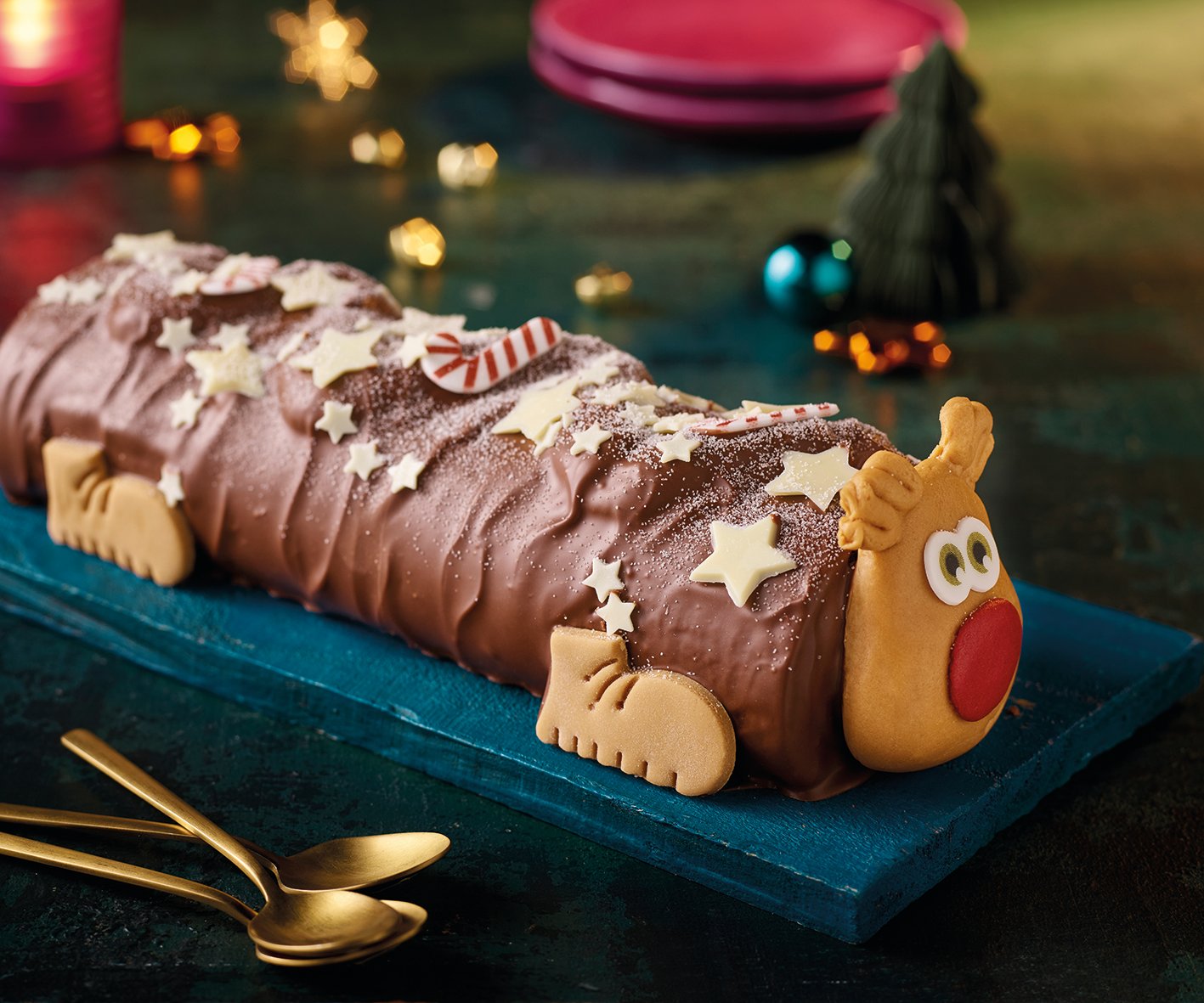 Move over Colin, Morrisons has it's own chocolate log cake with a fun festive character to bring it to life.

The chocolate sponge cake is filled with a chocolate buttercream and covered with milk chocolate stars and edible decorations.

It'll serve 12 people too, so it makes the perfect dinner party showstopper. 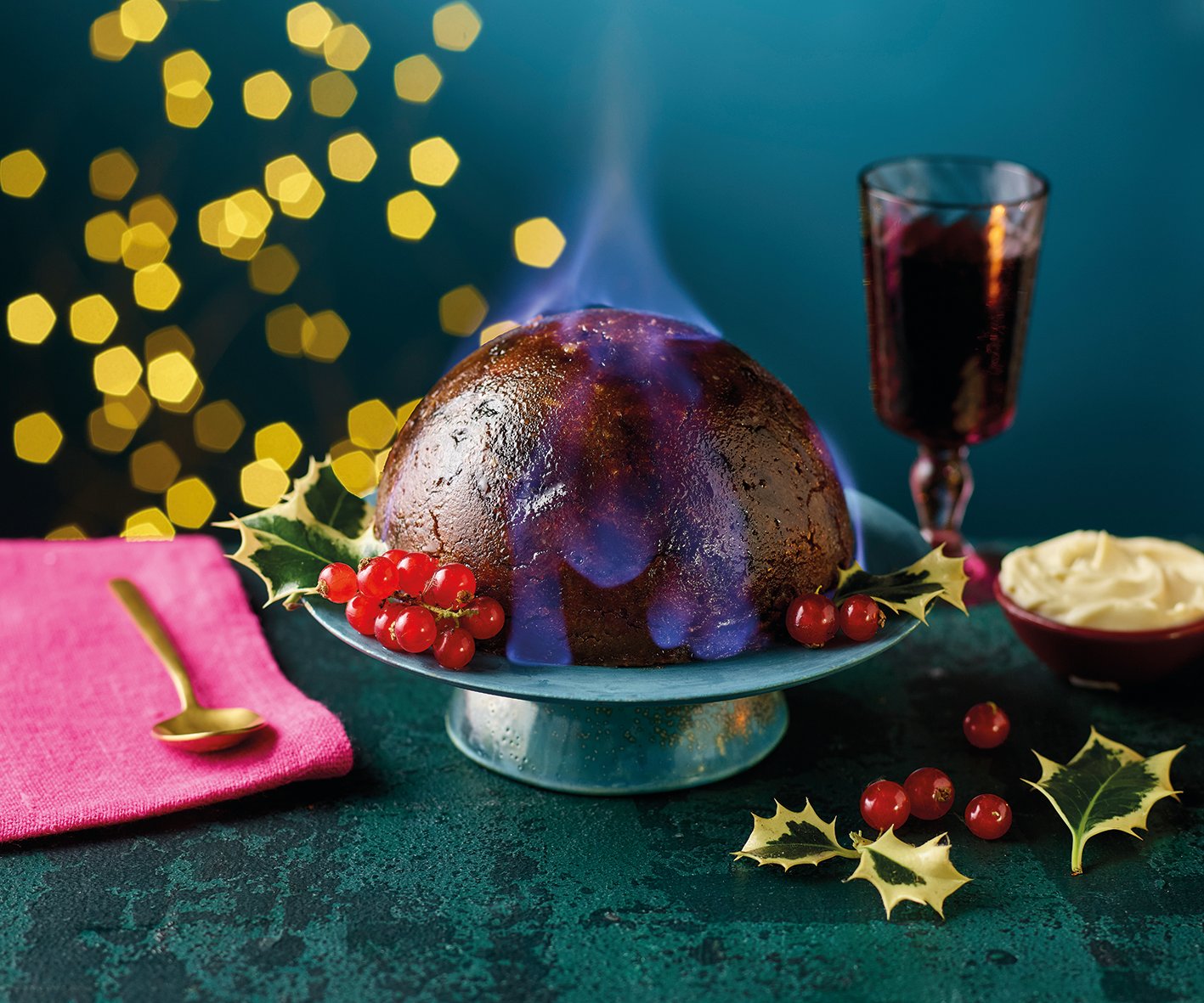 That is, when it's in stocked, when The Sun last looked, the classic Xmas desert was already out of stock online.

If you do manage to get your hands on one in-store it is designed to serve four people. 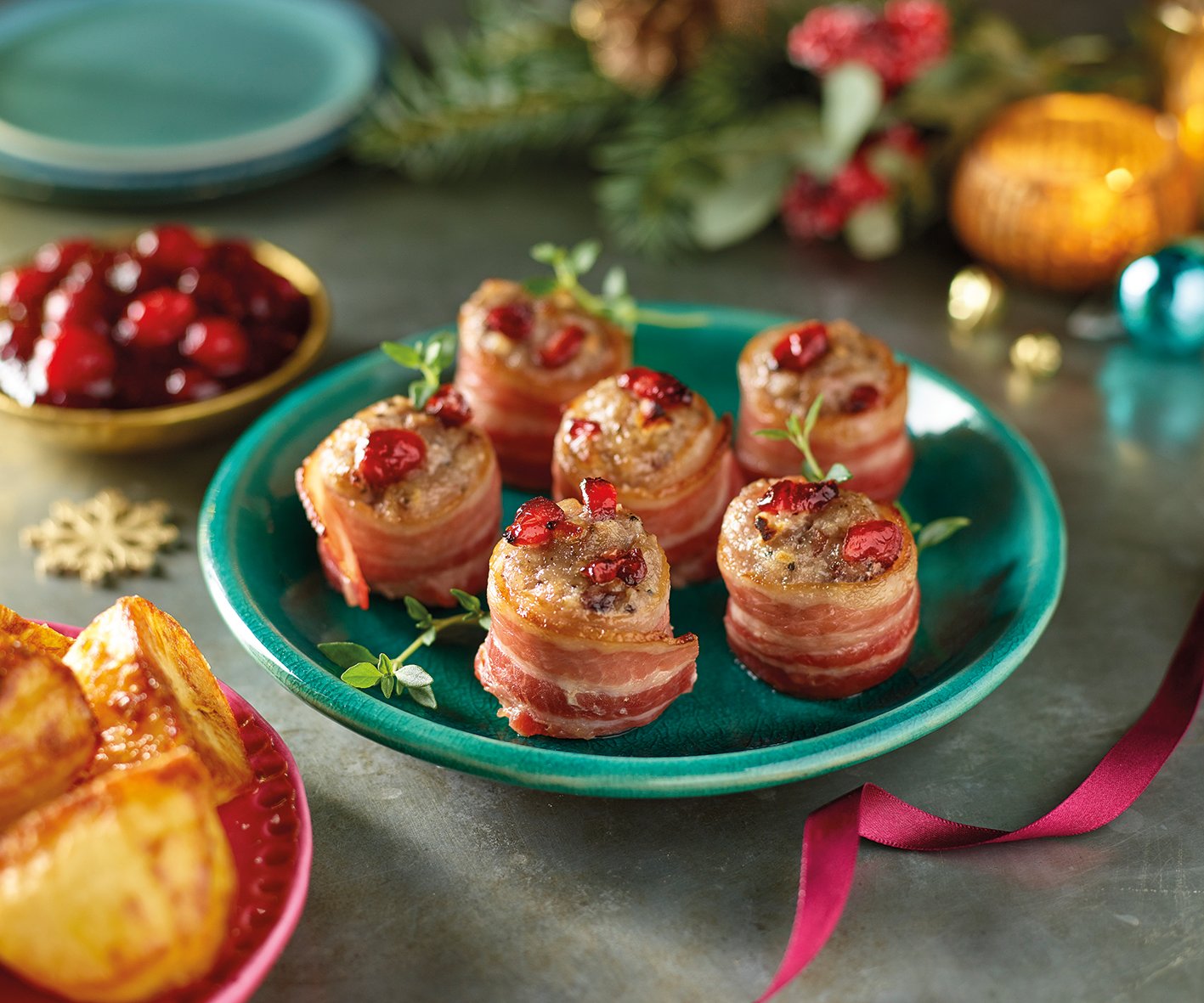 At the end of November you can stock up on all the party nibble favourites like pigs in blankets and these pork, apple and cranberry sausage meat wrapped in smoked bacon.

They make the perfect sharing side in your Morrisons Christmas dinner and the treats are gluten free too, so you can cater for any dietary requirements. 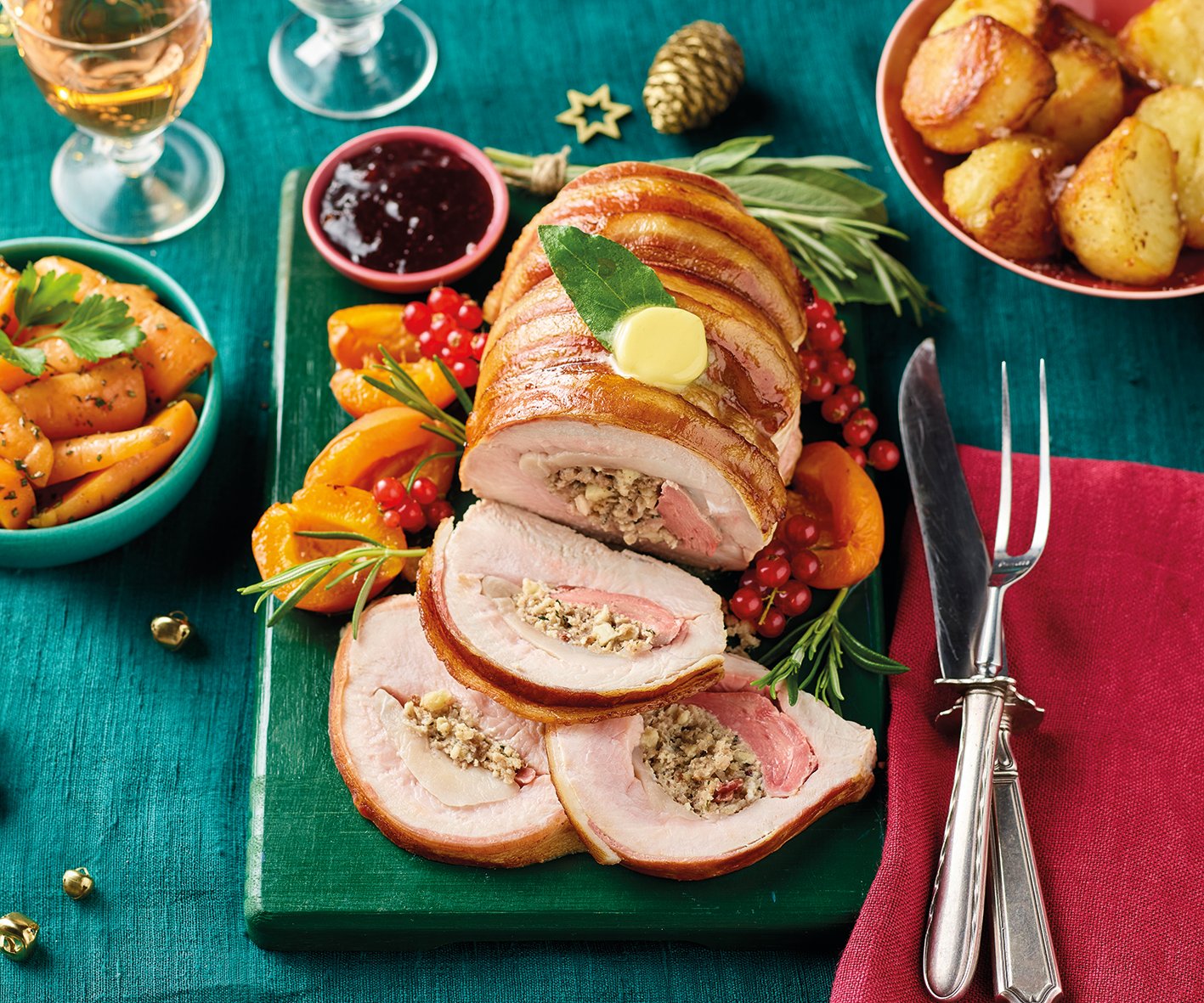 Dubbed "the main event", Morrisons is selling a British turkey with chicken thigh and duck breast and a pork, cranberry & port stuffing for £20 in the range.

The three bird joint will serve between five and eight people.

But it's not available until close to Christmas, as shoppers can't pick it up until December 19. 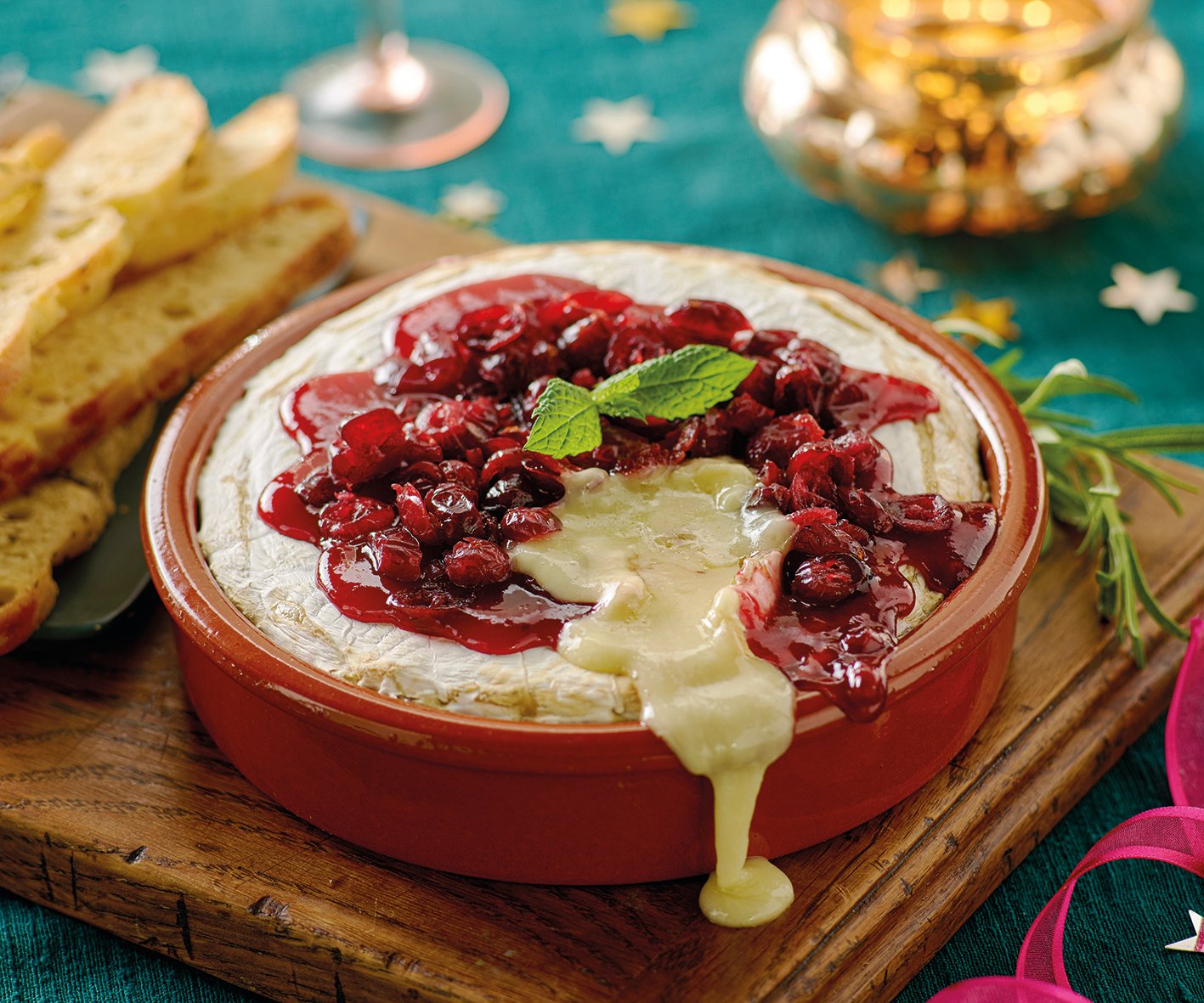 In mid November Morrisons will be selling baking brie from Normandy with dried cranberries, and a sour cherry & sloe gin glaze.

The cheesy dish is part of the supermarket's Christmas starter options.

There's also a number of fish dishes on offer like the classic 70s staple, prawn cocktail which Morrisons is selling for £5 and it'll also be releasing a smoked salmon dish for £6. 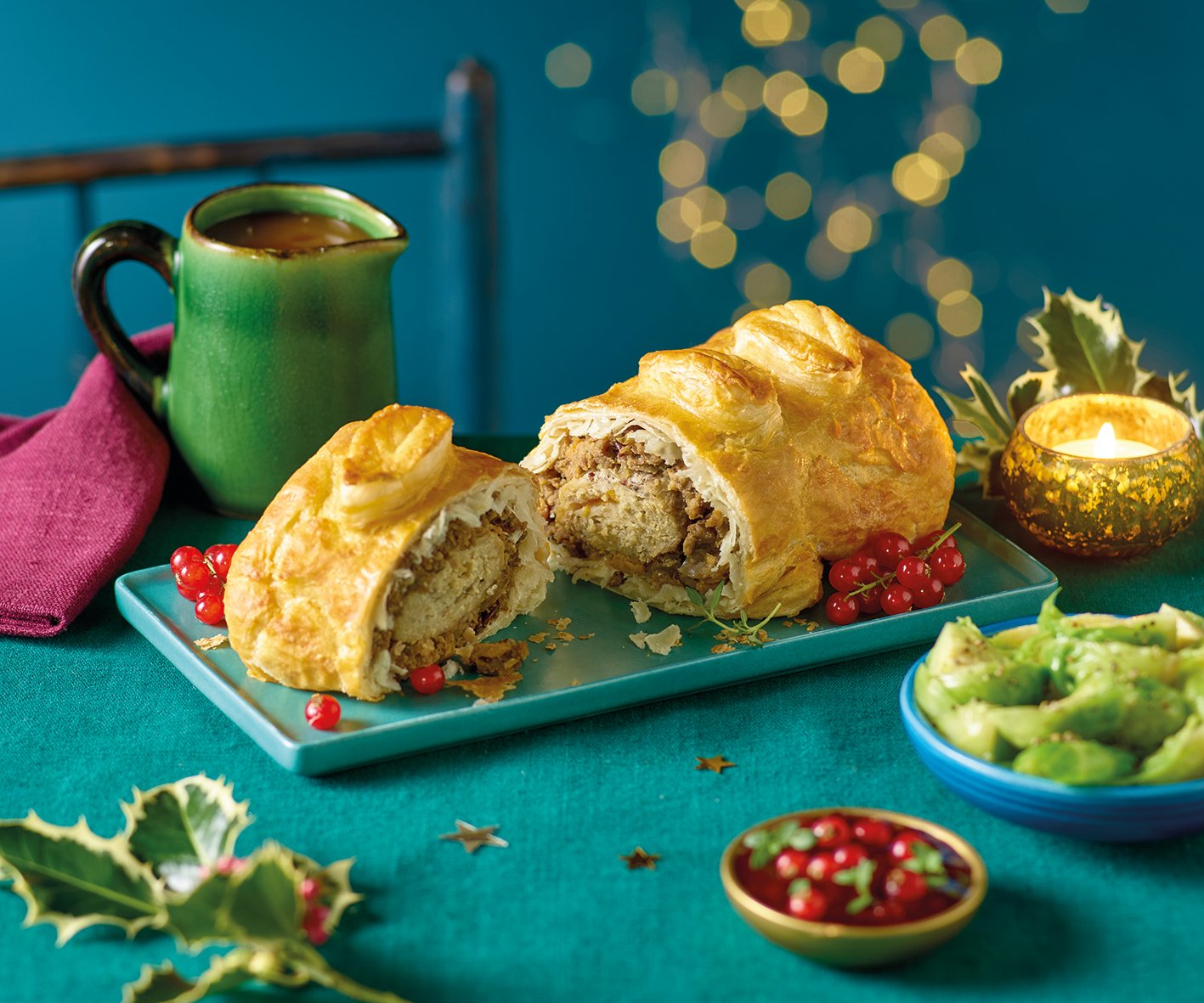 Vegans and veggies alike don't have to miss out on the fun though, as the Christmas range actually includes seven different vegan options too.

You can also substitute the main event for a vegetable and butternut squash wellington joint.

The joint serves three people so it works out to be £1.70 per suggested serving.

There'll also be "No-Pigs In Blankets" on offer for £2, and a vegan strawberry trifle that serves six people for £5.