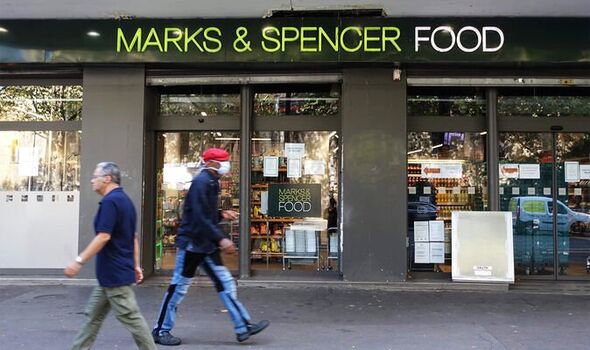 M&S will shut down 32 of its stores across the country in the next three years as urban locations have “lost impetus”.

The retail giant explained the decision to close some of its town centre stores is due to the “increasing cost pressures and consumer uncertainty” as well as online sales considerably increasing in the last two years.

M&S said the shift to online shopping during the pandemic had “increased the imperative” to reduce its trading space.

The outgoing chief executive of M&S, Steve Rowe, also explained costs have been rising by between five percent and nine percent these past months, and “a chunk of that is going to get passed on” to customers.

Some of its stores will be relocated to the edge of towns over the next three years.

These will be more “modern” and “well-located” sites, the retailer explained.

However, not every shop will be replaced and some will permanently shut down.

In a recent statement, M&S said: “We recognise that in an omni-channel world, ease of shopping and fast access is critical to competitiveness, and in many cases we believe the town centre locations have lost impetus.”

This is due to “failed local authority or Government policy,” the retailer explained.

M&S added: “As a result, a high proportion, but not all, of our relocations are to the edge of town.

“We are now developing a growing pipeline of store relocations, moving from old multi-floor buildings, often with challenged fabric and poor access and car parking, to modern, well-located sites wherever possible in the renewal format with omni-channel capability.

“Moving away from town centres is not our only focus, but we recognise that in an omni-channel world, ease of shopping and fast access is critical to competitiveness.”

The retailer said: “The full-line store pipeline already has around 15 new stores planned over the next three years, including seven former Debenhams sites, and we expect this to build further.

“This will help enable a further 32 store closures.”

M&S has not yet revealed which of its 32 stores will be closing.

The news comes after a total of 68 M&S stores shut down in recent years.

A further 30 are due to close within nine years.

The retailer previously explained it expects to close 110 stores in a plan to reduce them to 180.