The charity helping musicians, performers and crew survive the COVID-19 shut down of stages and venues is being rushed with hundreds of requests for crisis money every week.

The federal government will announce Tuesday it will give $20 million to Support Act to cope with the spike in calls for emergency assistance from those left struggling in the devastated arts and entertainment sector. 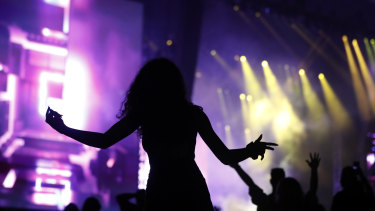 With no road map out of lockdown, Support Act CEO Clive Miller says “Anyone in the sector is realistically expecting to struggle for some time to come.”Credit:AP

There will also be an extra $15 million allocated to the COVID-19 Arts Sustainability Fund after a surge in applications that followed last week’s announcement of $4 million in support for Opera Australia.

Support Act grants up to $2700 to musicians, touring crew and others in the music industry to help with paying bills, and also operates a telephone counselling service. 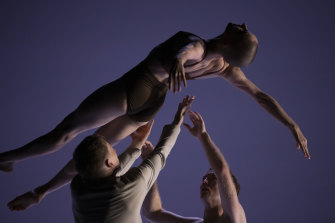 Under the terms of the new federal money, Support Act will open its grants to all those working in live performance including dance, theatre, circus and opera.

Support Act’s chief executive Clive Miller said weekly demand for crisis grants had peaked at 600 applications in mid to late July when Victoria went back into lockdown and NSW announced its lockdown would roll through August.

A total of $770,000 had been paid out last week alone to musicians, managers, crews and music workers.

“Demand is greater this time around,” Miller said. “People have used up their savings and other income streams they might have had; they’ve started to dry up.”

There was also a measure of fatigue in the arts and entertainment sector, he said, having survived the first wave of COVID-19. “There doesn’t seem to be a clear road map out of this and I think it’s having a huge impact on not only people’s mental health but on their economic viability. Anyone in the sector is realistically expecting to struggle for some time to come. 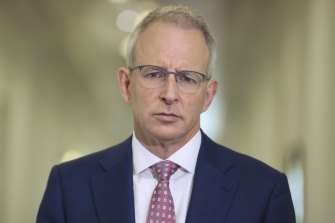 Paul Fletcher has announced $35 million for the arts and entertainment sector.Credit:Alex Ellinghausen

The federal government’s commitment to Support Act is on top of $20 million already allocated to the charity since March 2020, and in addition to public funds raised from benefit concerts.

Mr Fletcher said the assistance would allow Support Act to respond quickly and effectively to the needs of live performance artists, crew and music workers – including sound and lighting technicians, managers, booking agents, promoters, venue workers and roadies – still affected by COVID-19. The extra money for the Sustainability Fund took its total size to $50 million, with $20 million already allocated.

Support Act is expected to be in a position to begin distributing the assistance in a couple of weeks. “We were receiving 100 to 150 applications per week at the beginning of April,” Miller said. “A couple of weeks ago our highest amount was 600 applications. It’s probably sitting at 500 now.

“What happens is when one state is in lockdown, it doesn’t just impact that one state, it impacts people in other states as well. Not all bands and crew live and work in the same state. Everything is interrelated.”