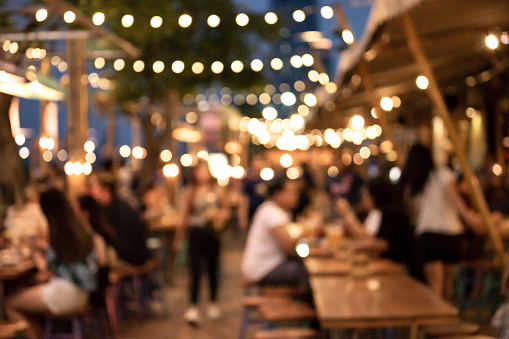 Last year, one Friday night a few weeks before lockdown, I woke up in A&E, face down on the floor in a pool of my own urine.

Scared and anxious, I tried desperately to search through my memory to understand how I had got there.

Small flickers of clues appeared out of sequence. A bar where I’d been celebrating my brother’s birthday. A smoking area where I’d put my drink down on the side. A cab ride where it felt like a colony of ants was crawling up each of my limbs one by one, leaving them heavy and unable to move. A plea for help to a cab driver.

The bright lights of the hospital. A confusing conversation with the check-in staff. Desperate crying that left me breathless. A light bulb that needed replacing above the chair I later found myself in. On, off, on, off.

The ensuing pandemic plastered over many of the more traumatic memories I have of that night; a combination of overwhelm in the following months and a strong impulse to forget means that the details of what I went through are not forthcoming when I attempt to remember them.

But what I’ll never forget is the cruel contradiction of a desperately anxious mind trapped inside a body unable to move, or even communicate its distress to people who might be able to help. I remember the word ‘help!’ flying round my head but being unable to say it out loud as doctors and nurses hurried around me tending to other patients.

Even considering how afraid I felt inside my mind that night is difficult to think about. I desperately hope that for as long as I live I’ll never know fear like it again.

I hadn’t thought about it much until yesterday when a friend got in touch to share that they had been spiked this weekend while at a matinée performance of a show — somewhere you might reasonably expect to be safe from such an ordeal. Completely overturned by the fear, they had turned to Google in search of answers and empathy, and had come across an article I had previously written about my experience last year and decided to reach out. Hearing them describe their ordeal instantly took me back to that hospital waiting room.

They had the same questions I had last year: should I report to the police? Why didn’t the hospital do a toxicology screening (thus denying them the right to the first and most crucial piece of evidence)? Why are they having to fight so hard to be taken seriously? And how on earth will they ever feel safe in public again?

It filled me with a fresh rage that this hideous crime is still happening to people so frequently and in plain sight. The anger I felt on my friend’s behalf coagulated with the anger I felt on my own behalf, and I opened up Google in search of evidence that something — anything — was being done at a policy level or within the criminal justice system to improve the way that victims of spiking are treated.

What I found was worse than I anticipated; not only were cases not decreasing, but, according to a recent report, spiking incidents at house parties have become the ‘biggest concern’ for police officers leading attempts to tackle this crime in England.

It seems that now we no longer only need to be on high alert for spiking when out in a bar, but also when in the safety of a friend’s house — or even in an afternoon performance of a show, mostly attended by children and their parents.

The problematic narrative around drink spiking and personal responsibility was then highlighted in a tweet by Durham University’s Student Wellbeing account, which included the hashtag #dontgetspiked.

Many online commentators, including prominent author Dr Pragya Agarwal, pointed out that the onus on preventing crimes of drink spiking should never be on the victim, but on the perpetrators to stop offending. Framing this news story as a warning to would-be victims not only misses this point, but suggests that the impetus in dealing with any increased incidence of spiking lies with those who could end up finding themselves as victim, rather than targeted efforts to stop it from happening in the first place.

In response to the ensuing backlash, the university account issued another tweet saying ‘[we] will take this opportunity to learn & improve our messages on this important topic’.

Sadly to a woman journalist, the sort of rhetoric of the initial tweet echoes what we so often hear in the wake of high-profile femicides, which so often falls short of addressing the root of the problem.

In this case, what is needed is to prevent people from committing the crime of spiking before it happens. It would require a more proactive criminal justice system than the one we have, which tends to be more reactive, dealing with crimes that have already happened rather than addressing the real cause.

A BBC report in 2019 revealed a rise in recorded cases of drink-spiking, ‘with more than 2,600 reported incidents in England and Wales since 2015’. But as anyone like me who has been spiked and given up trying to get recognition of the crime knows only too well, the real number of victims is likely to be much higher. Why? Because stories from friends and acquaintances about the lack of interest (or ability) in solving these crimes on behalf of the police acts as a pretty strong deterrent from putting yourself through the gruelling task of reporting.

I did report and the case was dropped within days because of a lack of evidence. When my friend asked me whether they should report the crime I faltered, knowing how unlikely it was that the police would take them seriously.

Until we live in a world where the focus is shifted from crime punishment to prevention on behalf of the perpetrators (rather than victims) this is unlikely to change.

As a victim, you hope that no one will ever have to go through what you suffered. To instead watch while more and more people get assaulted, with no discernible or targeted government response is heartbreaking.

A recent petition calling for the government to provide free drink-spiking tests to bars to ‘allow for people who suspect their drink has been spiked to get a free instant result and take any necessary action,’ is a good example of a policy that could help thousands of people that certainly feels more productive than ‘don’t get spiked’.

I don’t know what the answer is, but I do know telling people not to become victims certainly isn’t it.