A mother-of-three has revealed how her stepfather sexually abused her from the age of eight – and shared the moment she finally plucked up the courage to confront him at when she was 30-years-old.

Jacky Coxon, 34, from Hull, was repeatedly assaulted and raped by monster, Anthony Bielby, 67, until the age of 15.

It was a full 15 years because she plucked up the courage to tell her mother what had happened, and Bielby immediately tried to deny it by putting the blame on her.

However, he was sentenced to 20 years in prison after being convicted of four counts of rape, six of indecent assault and one of indecency with a child. 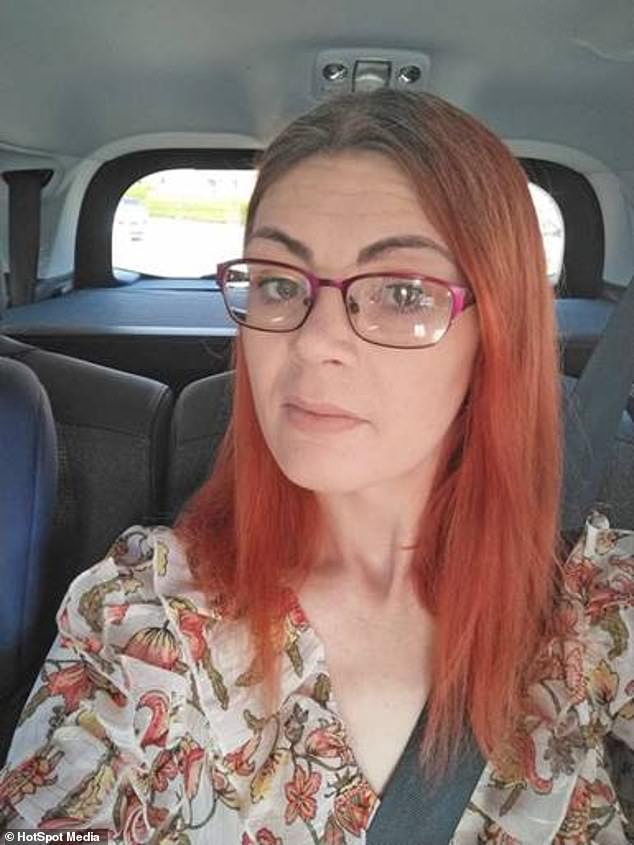 Jacky Coxon (pictured), 34, from Hull, was repeatedly assaulted and raped by monster, Anthony Bielby, 67, until the age of 15

Now, Jacky is bravely waiving her right to anonymity to raise awareness of sexual abuse and to help encourage other survivors to come forward.

‘There will never be closure for what Anthony did to me,’ she said. ‘But I now spend my time helping others come forward and report their abusers to the police.

‘The abuse doesn’t define me, it empowers me.’

Jacky met Bielby when she was six, after he and her mother started a relationship. 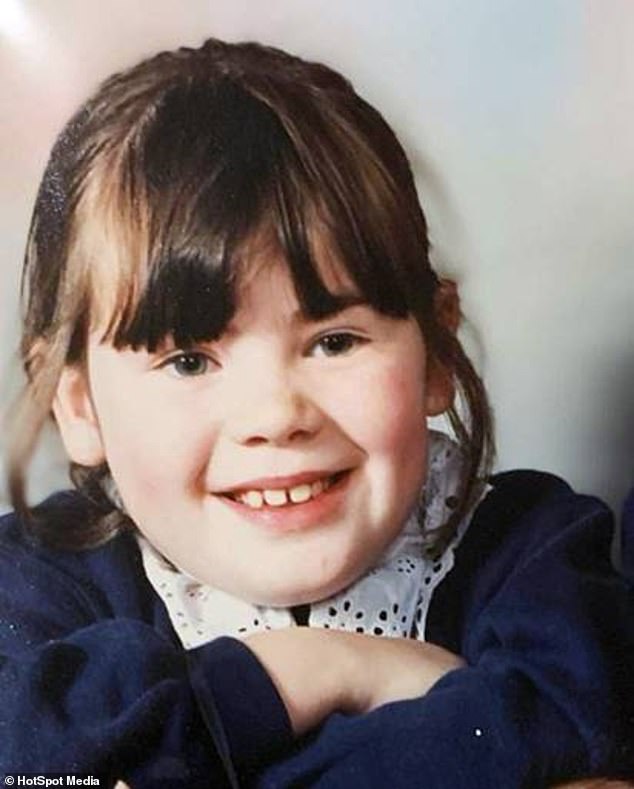 Now, Jacky (pictured aged eight when the abuse began) is bravely waiving her right to anonymity to raise awareness of sexual abuse and to help encourage other survivors to come forward 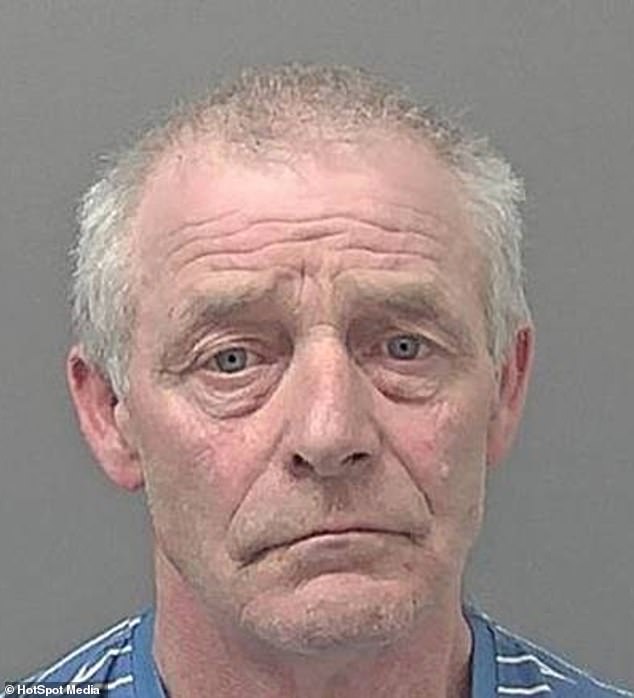 Bielby (pictured in his mugshot) was sentenced to 20 years in prison after being convicted of four counts of rape, six of indecent assault and one of indecency with a child

Her dad wasn’t in the picture, so he quickly filled that gap in her life – and she admits that, at first, everything was great.

‘At weekends, he’d take me and my older brother to nearby nature reserves and for pub lunches,’ she revealed. ‘He spoilt us rotten.’

But when Jacky turned eight, Bielby changed – he began to drink heavily and developed a bad temper.

‘One day, Anthony and I were cuddling on the sofa watching TV,’ Jacky remembered.  ‘Suddenly, he slid his hand down my top and touched my chest.

‘Eventually, he stopped, and got up to make a cup of tea. It left me feeling really confused.’

Soon after, while Jacky’s mother and brother were out, Bielby took Jacky upstairs, where he asked her to lie on top of him.

For a while, they lay there in silence.

‘Afterwards, Anthony said, “This will be our little secret”,’ she explained. ‘Then he took me to the shop and bought me a new toy.’

The next time Bielby took Jacky upstairs, he ordered her to take off her clothes, insisting she’d be more comfortable. 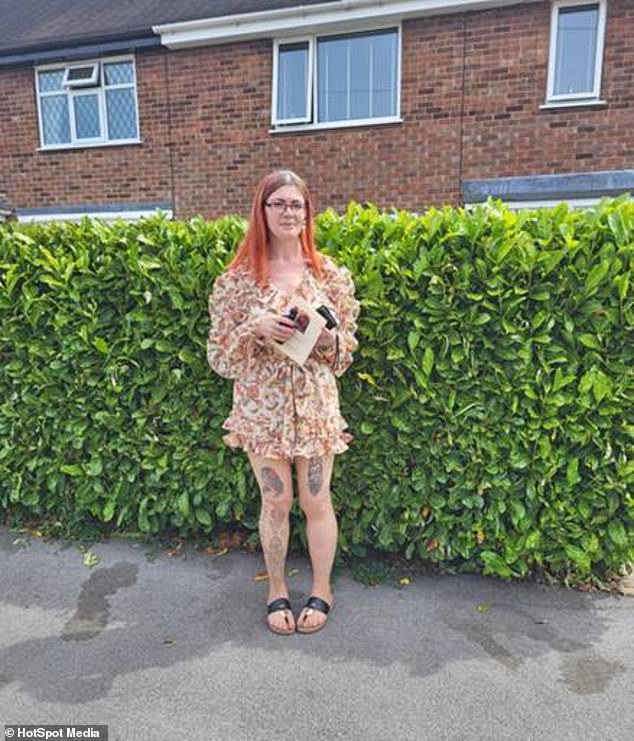 Jacky recalled that he removed his own clothes, and made her lie on top him again – she did as she was told, but felt ‘so uncomfortable’.

As time passed, Bielby’s temper worsened, and when Jacky was only nine, he raped her for the first time.

She had ‘no idea what was happening’ and remembers being ‘in so much pain’ – before being told not to tell anyone what happened. The terrified young girl agreed.

Over the next couple of years, Bielby continued to abuse Jacky. She was desperate to tell her mother, but was scared of him.

He would threaten her to stay quiet and bribe the young girl with sweets and toys, telling her the horrific acts were ‘their little secret’. 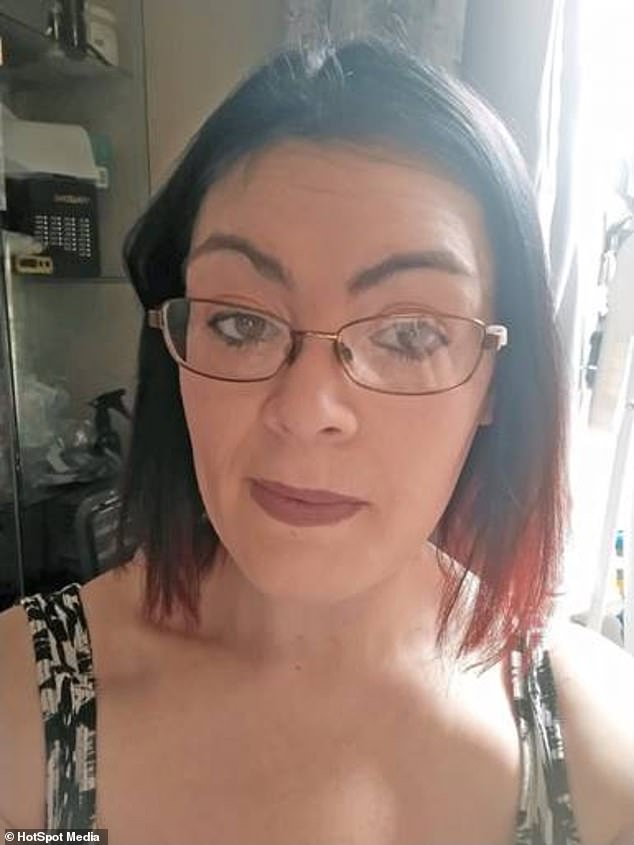 When Jacky (pictured) finally left home aged 17, she moved into a house her mother owned, next door to her family home

‘When I was 10, I learnt about sex education at school,’ she said. ‘It was then that I knew what Anthony was doing was wrong.

‘That night, I confronted him when he asked me to go upstairs with him.

‘But he became furious, and abused me anyway.’

Bielby continued to rape Jacky until she was 15. The only time he left her alone was when she got her period.

‘I didn’t know why it stopped, but I was so relieved to be rid of him,’ she revealed.

When Jacky finally left home aged 17, she moved into a house her mother owned, next door to her family home. 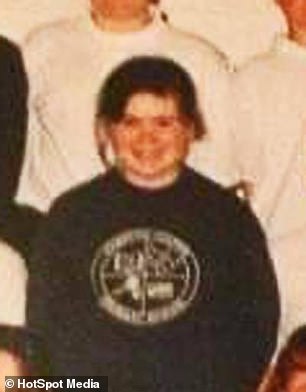 Jacky, pictured at school aged 11, says she knew what Anthony was doing was wrong

She tried to avoid seeing Bielby, instead visiting her mother while he was out.

In time, she met her husband who she confided in and he was very supportive and encouraged her to go to the police.

As the years went by, she’d bump into Anthony in the street and living next door was a constant reminder. Her life was haunted by memories of his abuse.

Jacky lived with the trauma for 15 years, before she plucked up the courage to speak up.

She couldn’t bear the thought that Bielby might abuse other children because he’d escaped justice, so she finally decided to tell her mother.

‘One day, aged 30, I confessed everything to her,’ she said. ‘I went to her house and told her everything. She completely broke down.

‘Then Anthony stormed in from the bathroom, red with anger. He yelled, “I only did it because you wanted it.” I couldn’t believe my ears. I was just a child.’

Three days later, Jacky went to the police and gave her statement. Bielby was arrested, but denied everything.

Jacky was ‘devastated’ that it would have to go to trial, but felt ‘determined to see him face justice’.

‘When I gave my evidence, I stood strong and faced him for the final time,’ she continued.

After a five-day-trial at Hull Crown Court, Bielby was found guilty of four counts of rape, six of indecent assault and one of indecency with a child.

‘I was so nervous that I wouldn’t be believed and he would get away with it,’ Jacky confessed. ‘But throughout the whole process, I felt so supported and protected. I’m so relieved to have finally got justice.’